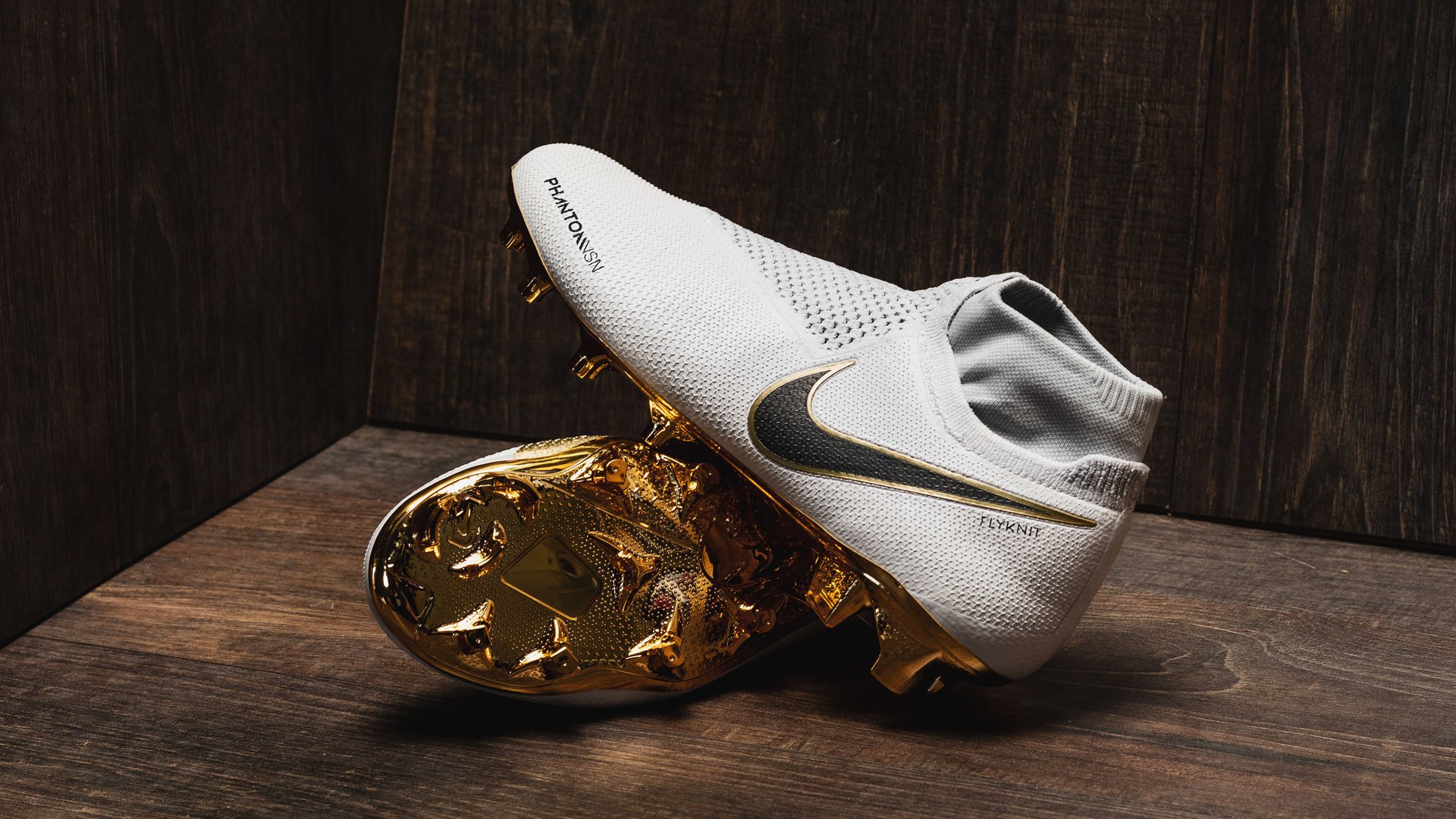 Less than a month ago Nike introduced their brand new PhantomVSN silo, and now they are ready to make their first Limited Edition colourway for the boot. The new colourway is all adding a golden touch to the boot, making the Phantoms stand out.

The PhantomVSN boots are made for the players who sees things in the game that other players don’t. These players are now in for a treat with this unique colourway, that only some certain Nike boots are eligible to get. The PhantomVSN Gold▲ takes inspiration from the original R10 Tiempo boot, which Ronaldinho used during his time at Barcelona. You might remember the epic commercial where Ronaldinho received his white and gold Tiempo and starts juggling, before hitting an incredible crossbar challenge. Its only fair that the new control boot is inspired by the boots of the master of control, Ronaldinho.

Nike has gone with a design that doesn’t disappoint and they have used this white base and golden sole plate combination before. In the long run Nike has given us boots such as the Mercurial Vapor IX CR, Mercurial Superfly CR7 Vitórias, Quinto Triunfo and the Tiempo Legened R10. Now it’s time for the PhantomVSN to join Nike’s golden league.

The PhantomVSN Gold▲ comes with a classic white base, which also is featured on the sock. The Swoosh is made with a metallic golden frame that highlights the Swoosh to its golden standards. The previously red triangle on the PhantomVSN boot is now made in a super shiny gold colour, which is all about the golden touch that the Phantom players possess. It’s their golden touch, vision and unpredictability that makes all of us remember their names. You already know some of them such as Coutinho and Kevin De Bruyne. The rest of the brandings, text and laces are made in the same colour to keep the simple, yet striking, colourway clean.

Moving on to one of the most eye-catching thing of the boot, the soleplate. It’s like Nike has taken a gold bar and added studs to it, not the case here, but still absolutely lovely stuff by Nike. The shiny gold plate just takes the new PhantomVSN Gold▲ and almost give it a legend status, even though the boots only have been available for only a month. The PhantomVSN Gold▲ is online now! Get them fast and exclusively at Unisport!