Nike round off the summer launches nicely with a new fresh colourway for the always popular Nike Tiempo Legend IV, which lands in a combination of light grey, black and neon. It has been in front of the cameras and along with the always brilliant pictures, you get a walkthrough of Pirlo and Pique's favourite boot. 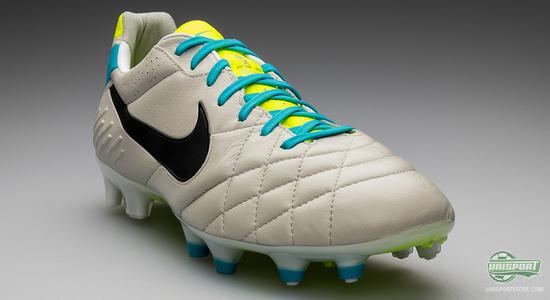 Nike have a very wide selection of boots to choose from and there is something for everyone, but there is one boot in particular, which appeals to just about anyone and that is the Nike Tiempo Legend IV. Kangaroo leather, second to none comfort and a natural touch, all wrapped in a stylish and classic design, which also has a few twists.

You can already pre-order the Nike Tiempo Legend IV ACC Light Bone/Black-Volt here, with an expected delivery in the middle of June  just 152. 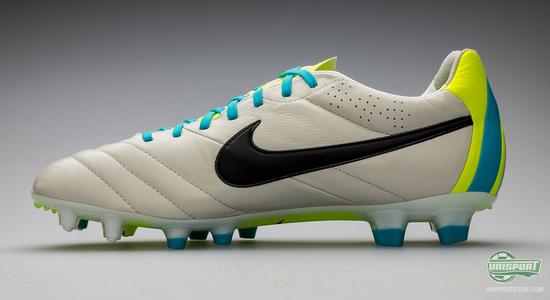 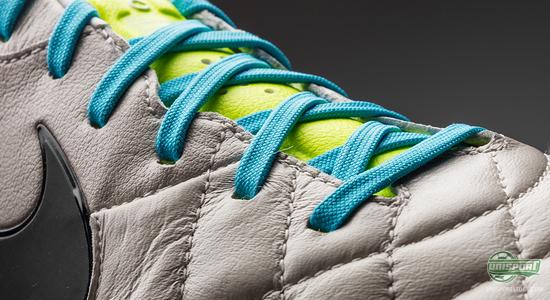 These days it is the vast minority of boots that are made with kangaroo leather, but the Nike Tiempo Legend IV is one of the few. The frontfoot is produced from the exclusive material, which is known for its softness and suppleness. After having played in the boots just a few times, the leather will shape itself and wrap itself around your foot, so you get a personal fit, which you will never grow tired of. 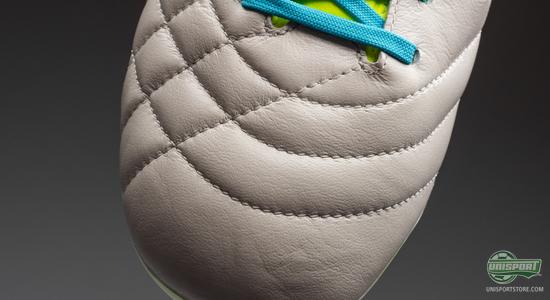 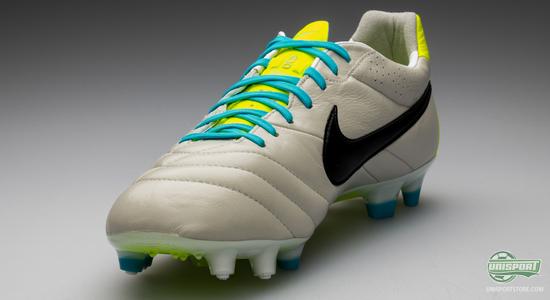 Across the delicious kangaroo leather frontfoot, Nike have fitted special stitching and this is for more than just aesthetics. They are tactically placed to make sure the fibres in the leather don't get weaker with time and this makes sure it doesn't stretch and expand more than necessary. This is why the boot will feel a little tight to begin with, but once you break it in and the leather expands, it will be perfect and thanks to the stitching it will also stay perfect. Furthermore, they also create small pillows, which give a soft and dampening touch on the ball. 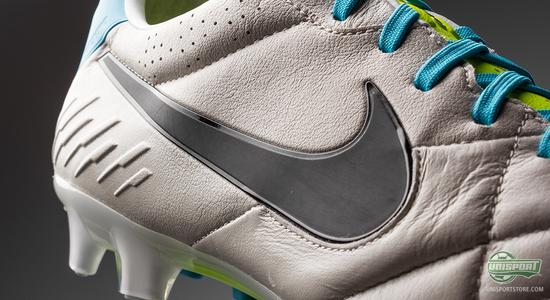 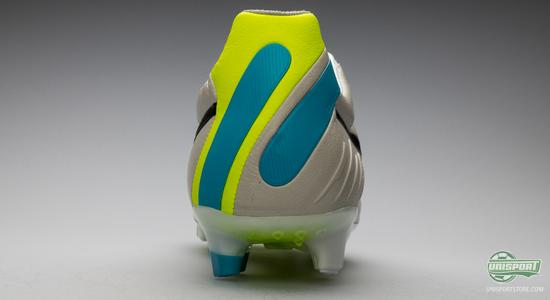 To give even more stability to the boot, Nike have used their synthetic leather emulating material Kanga-lite, from the midfoot and around the heel. Kanga-lite weighs less than leather and also takes in far less water, which makes sure the boot is kept as light as possible. At the same time it doesn't expand in the same way as natural leather and you can therefore be sure that you will keep the tight feel around the midfoot, for the entirety of the boots lifespan. 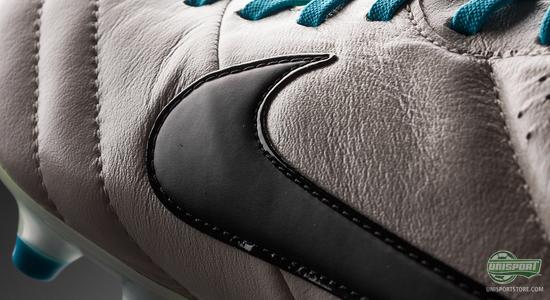 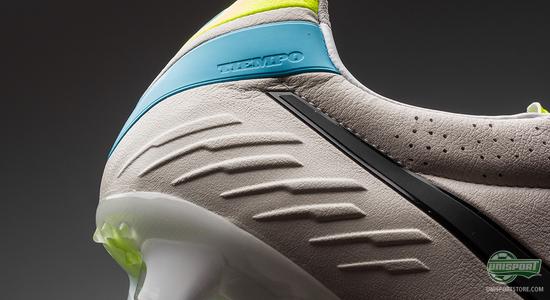 Nike Tiempo Legend IV is the weapon of choice for many stars and it doesn't limit itself to one position on the pitch. In the defence Barcelona strongman Gerard Piqué swears by it, in the midfield Juventus' Andrea Pirlo pulls the strings and in attack United player Javier Hernandez terrorises defenders, all with the Nike Tiempo Legend IV. Nike themselves call it the boot for everyone and it is a boot, which can adapt to the needs of anyone. 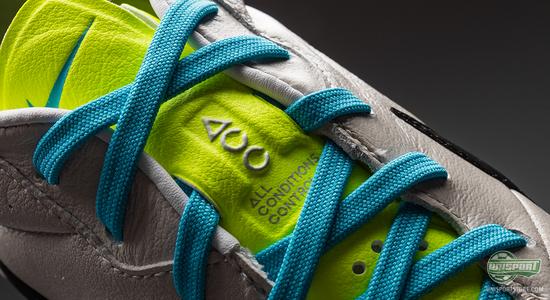 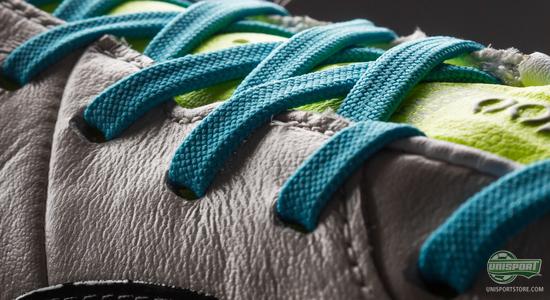 Even though it is a more classic boot than others on sale, it is not devoid of modern technology. Nike have incorporated their ACC-technology (All Conditions Control) in the upper, which ensures you have the same grip on the ball, when playing in wet weather, as you would otherwise have in dry conditions. Furthermore the ACC is worked into the upper and will therefore not be worn down in time and you will therefore enjoy the effects, for as long as the boot lives. 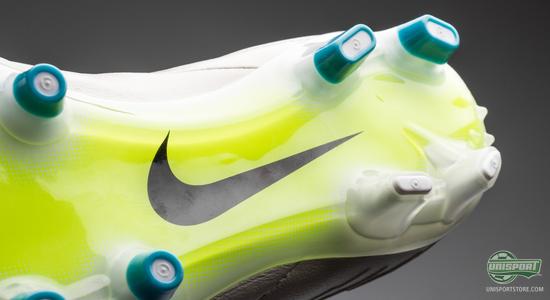 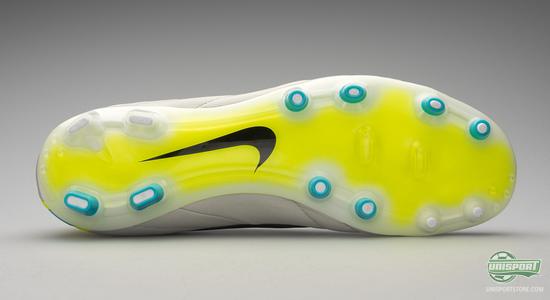 The stud-configuration is built up around classic conical studs, which give a stable platform and therefore high levels of comfort, all without compromising on your pitch grip. To improve acceleration Nike have equipped the boot with blades under the heel and beneath the midfoot, so you get a strong kick off from the ground. 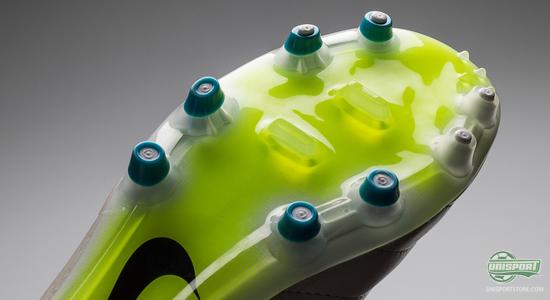 You can already pre-order the Nike Tiempo Legend IV ACC Light Bone/Black-Volt here, with an expected delivery in the middle of June  just 152. 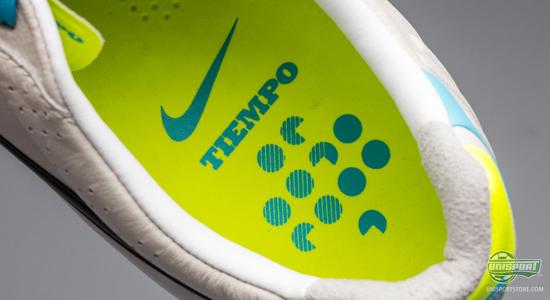 The boot is one you know well, but the colourway is most definitely unseen. What do you think? Is it something you might get? Share your thoughts in the box down below and join the debate on Twitter and Facebook.