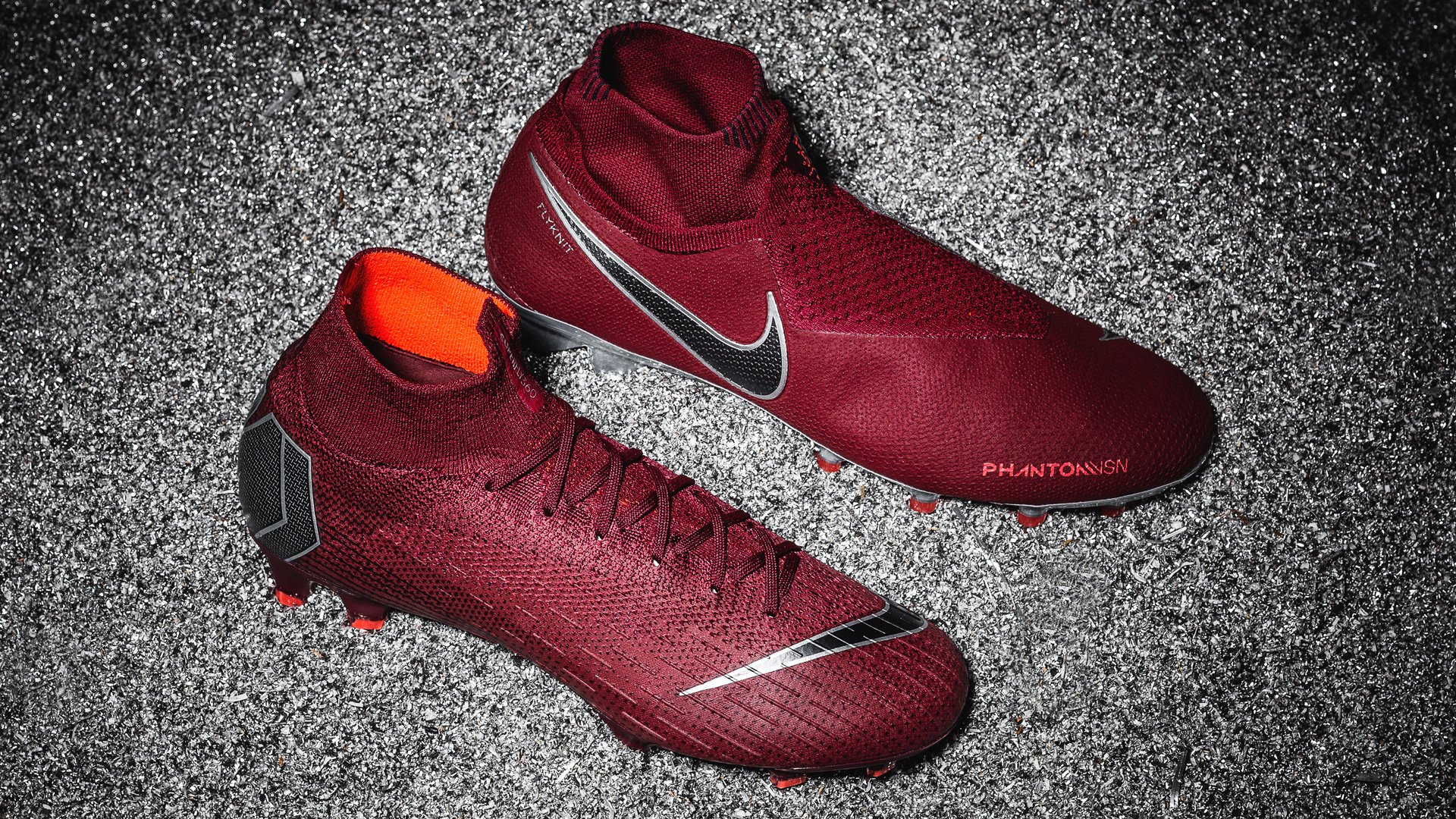 Around same time last year Nike introduced their Elite Pack from out of nowhere, surprising all including us at the Unisport HQ. This year the surprise part was kept down, but the colourway was taken a notch up. Let’s take a look at the new stunning Rising Fire boots.

Most leagues are already up and running after a hard and entertaining World Cup. Some players have switched clubs, others are coming back from their vacation which means that some of the youngsters are getting their chance, to show off their skills. The Rising Fast Pack is made for the fierce, explosive and unpredictable playstyle of the new and upcoming stars. It’s made for youngsters that blaze through their opponent’s defense, creating fire, chaos and moments that fans never will forget. Be like the youngsters and bring the fire to the game with the Nike Fire Pack.

The new Nike football boots comes with a fresh and colourful maroon colourways, combined with silver highlights on the brandings of the boot. The Rising Fire Pack will include new colours for the speed and precision silos, which includes the Superfly, Vapor and PhantomVSN. This will mean that Nike will cut out the Tiempo and Hypervenom boots for the Rising Fire Pack. But no worries! We still got you covered with the Stealth Ops Pack and the Raised on Concrete Pack .

The Mercurial boots will now have their Swoosh placed on the toe box again, as we saw it on the release colourway of the Supefly and Vapor. The silver details are placed on the Nike Swoosh and around the brandings on the heel, to make this even more visible. The PhantomVSN has a more dominant silver design, with the control triangular made in complete silver, to highlight the control zone.

The more interesting thing might be which players that are going to play with the boots. The boots are made for the upcoming stars of the game, so you might expect to see Mbappé rock the Superfly and a player such as Timothy Weah wearing the PhantomVSN.

All in all it’s going to be excited to see who Nike is backing to be the next star of tomorrow with their Rising Fire Pack. It might be you! Why not? Get the Rising Fire Pack at Unisport from today!

The boots will be available in our Nike Rising Fire Pack collection here.