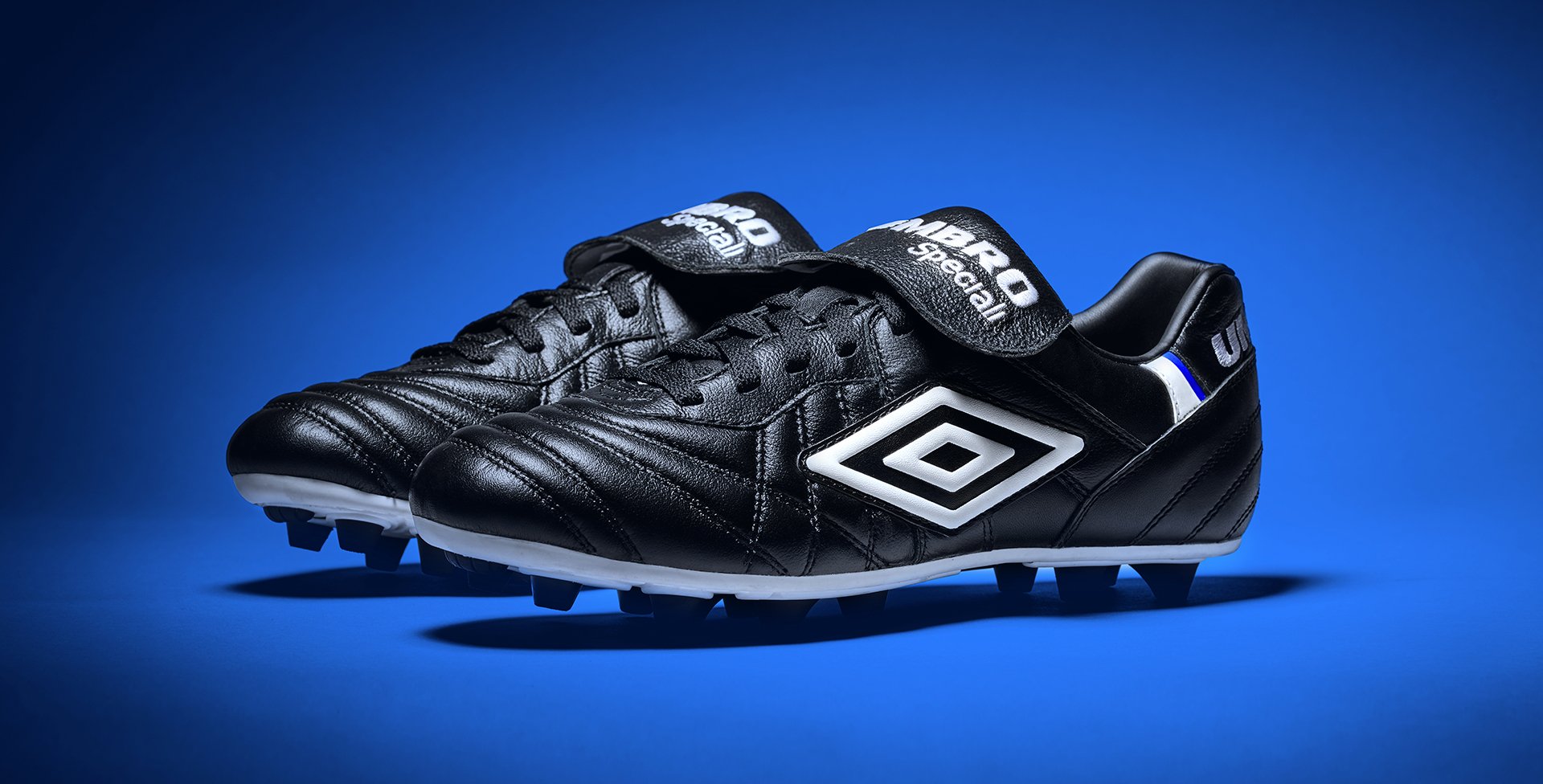 The Umbro Speciali has been a source for iconic moments for many years. Umbro is now ready to reveal their Speciali 98 boots, which is inspired by a magical goal made in ’98!

20 years ago a special person wore the Umbro Speciali boots. It was a young Michael Owen that that ran on the pitch against Argentina at the 1998 World Cup. Owen scored an iconic goal, which kickstarted his fantastic international career, which later also resulted in Owen winning the Ballon d’Or and lift several league and cup trophies.

Twenty years later since Owens magical goal against Argentina, Umbro has relaunch the 1998 Speciali as a part of their Speciali 98 collection.

The new model of the Umbro Speciali features a super soft, water repellent K-leather, which is crafted to the same specification as the original boot, so you get the same magical effect as Owen did. Umbro has furthermore also taken the Speciali 98 upper and made it more thin and lighter, which ends up with being a lightweight boot with a great touch and feel. The update is made to make the Speciali 98 more modern, so it fits into the present game. But you can’t go full modern, you still need some class and retro look, and that’s what the famous fold over tongue provides, and it’s made in the same dimension as the original boot.

The outsole on the Speciali 98 is made with from TPU and with a wishbone technology, which supports the midfoot, while the Memory Flex grooves mirrors the natural movement of the foot. Furthermore, the pre-moulded sockliner also provides the level of comfort and support that you need, and which also made the Speciali world famous back in the days.

Fancying getting yourself a Speciali 98 boot, or are you a big fan of Owen? Then make sure to grab your pair on the 1st of September.

You can get your boots from the following link!