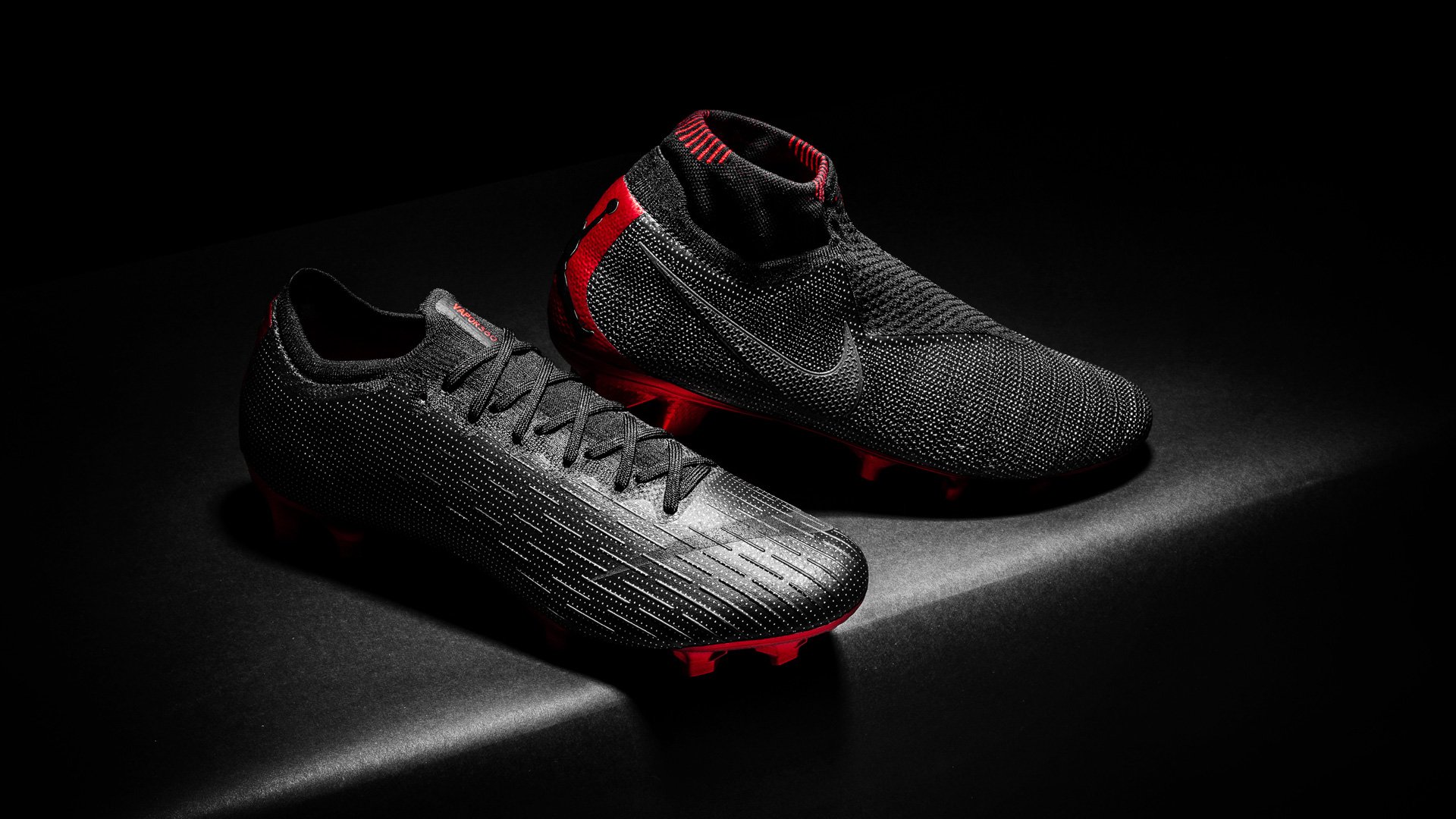 13.09.2018 is a huge day in the fashion and football world. Front runners in sports and fashion, the Jordan Brand, has teamed up with the perhaps most hyped team in the world of football: Paris Saint-Germain.

In collaboration the two sides have launched a stunning collection featuring performance and lifestyle offerings, including two special edition Champions League only match kits, footwear and apparel. The kits are built on a Nike Vaporknit Match template and feature clean black and white colorways with red accents that will be used as the club’s third and fourth kits. The goalkeeper kit comes in bold Infrared, a nod to one of Jordan Brand’s heritage colors. Like one the match kits, the collection's lifestyle gear, which include hoodies, a Paris basketball shirt, jacket etc., feature a clean black and white design.

“We’re excited to unite these two passionate communities by putting the Jumpman on the chest of Paris Saint-Germain to continue fueling the energy for sport and style globally,” says Jordan.

A thing worth noticing in the Jordan x Paris Saint-Germain Collection is the presence of the Air Jordan 5. The ultra popular sneaker hit shelves in 1990. It maintained the mesh side panels with its predecessor and took another bold step with its look—it included the first appearance of a translucent sole on a Jordan signature sneaker. Tinker Hatfield drew inspiration from World War II era fighter planes when he implemented the infamous “shark-teeth” look into the sneaker's design along the midsole.

“In the United States, if you hear Jordan you probably think it’s a basketball or hip-hop event. No, in Paris right away ‘it’s Jordan’ — it’s not just for basketball players or the hip-hop community,” says Laurent Nicolas Bourgeois, one half of the acclaimed dance group, Les Twins, along with twin brother Larry Nicolas. “We are one of the biggest fans of Jordan in the world. We are super fans.”

Since 1990, Michael Jordan's 5th signature model has been re-released tons of times, and maybe they picked this pair for the collection because Neymar Jr. loves them so much. And so do we, Neymar, so do we. Jordans in general are somewhat of a phenomenon: what started as a performance shoe is now a fashion item that represents a whole community. And with this collection, you can get your pair and become a part of the hip-hop family.

But hold on a second, Jordan is a basketball brand. What is it doing on a Champions League kit and some football boots? And that’s the funny thing, while it might seem a bit weird, it actually totally makes sense. The story of the Jumpman in football started with the Neymar x Jordan collab in 2015, but now, Nike have mixed football and basketball to merge two of their biggest lifestyle and performance beacons in a completely kick ass collection to bring the Jordan hype to football as well. Furthermore, PSG is one of the hottest brands in football right now, especially with Neymar and Mbappé in the front, and combining that with one of Nikes other big hype brands is a no-brainer.

“I can’t wait to see PSG and my guy Neymar rocking the Jumpman. Every time I visit Paris, I feel like there’s more energy for Jordan in the city. Putting the Jumpman on PSG is going to take it to another level,” says NBA All-Star and Jordan Brand Family Member Jimmy Butler on Jordan x PSG.

And we agree with Butler on this one. The partnership between Paris Saint-Germain and Jordan Brand perfectly reflects the ambition of both brands to combine style, performance and innovation. And it's gonna be super dope to watch Neymar, Mbappé and co. perform in the World's biggest club tournament in these kits and cleats.

As you can see on the photos above, the Mercurial Vapor & PhantomVSN in the collection channel the predominately black-and-white look of the kits, but also adds a strategic use of red, another Jordan heritage color and prominent color on Paris Saint-Germain kits. Additionally, each product features a unique remix of the two iconic logos, placing the Jumpman in the Paris Saint-Germain crest.

On-foot there’s no denying that the boots look cool, but apart from the colourway and the Jordan logo on the heel the boots are more or less the same looking at the tech. With one exception; the Vapor 12 Elite is built with a Flyknit upper that wraps the foot which has the Speedribs engineered into the upper to give you more grip on the ball. And of course, it still maintains its anatomical soleplate to give you a feeling of being one with the boot. However, there’s now a solid silicone NikeSKIN coating to allow for the graphic print instead of the silicone gradually fading to be less solid like on the normal Vapors. And while it feels a little stiffer, it may not be something too many people will notice. And can I just say that I love how the Vapor 12 Elite is more or less a perfect replica of the infamous Flyknit Ultra Fire edition - so if you missed out on that, now is the time to be on your toes…

The collection's Phantom Visions are made with an internal Quadfit mesh sock for lockdown and strength, a super thin and flexible Flyknit upper for comfort and a microtextured silicone coating for an optimal touch on the ball - plus, of course, the lace cover giving you a cleaner striking surface. And honestly, both boots perform AND look great, so I wouldn’t mind wearing any of them.

PSG will debut its Jordan kit, gear and boots on September 18 during European competition. And you can get the gear from the Jordan x Paris Saint-Germain collection from September 14 right here at Unisport.