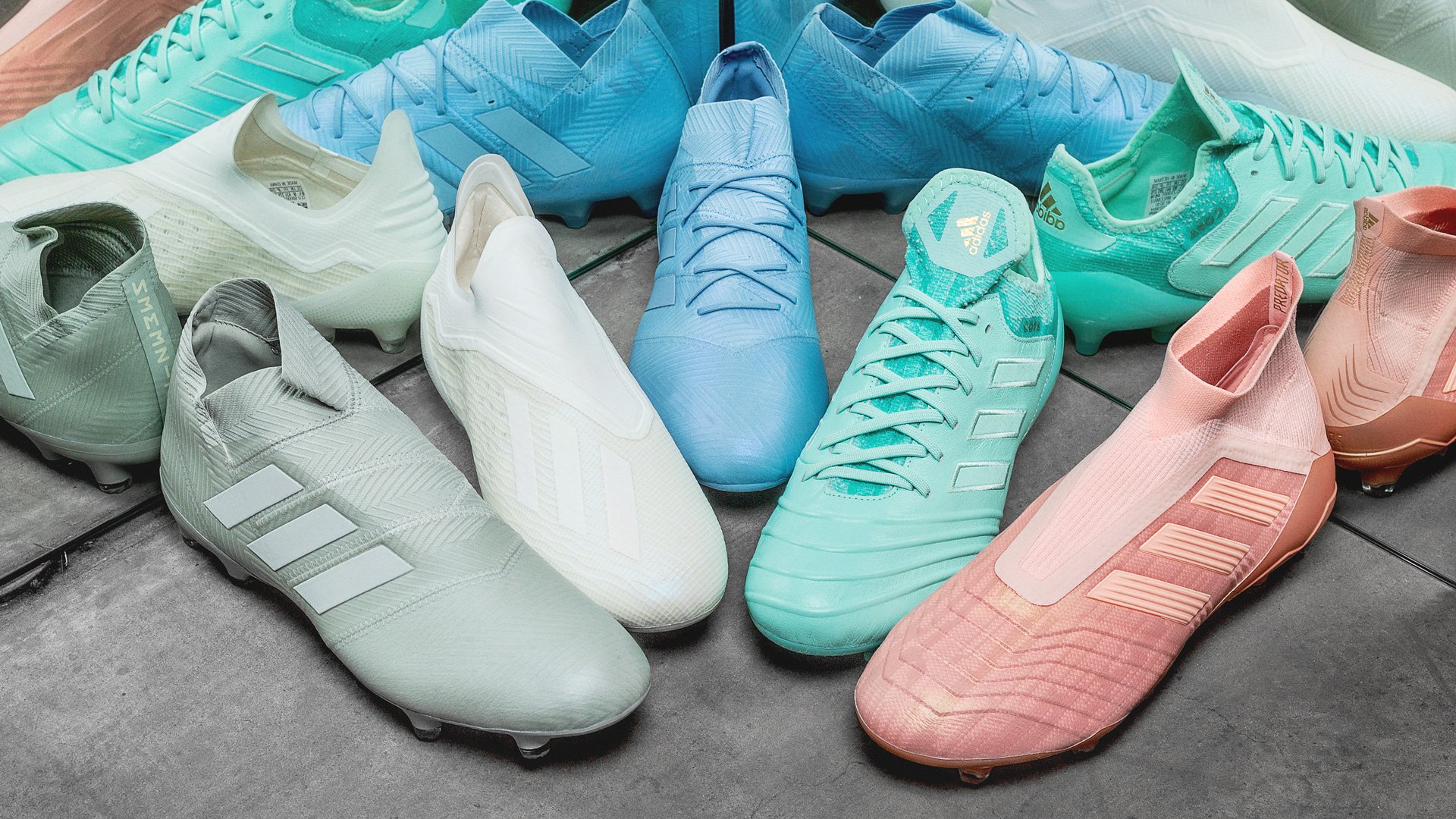 Pastel colours seems to be the new black this season, and we’ve previously seen adidas clubs such as Bayern München, Real Madrid and Juventus get new kits with pastel colours. Now, adidas takes the colours to the boots, which gives a toned down colourway, but still made eye-catching pack.

The season is fully ongoing and to give the extra energy, that the player’s need, adidas has launched their brand-new Spectral Mode Pack. The Spectral Mode is made in brave colours, which will both shock on the pitch, while also impress the footballing fans worldwide. The inspiration comes from the spectacular, made for the elegant player that surprises everyone with his light on it feet and almost ghostly movement. Once again, the pack will feature new colours for all boots so you will get the possibility to get a new Messi boot as well. Exciting stuff by adidas!

You may say that all colours are something special, since we’ve not really seen a colourway like this before. But one of the most eye-catching boot of the pack is definitely the adidas Predator 18+, which is made in almost the same colourway as the new Manchester United Away Shirt. The Predator 18+ is combining different shades of pink, which gives the control boot a nice look. We’ve previously also seen pink boots but made with more striking pink colours.

One of my personal favourite from the Spectral Pack is without doubt the Copa 18.1 boot, which literally has got a mint look. The classy Copa boot is made with a strong mint green colour, while gold details have been added on the brandings. A shame that the professional players don’t fancy these classy leather boots, so we could see them in action…

The X 18+ is like meant to be for Marcelo, Benzema and Bale, when they combine the boots with their Real Madrid 2018/19 Home Shirt. The X silo is made in a complete whiteout, while different shades of white highlights the brandings, soleplate and Claw collar. Moving on to the Nemeziz 18+, which is a bit more toned down compared to the rest of the pack. The Nemeziz are made with in a greyish colour, and is kept rather simple. But adidas somehow makes up for this by giving the Nemeziz Messi 18.1 a light blue colour, which surely is going to fall in Messi’s taste.

Are you up to put some more colours into autumn? Then pre-order your Spectral Mode boots right here.

You can find the full collection of the Spectral Mode right here!
We use cookies to improve your experience, show you products you may like and save your cart. Continue if you're ok with this, or read more in our privacy policy.