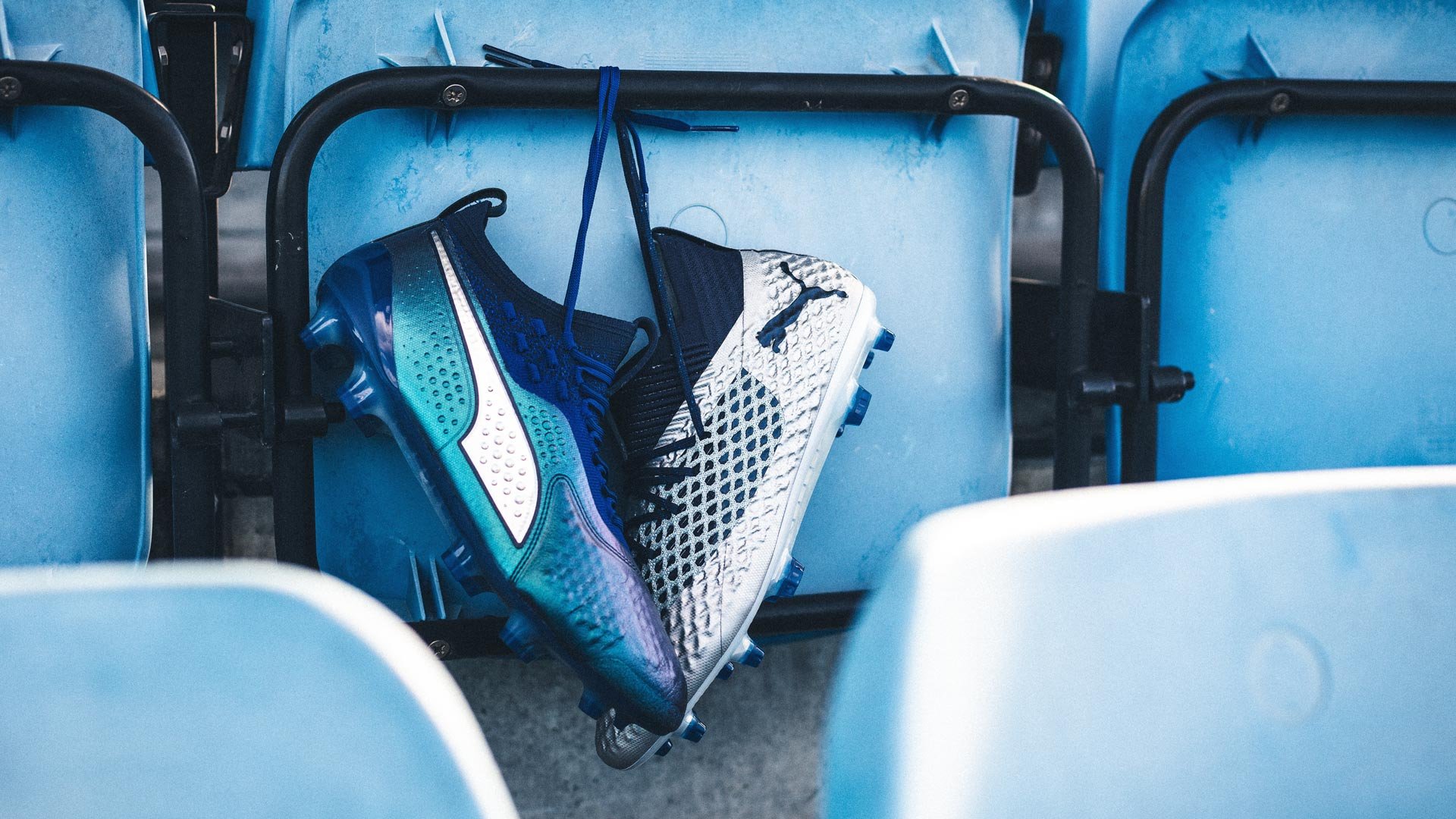 When saying darker days, then you might already be thinking on rainy and chilly days. If this is your first thoughts, then you might not be all wrong, at least if you live in Scandinavia, then this is the scenario throughout the entire winter. The new PUMA Stun Pack gives the Future and ONE boots a new blue and silver colour combo, which is going to stun people when they spot you playing in them.

The new PUMA Stun Pack will be visible on the pitch, as some of the very best are going to showcase the boots on the biggest stadiums around the world. You will see players such as Reus, Suárez and Griezmann destroy defenses with their Future boots. While Agüero, Balotelli and Lukaku are going to dominate the box with power and frenzy. They will all stun both players and fans, when showing off their skills and will to hustle all day, every day.

The new Stun Pack Future is all about the snowy and cold days. The Future is made with a silver upper, sole and heel, while dark blue details are spotted in between the 2.1 NETFIT. Furthermore, the blue details are also visible on the evoKNIT sock, which completes the ice-cold look. As usual PUMA puts focus on their 3 main areas: Adapt, Accelerate and React, which all will give you the edge you need to stun everyone. The NETFIT will allow you to customize your boots as you want, which lets the boots adapts to your playstyle. The RAPIDAGILITY outsole is made to give you the advantage in sharp turns and when you need to run fast. Lastly the evoKNIT sock gives the support that you need and is the foundation of your on-pitch reactions.

The PUMA ONE is made in a dark blue colour with purple shades and a silver PUMA Formstripe, which clearly takes inspiration from the non-stop cold rainy autumn days. If you are looking for real ability, pure class and perfect play, then there is only ONE. The boot is all about enhancing every aspect of the game and focusses on feel, fit and fast. The PUMA ONE is made with a super soft K-leather, and textured strike zones for a better touch on the ball. The fit is combined by the FUSEFIT technology and evoKNIT sock, which gives an overall better comfort, lockdown and agility. The RAPIDSPRINT outsole reduces weight and increases the speed, while the stud configuration combines to give you stability and helping make quick turns and bursts of speed.

If you are either the Future or the ONE, then you can stun everyone from today, with the new PUMA Stun Pack, which is available now at Unisport.