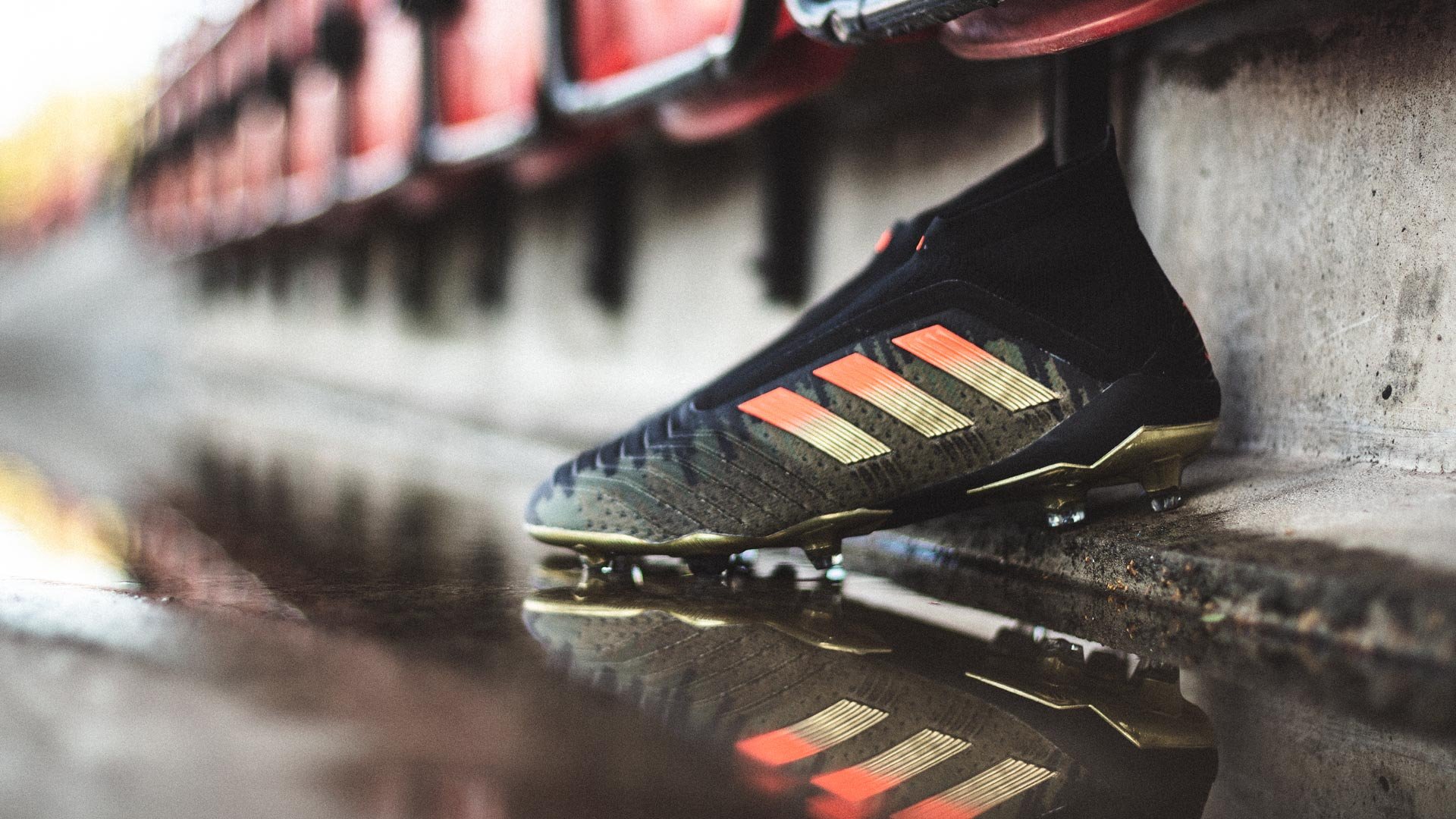 adidas is once again ready to celebrate Pogba with his own collection, and they have teamed up with the Manchester United star, to make the new collection IV. As always, a lot of hype is connected towards the boots when Pogba has taken part in the build-up, so let’s see what the hype really is about.

Pogba is known for many things, but something you always notice, both on and off the pitch, is his personality and creativity. These key elements are something adidas has used, and built into the design of the boot, and the Predator 18+ trainer.

The collaboration between Pogba and adidas has given us some unique products in the past, and the new Limited Edition Predator 18+ Paul Pogba Capsule Collection Season IV is no exception. It represents his creativity and unique sense of style and could be one of the most awesome colourways made for the Predator 18+ boot.

The new Paul Pogba Predator 18+ is made with a military-coloured upper, while the gold soleplate makes the boots standout. But what would you expect? Would it be a Paul Pogba boot, if it didn’t standout just as much as Pogba? I guess not! Furthermore, the boots also features faded red adidas stripes, which makes us think on the Manchester United Home Shirt.

adidas has also included a black pattern which runs around the instep of the boot. The black pattern is inspired by the soundwave of Paul Pogba’s favourite song track. Can you spot the track by looking at the soundwave? If so, hit me up with the song, so I can get my beat on before my next big match this weekend!

The new Limited Edition Paul Pogba Predator 18+ boots is just as it should be. It reflects the Pogba and the person he is, while also add to his style on the pitch, and we, us at the Unisport HQ, just can’t wait to see in action in the big game this weekend against Chelsea. We’re ready to see some magic by the main person himself!

If you want to get the full Pogba style, then you can pre-order the boots from today at Unisport.

Get the Paul Pogba Collection Season IV boots right here
We use cookies to improve your experience, show you products you may like and save your cart. Continue if you're ok with this, or read more in our privacy policy.