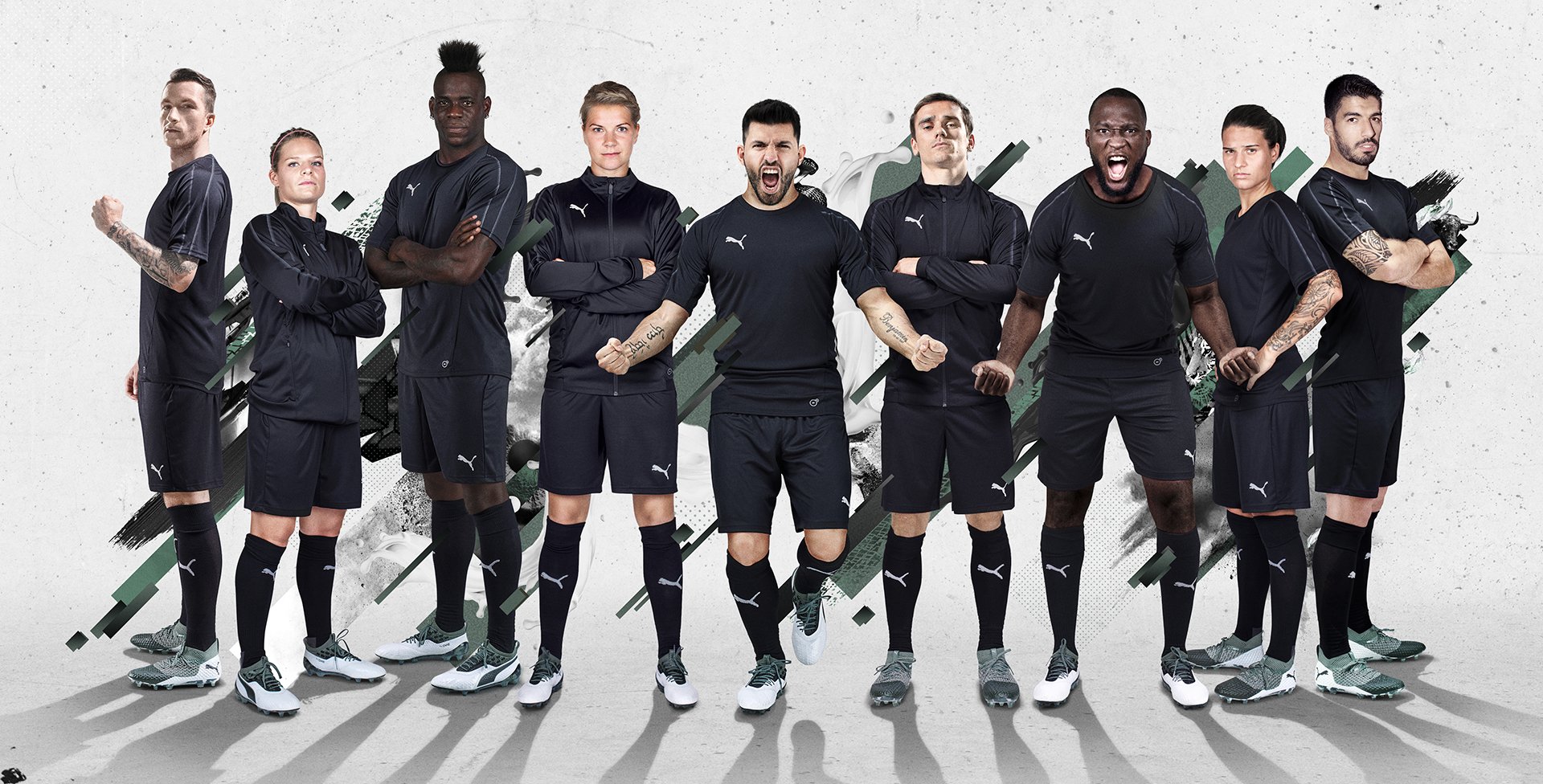 ‘The best defense is a good offense’ might be one of the most used quotes within sports, and this is exactly what PUMA has used as inspiration for their latest PUMA Attack Pack. Read along if you always ready to attack on the pitch.

Power, fury or instinct are some of the ways that the PUMA ONE strikers are going to attack the opponents, when using the PUMA ONE Attack Pack on pitch. The PUMA ONE Attack Pack is made with a predominantly white base, while also featuring army green design elements. The Fusefit-technology on the evoKNIT collar is made with a green and dark faded design, which draws inspiration from the awesome army camouflaged soleplate, giving a complete Attack design. There are no boundaries for Agüero, Lukaku and Balotelli when they get the opportunity to end the game with the Attack Pack.

We mustn’t forget the creative players who uses agility, precision and creativity, to create the game and set up the offensive players. Their attacking mindset is there reason for all the attacks, as they orchestrate every move of the attack towards the opponent’s goal. The Future is made in a split army green and white design. The midfoot and heel is made in white, while the NETFIT area and evoKNIT sock is made in the army green design, which connects the Future and ONE boots together. The soleplate of the Future also comes with a digi-camo design, just in a brighter edition, which distinction the two types of players on the battlefield. The sky will be the limits for Griezmann, Reus and Suárez, when they are the pitch creating the attacking wave.

Are you thinking about joining the attacking force? Then you can get the PUMA Attack Pack exclusively at Unisport from today!

Browse through our PUMA boots right here!
We use cookies to improve your experience, show you products you may like and save your cart. Continue if you're ok with this, or read more in our privacy policy.