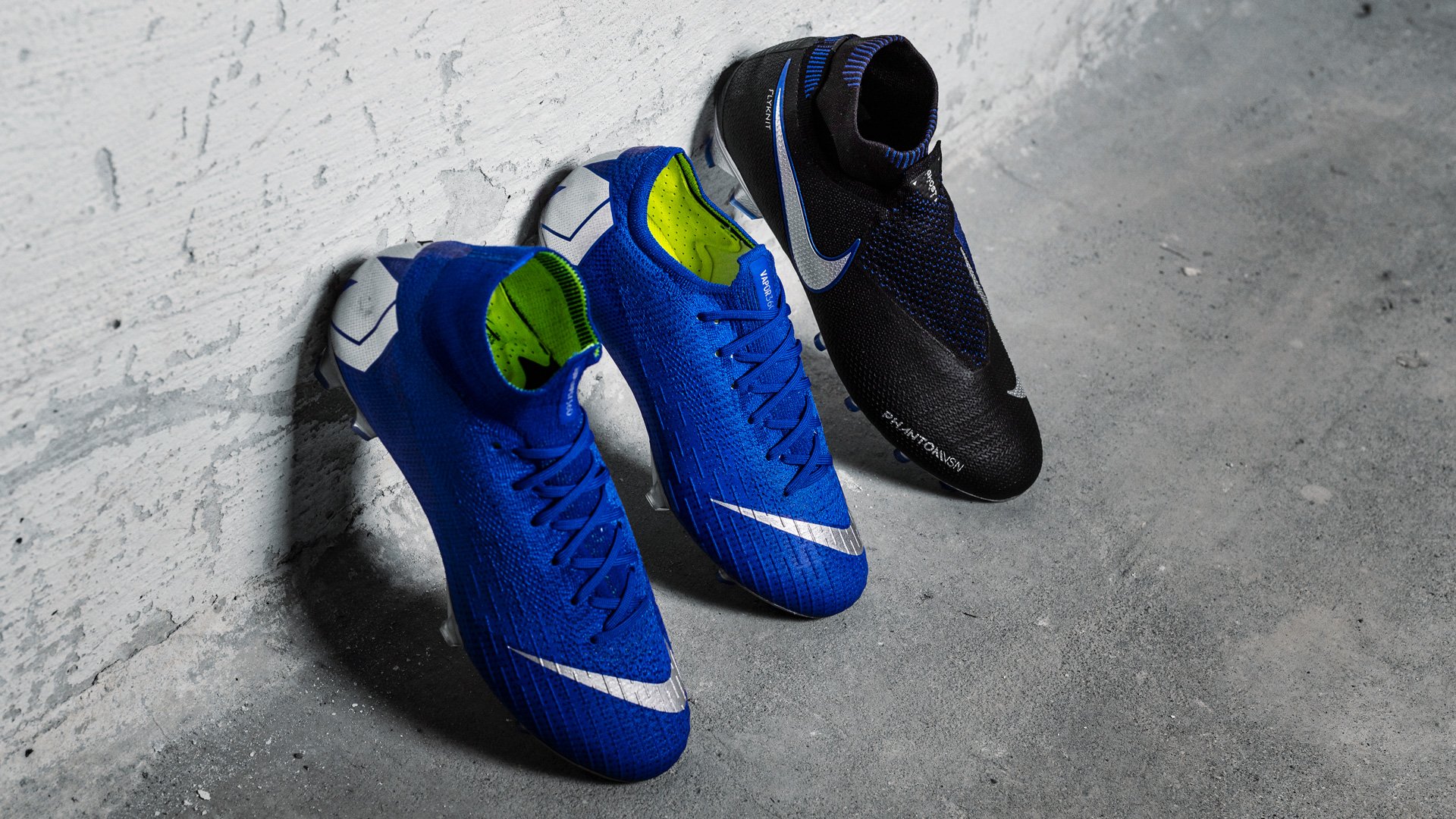 Not this isn’t an error, or us posting the same news twice, this is a new colourway made for the Mercurial and Phantom boots. Last year we saw a similar surprise from Nike, with the highly popular Fire and Ice Pack, so get comfy, while we go through the new Always Forward colourways.

You might have wondered a lot about why the Always Forward Pack included blue Nike boots for almost all silos except the Mercurial silo. But there is a reason behind all this fuzz, and it’s because Nike wanted to give us two awesome colours, which Always will make you move Forward. The second wave of colours of the Always Forward Pack, will complement the current Always Forward colourway.

The inspiration for the boots is still the cold winter, where the biting cold winds and darker days are at their highest. This means that the blue and black combination will go onto this second wave of Always Forward boots, offering you a new and awesome blue colourway for the Mercurial and Superfly boots. Something some of you ‘missed’ on the first launch of the boots, but luckily Nike got you covered with these neat boots! Personally, I can’t wait and hope to see Hazard combine the Mercurial Vapor boots together with the Chelsea Home Shirt, which could be one of the best combos so far this year?

The PhantomVSN is also suited in an entire new colourway, as it comes as a black boot, made with a silverish soleplate with blue details, while the triangle, which is placed on the inside of the PhantomVNS, is made blue. The blue details on the PhantomVSN is made to keep the boot connected to the Always Forward mindset, but still offering you a new stunning colourway. Once again, I hope to see some of the best Phantoms of the game, such as Coutinho, Mahrez and De Bruyne, showcase the new PhantomVSN on the pitch.

Many of us have already switched to the indoor or futsal courts, but this shouldn’t stop you from Always moving Forward. Nike has made sure, that football never stops by making their popular football boots ready for the indoor courts. You can now get the second wave of the Always Forward Pack optimized for indoor, so you can rock the full look either outside, indoor or why not even both places, if you’re truly passionate about football.

The Nike Always Forward colourways for the Mercurial Superfly and Vapor, and the PhantomVSN, are available from today. But you can get the Mercurial boots exclusively at Unisport, so don’t wait too long before getting your pair, or it might already be too late!

Browse through the Always Forward collection here
We use cookies to improve your experience, show you products you may like and save your cart. Continue if you're ok with this, or read more in our privacy policy.