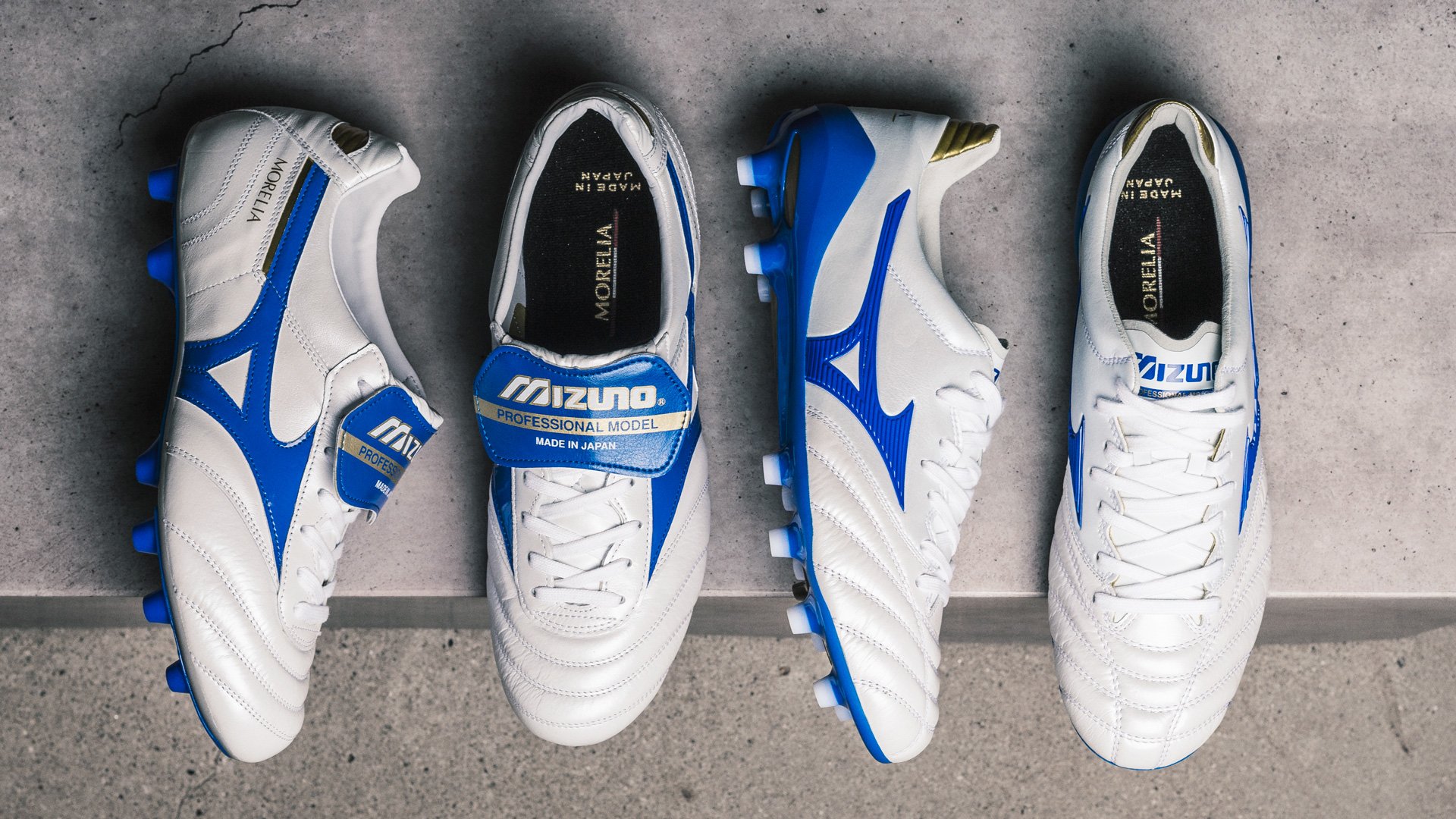 Two weeks’ time ago Mizuno launched their Mizuno Wave Cup Legend. A boot which was inspired by Rivaldo’s 2002 World Cup boot. Now they are ready with an entire Wave Cup Pack, suiting the best leather boots on the market with the 2002 Mizuno World Cup colours.

The Mizuno Wave Cup is inspired by the iconic Mizuno Wave Cup Legend boots, which is a remake of the classic Mizuni Wave Cup. A boot that was customized after Rivaldo’s feet, making him even better, and perhaps this was a factor in making him one of the best during the 2002 World Cup tournament. Rivaldo was rewarded with 3 MOTM awards, scored 5 goals and won a World Cup medal during the 2002 World Cup, so you can understand why Mizuno is going to make a full Wave Cup Pack.

The popular Morelia boots are of course a part of the Wave Cup Pack. The Morelia Neo II comes with its well-known premium K-leather, which enhances your touch and ball control for a secure fit. The Morelia Neo II is all about incorporating a modern design into a traditional boot. This is something Mizuno nails with their perfect mx of a lightweight core and flexibility. With other words, the Morelia Neo II offers you the best possible conditions to perform at the highest possible level.

The Morelia silo also contains the highly popular Mizuno Morelia Neo II Made in Japan, which is Mizuno’s signature silo. Every boot from the Made in Japan collection is handmade in Japan, to honour their heritage of football boots design. The boots are known for their high-quality leather, while they weight is kept at a minimum. The Morelia Neo II MIJ is with other words an innovative boot, that secures you a luxurious fit and touch. You’re guaranteed a supreme quality and a boot that feel like it’s made for your feet, no matter which Morelia boot you choose!

But Mizuno also offers their Rebula 2 boot, which is all about a light and flexible feeling, which gives you the possibility to get a full control of the game. The Rebula 2 is made with K-leather and the innovative CT frame, to improve your interaction with the football. Mizuno has placed a mesh, that wraps your foot to give a secure fit and lockdown, which in the end gives you a barefoot experience. If you are all about the Made in Japan experience, then you can also get the Mizuno Rebula 2 as a MIJ version, handcrafted for the best possible experience.

Get the Wave Cup pack at Unisport from today.