Adidas Predator LZ II has gotten a new paint job to mark the start of the new season and with this particular colourway Adidas take us back to the launch colours of the first generation of Predator LZ. As always with colourful boots like this, it will probably divide opinion  so take a look and judge for yourself if you like the new Predator LZ II Blue/Orange/Running White. 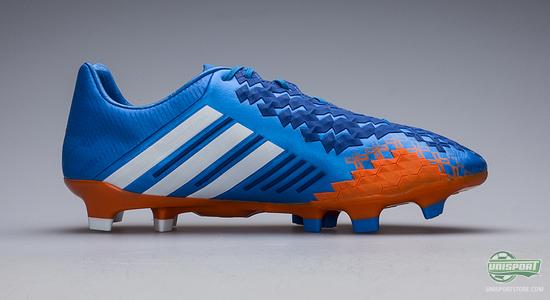 In the spring of 2012 Adidas moved the revered Predator-collection in a new direction, when they waved goodbye to the classic Predator boots with a leather upper and hello to a synthetic boot, which was built up around controlling the game. Predator Lethal Zones was born and the boot is now running on its seconds generation in a brand new colourway, which reminds us a lot of the first ever LZ's launch colourway. 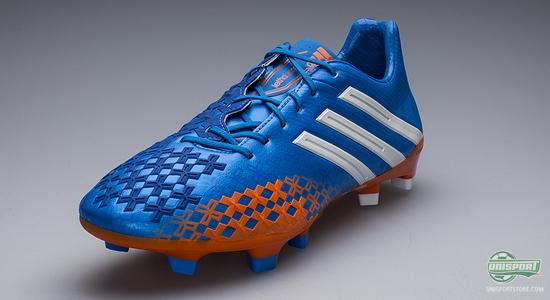 The new colourway of the Adidas Predator LZ II has been given a blue overhaul and after being launched in a Ray Green/Electricity/Black colourway, both of which are colours Adidas are big fans of using. The upper itself is blue, with two of the Predator LZ's elements being coloured with Adidas' sharp orange colour. The sole is also orange, while Adidas' iconic three stripes adorn the boots medial and lateral side. 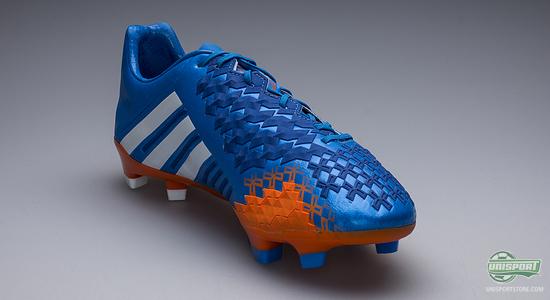 In other words we wouldn't blame you for confusing this boot with the the first generations launch colour, as they resemble each other quite a lot. You have to wonder whether this was an intentional choice from Adidas, to make the boot resemble the previous Predator so much? 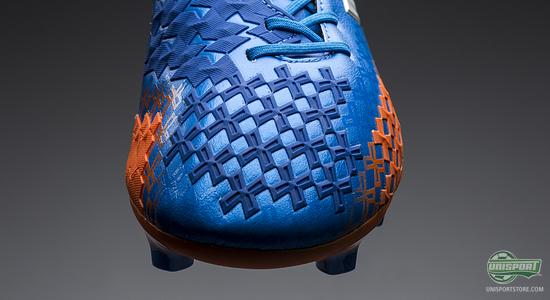 Unlike with the first colourway of the Predator LZ II, Adidas have chosen to just colour in the Sweet Spot and Dribble-zones, which gives the boot a more simple and sleaker look  and from Unisport's headquarters we tip our hat in appreciation. 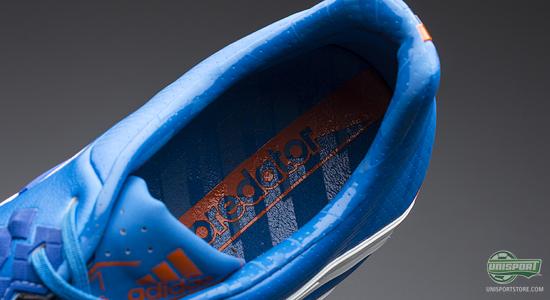 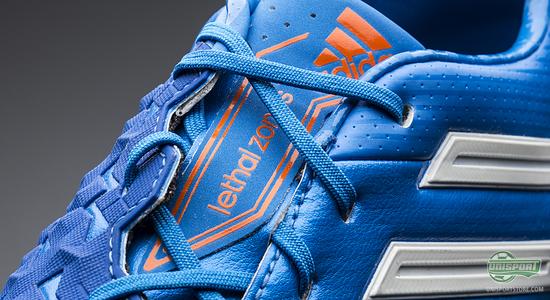 The new generation of Lethal Zone boots has been welcomed with open arms and most Predator players have all happily hopped in the new boots. The boot has only seen minor changes to the previous generation, but they were all positive. The biggest changes have come the way of the LZ-elements, which have been made more flexible to give you more control. 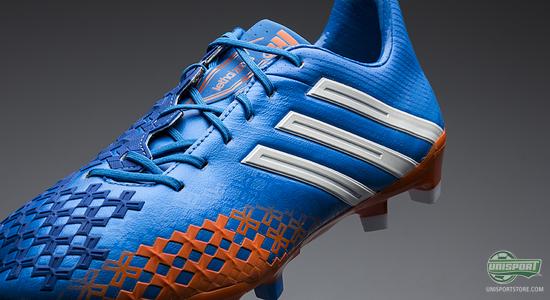 Control is the key; on average a professional player has between 60 and 80 touches during a game, which is less than one a minute. Therefore it is imperative that each touch is done with perfect precision and control. This is what the Lethal Zones are made to do, with each specific zone serving a different purpose. 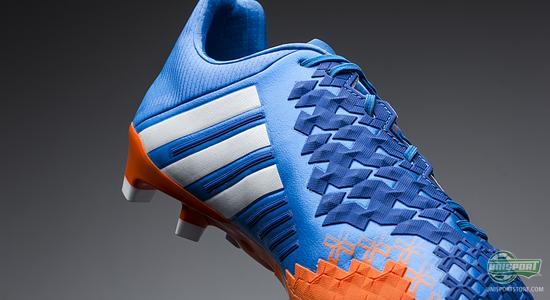 The upper is a new generation of the Hybridtouch-material, which we were introduced to on the previous Predator LZ boot. It ensures a leather like comfort, but still has the advantages of synthetic, with the low weight and reduced water intake. 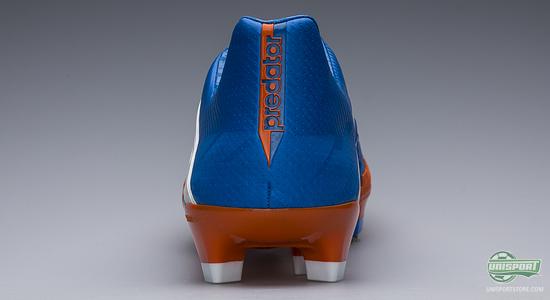 The wish for more control is definitely obliged by the five Lethal Zones, which cover the entire upper of the boot and ensure you are in complete control of the ball, no matter what situation you are in. The zones have gotten a new and bigger design, which means that they move more naturally in accordance to your foot and you can therefore enjoy their technology, no matter how your foot is positioned. 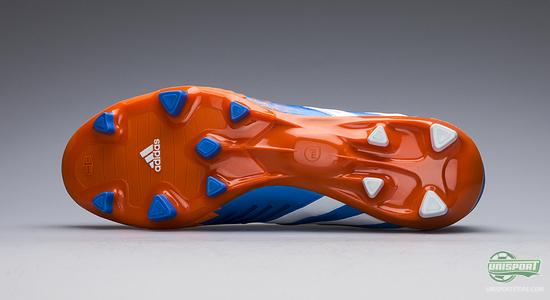 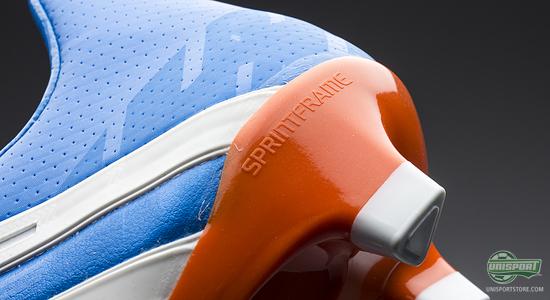 But what is control without a good stud-configuration? Nothing is the correct answer  and therefore Adidas have kept their Sprintframe 2.0 outsole. The sole is ultra thin and made to be a lightweight as at all possible. At the same time the studs are triangular and angled in sets of two, so you have improved acceleration, sideways runs and deceleration. 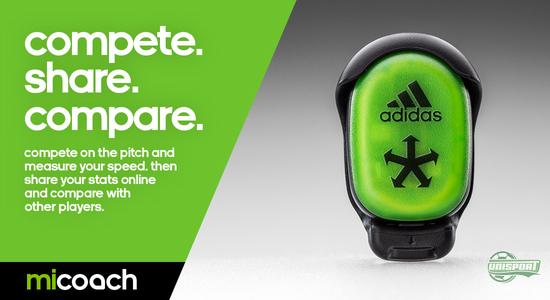 At the same time the Sprintframe 2.0-sole is MiCoach compatible, which means it has room for the small MiCoach-chip. With this you can track data from training and games, so you can see how you perform and possibly use it improve some areas. The MiCoach is a cool little detail, for anyone who wants to measure their progress as footballers. 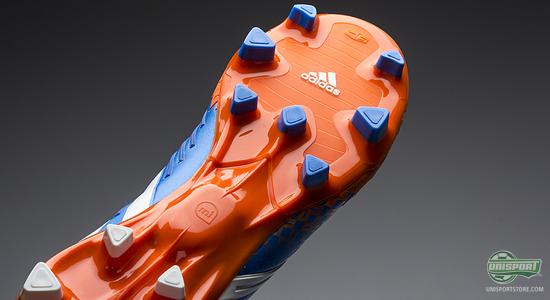 It will be exciting to follow the stars feet around the world, to see if the new Adidas Predator LZ II Blue/Orange/Running White will be a hit. What do you think? Are the colours cool, or are they too far away from the original and classic Predator colours in your opinion? Give us your thoughts in the box down below.