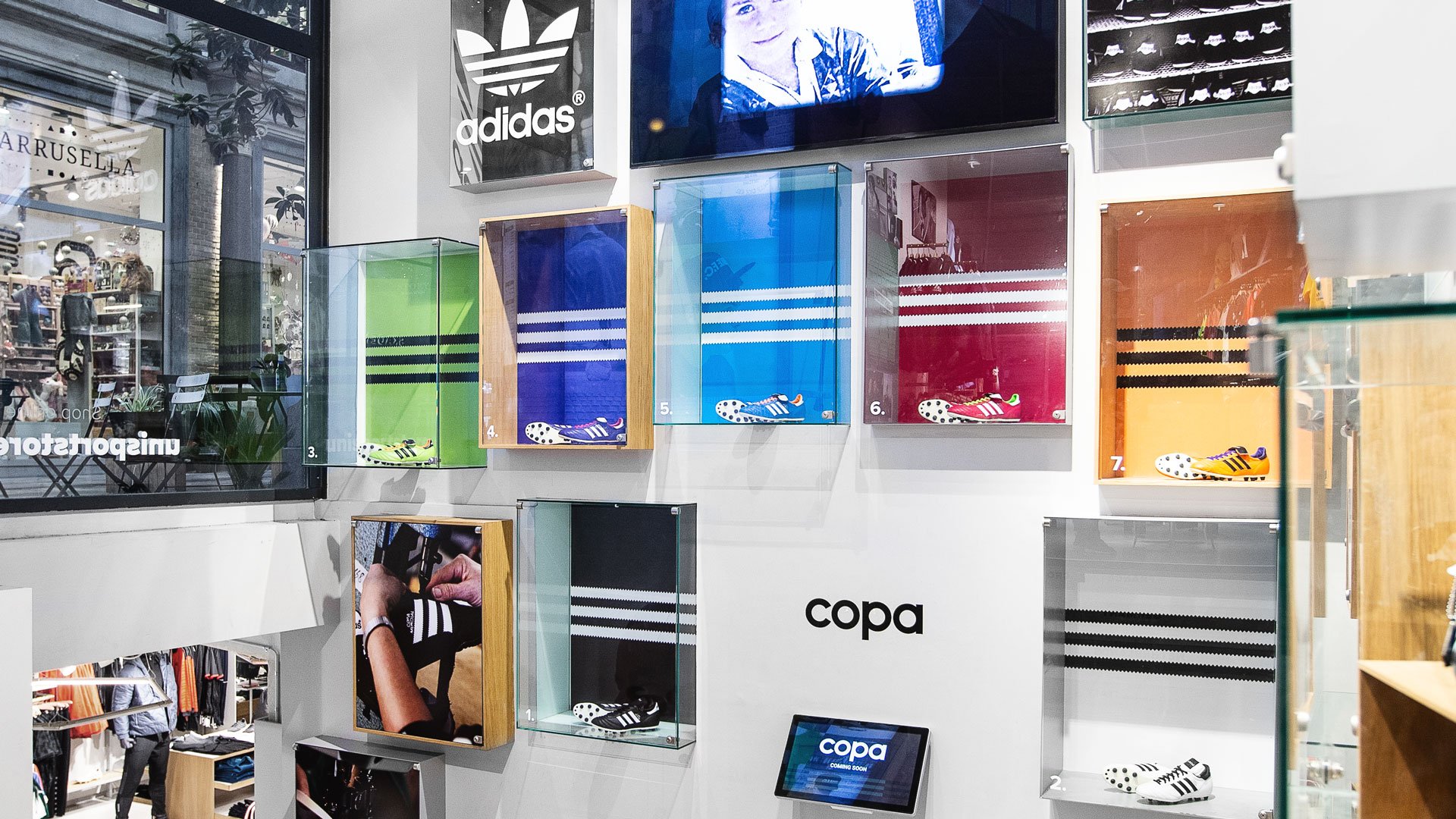 We recently wrote about our Copa 19+ initiative zone and now we’re ready with the Copa heritage area. A lot of things have happened since 1979 where the first ever Copa Mundial launched. Dive through the history of the Copa at Unisport’s Flagship store.

The Copa silo is one of the most iconic football boot silos out there and it’s only normal that we put some extra focus on this silo, as adidas’ latest and most innovative boot is the new Copa 19+. The Copa Mundial is a true classic, which you wouldn’t want to change. That’s one of the reasons to why adidas has kept the boot on the market and still are doing. But adidas always want to improve and innovate their boots, so they are ready for the modern game, and that’s why they have taken the Copa silo and innovated the boots, so they can introduce one of the most innovative boots on the market.

The Copa silo has offered us a lot of iconic boots throughout the time and there has been a couple of stunners in-between. But the Copa Mundial has also offered a lot of great memories on the pitch as some of the best in the world have used these boots, such as Zinedine Zidane, Diego Maradona, Franz Beckenbauer and many other world class players. This is why we want to showcase the Copa in the Flagship Store and have made an awesome Heritage area at our staircase, and you can among other see the Copa Mundial Samba Pack, which includes colourful and vibrant colourways for the Copa Mundial boot.

Besides the Samba Pack we also have the popular Copa 17.1 Champagne Pack, which was one of adidas’ most popular packs, and a lot of other awesome stuff. Visit our World’s Best Football Store, learn more about the Copa or explore the world of Copa through our screen in the Heritage area. The area is a true #unisportlife feeling, so you don’t want to miss this exhibition, as it will be updated with new awesome stuff in the future. Oh, and yeah! It’s the perfect excuse for you to visit our Flagship Store, or a great way to convince your parents to take you to Copenhagen and see the store!

Learn more about the Unisport Flagship
We use cookies to improve your experience, show you products you may like and save your cart. Continue if you're ok with this, or read more in our privacy policy.