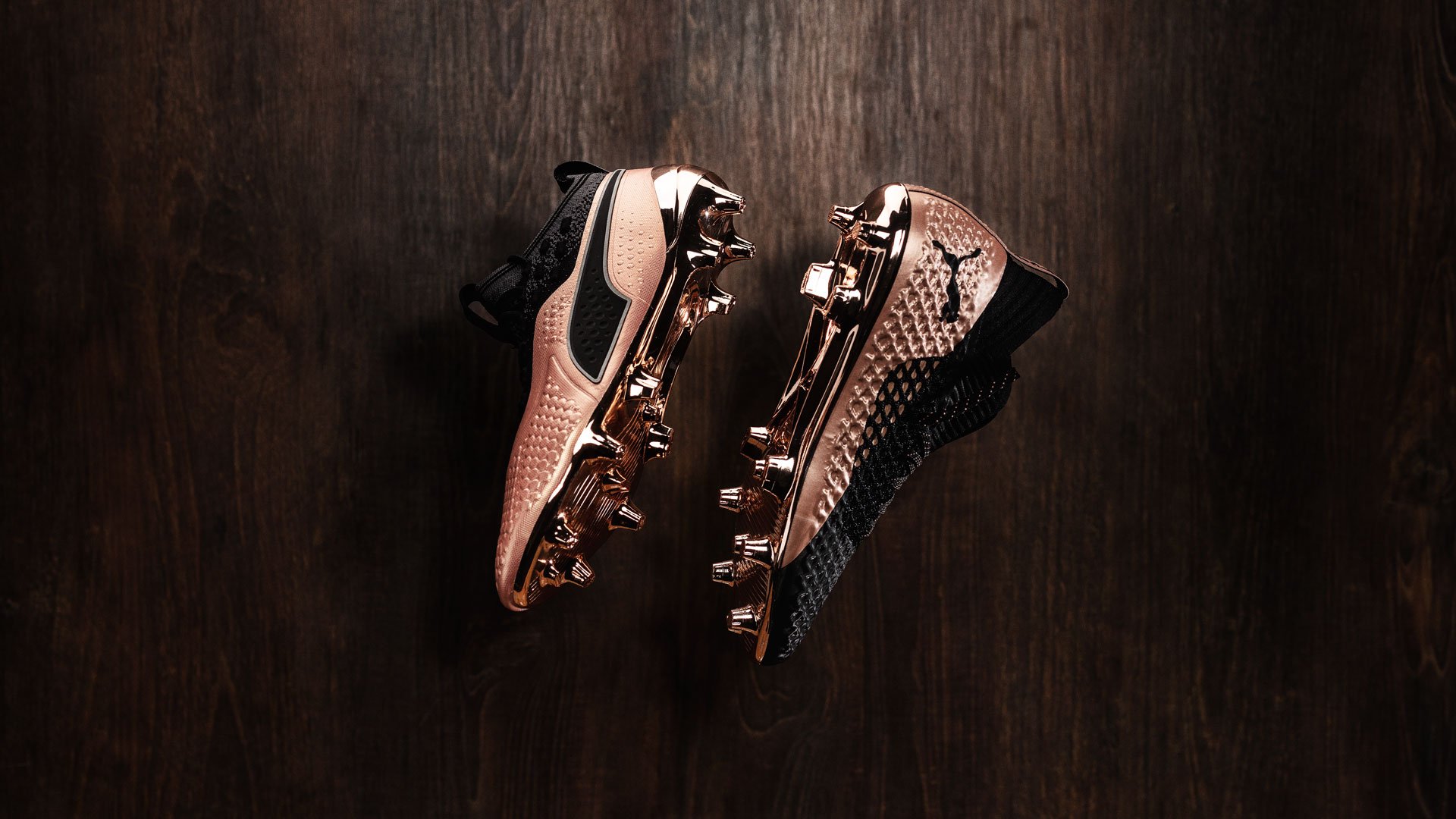 PUMA is at it again with their latest Limited Edition Colourway. The Glory Pack suits the PUMA ONE and Future in a rose-gold colourway, which surely will make the PUMA athletes shine through on Boxing Day.

The latest PUMA Glory Pack is made to celebrate the icons of the game. Every weekend, we see all the most passionate football fans gather around in the biggest arenas in the world, where they all sing, chant and cheer together. This energy is something the players feel as it echoes from the stand and onto the pitch. The fans transform the players to idols and drives them to reach after glory.

PUMA has made the new Glory Pack in a rose-gold colourway, which symbolises the glory that the players hunt every week. The PUMA ONE and Future will surely reflect the passion that the crowd have, which is a passion that never dies out.

The PUMA Future Glory Pack might be one of the most stunning PUMA football boots this year, as the split design of black and rose-gold is out of this world. The upper is split in two colours, which makes the instep in a black colour, while the side and heel of the boot is rose-gold. This combination will surely make Lallana, Kompany and Lovren stand out in the PUMA Future boots during Boxing Day.

The PUMA ONE Glory Pack is all about the glory, as it comes in an almost full rose-gold upper, with a black PUMA Formstripe and fusefit technology and a green evoKNIT collar. Agüero, Lukaku and Bellerin will for sure secure any form of glory during Boxing Day, as they will be some of the most idolized players on the pitch.

Find the PUMA Glory Pack boots right here
We use cookies to improve your experience, show you products you may like and save your cart. Continue if you're ok with this, or read more in our privacy policy.