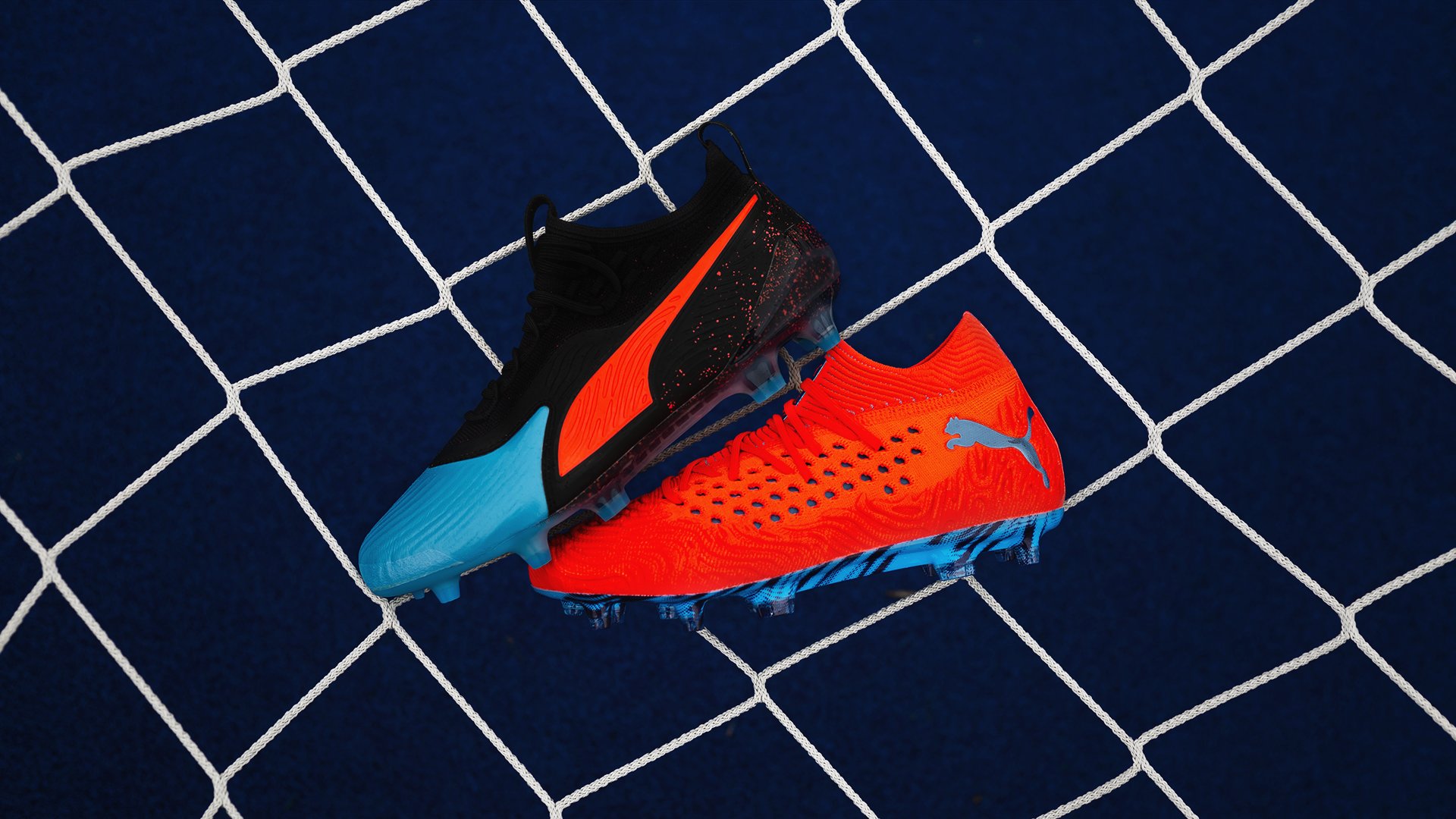 Not only is PUMA giving us a new colourway, but they’re also introducing their brand new Future 19.1 and an updated ONE 19.1. What’s not to like about that?

Power Up is a common term in the gaming world, and this is with other words a moment where a player reaches new heights in his or her performance. A Power Up is achieved through skills or by getting a special item, which makes you almost invincible. The difference between the virtual world and the real world is that the player doesn’t have to collect items or stars, but instead unlocking New Levels with PUMA Power Up Pack. Inspired by the arcade culture, the new the new PUMA football boots come with a blast of red and blue. Exciting to see what PUMA has done? Then let’s not keep you waiting anymore.

The new PUMA Future 19.1 is still going to be used by some of the deadliest players in the game, so expect Griezmann, Suárez and Reus to rock the new football boot during the last part of the season. You’ve might noticed that the Future 19.1 is looking a bit different than the older Future generation, as it’s been modernised even more for the game we all love. The upper on the PUMA Future 19.1 features a new refined system, that combines the NETFIT and 3D Havoc Frame in one layer. PUMA made this possible by combing these elements into one knitted evoKNIT Pro upper, which brings your foot closer to the ball for an overall better fit, ball reception, touch and stability.

The Future 19.1 also features the ergonomic knitted collar, that provides a tight, optimal fit and a correct stability around the ankle. You can also still achieve the best possible lockdown, that fits your playstyle, with he NETFIT lacing system, as the Future still focusses on taking the lacing game to the next level. The RAPIDAGILITY outsole reduces the overall weight, while it allows you to increase your speed. The Future has just been made more futuristic, and we can’t wait to see all the top athletes in the world play in the boots during this weekend.

The PUMA ONE 19.1 has also been slightly updated in terms of look and name. PUMA has changed the name, so it follows the Future and is called ONE 19.1, instead of the ONE 1. Furthermore, the PUMA ONE 19.1 features a different upper, that still focusses on the FIT, FAST and FEEL mindset, which perfects every aspect of a player’s game. The PUMA ONE 19.1 has overall become lighter, as PUMA has added K-leather to the most important areas of the boot. But this isn’t the only updates on the ONE 19.1 as the K-leather also has 3D engineered waves, that helps the players to get and even better grip on the ball.

The FUSEFIT technology and evoKNIT sock offers you even more lacing options, which increases the overall, comfort, lockdown and agility. The RAPIDSPRINT outsole secures a lightweight experience, as it reduces the overall weight of the boot, so you can reach your top speed even faster. The stud configuration and heel counter provide the stability and support that you need, when you reach your top speed. It’s going to be interesting to see Agüero, Lukaku and David Silva play and surprise us all with their skills, in their new PUMA ONE 19.1 boots.

Considering in getting your own pair? Then you can exclusively get your PUMA Power Up Pack at Unisport from today.

Browse through the Power Up Pack here