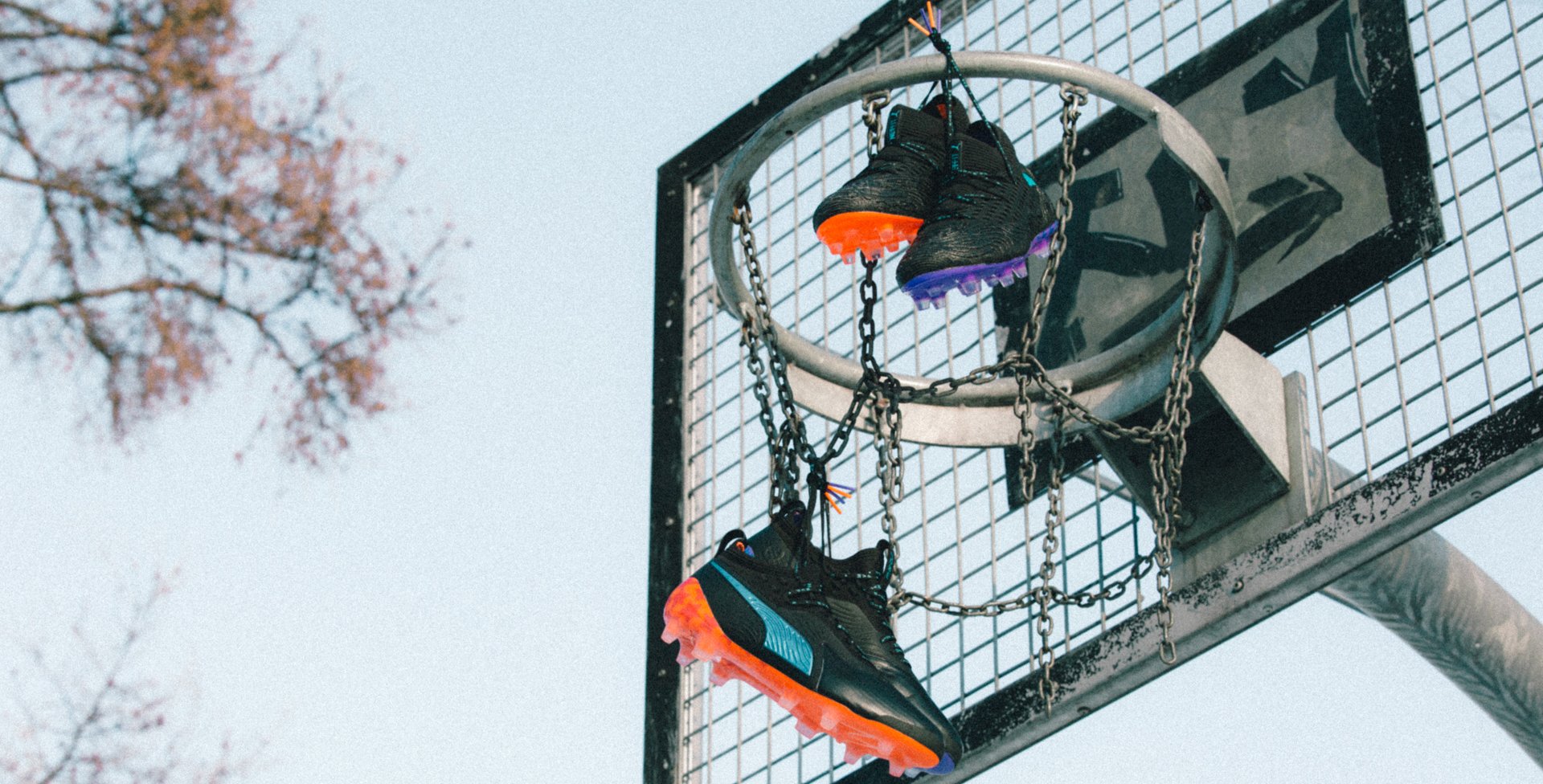 PUMA is dropping launches like Vince Carter used to drop dunks during the Slam Dunk contest at the All-Star Weekend back in the days. PUMA is ready with their new Limited Edition MVP Pack, which is made to celebrate the All-Star Weekend and the Charlotte, as they host it this weekend.

The PUMA MVP Pack is inspired by the All-Star Weekend host city, which is Charlotte, North Caroline, as the city is home for the famous Charlotte Hornets – previously known as Charlotte Bobcats. But how do you manage to get both teams into the same design, as they had different colours and design? Well you take the colours and combine them with iconic Tricks design – which the true MVP, Rigobert Song, started back in the 1998 World Cup, a bold move that no one will forget.

The Limited Edition PUMA MVP Pack is all about the Most Valuable Players in the game, and this is only supported by having Griezmann and Lukaku playing in the PUMA football boots during the same weekend. Griezmann and Lukaku are known for being some of the biggest NBA fans from the football world, so they are going to be the front figures of this Limited Edition Pack.

The Future 19.1 MVP Pack is made in a full black upper, with light blue details under the NETFIT construction and on the ‘2019´and ‘MVP’ writings on the laces, which is a reference to the Charlotte Hornets franchise. The most eye-catching part of the boots is the soleplates, which comes with the iconic Tricks design, as the boots features both a full purple and orange soleplate. These colours refers to the franchise’s previous name, Charlotte Bobcats, which featured both purple and orange details. To top off the design, PUMA has added MVP text on the soleplate, so everyone can see who they run after, when you’ve dribbled past them, while stars indicated the stars of the All-Star weekend.

The Future 19.1 features the new evoKNIT Pro upper, which is made by combining the NETFIT and a 3D Havoc Frame in one layer. This brings your foot closer to the ball and gives you an overall better fit, ball reception, touch and stability. The ergonomic knitted collar provides a tight, optimal fit and a correct stability around the ankle. The NETFIT lacing system is still applied to the upper, so you can lace the boots as you want.

The PUMA ONE 19.1 also features the black upper, while having more details on the upper than the Future 19.1. The ONE 19.1 also features the same text on the laces and colours, while the PUMA Formstripe on the side has the iconic blue colours, which you are going to see a lot during the weekend. He soleplates are the same as on the Future 19.1, which includes the purple and orange Tricks design and MVP text. PUMA has also added a basketball court logo on the inlays of the boots, to top the All-Star feeling.

The PUMA ONE features an updated upper, which means that PUMA has added K-leather to the most important areas of the boot, while containing 3D engineered waves to give you a better grip on the ball. The FUSEFIT technology and evoKNIT sock offers a lot of lacing options, which increases the overall lockdown, comfort, and agility. The RAPIDSPRINT sole secures a lightweight experience, by reducing the overall weight of the boots.

So, are you true MVP like Griezmann and Lukaku? Then get the Limited Edition PUMA MVP Pack boots at Unisport exclusively from today!