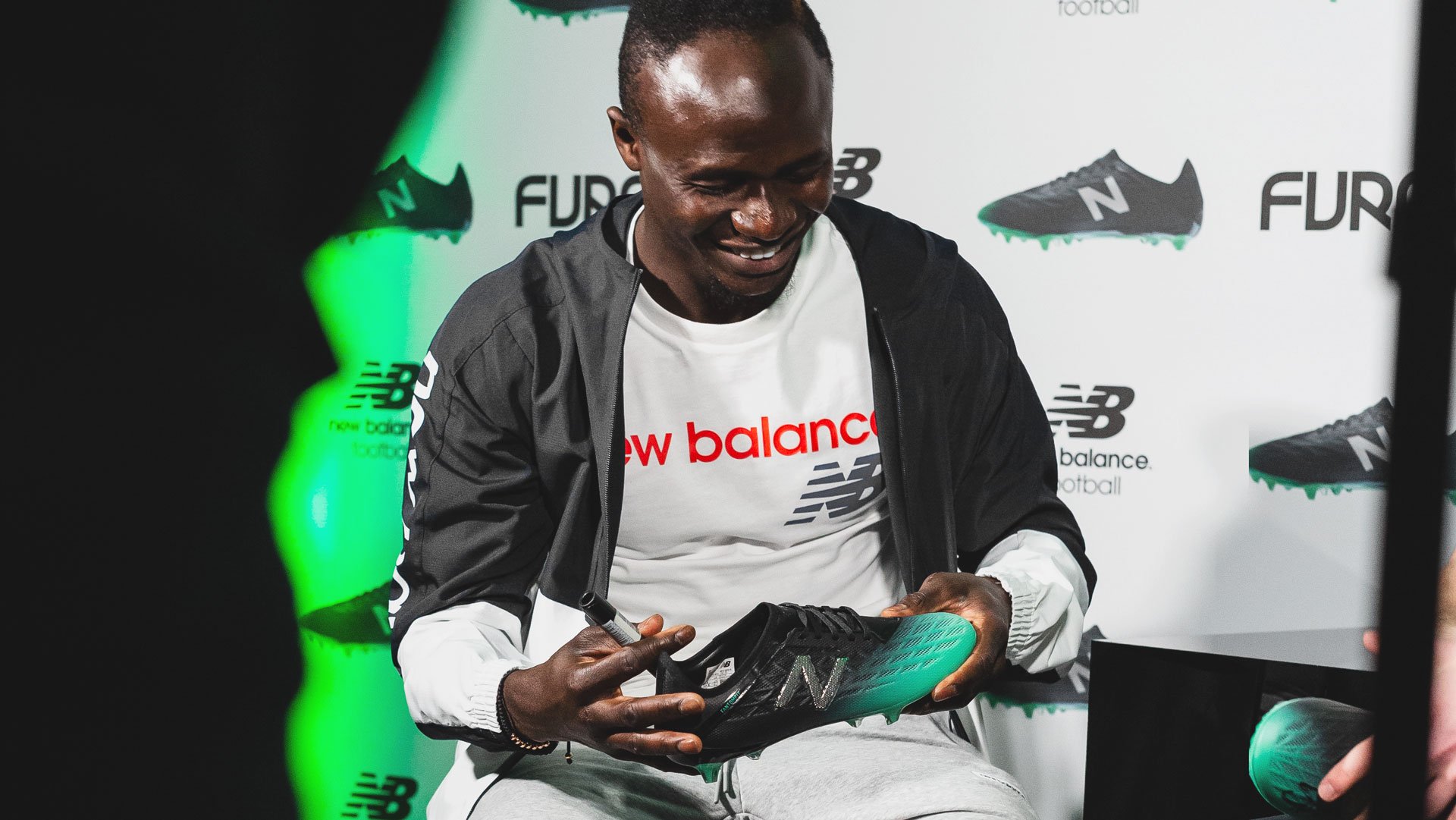 We’re so fortunate that the brands sometimes invite us to different events and trips, and New Balance never seem to disappoint when we’re out with them. So, sit back, get comfy and get ready to read more about our trip, which included visiting San Mamés, meeting Sadio Mané and testing out the dopest football boots.

Our photographer and product expert started the journey with the New Balance crew at San Mamés, which is the home of mighty Athletic Bilbao, before the Athletic player bus picked up the participants and drove them to the club’s training pitch, where the big action was about to begin!

Athletic has a unique approach to recruitment. A player has to be born locally or trained locally within the Basque region to represent the club, with the vast majority of players coming through the Club’s Lezama academy. For the past five years running, at least two academy players have graduated to the first team EACH YEAR. In total, 85% of the current first team have come through the academy. Now that's what we call an impressive youth academy!

After some hours on the pitches, creating magic and loads of fun, the participants packed their stuff and headed back to San Mamés, where a tour at the iconic stadium awaited them. The trip gave a lot of knowledge about the club in general, and insights to the Athletic Bilbao kit history. The tour also included pitch-side access, sitting on the benches and visiting the players’ locker room.

The day after, the guys continued their trip with New Balance to Manchester, where they visited the popular Victoria Warehouse for the official New Balance launch of the brand new Furon v5 football boot. The warehouse was turned into a green and black zoned area, which was inspired by the new colourway for the Furon v5 and Tekela v1. New Balance also set up some small awesome challenges, where the participants could test out their speed with the Furon v5 or their precision with the Tekela v1. And you know what? These boots are just on point brilliant.

But this wasn't all. New Balance had another treat for all the participants, after they finished their tests and showcases, which was a visit from the one and only Sadio Mané. Mané, who always has a smile on his face, was in a good mood as he answered in a Q&A session. Here he gave a fun answer on why he always replicated other players goal celebration, which was that they always agree on the celebration before they go into a match, but he never scored first, so he could do the celebration first. But no worries Mané! We still love your celebrations even if you don’t score the first goal!

After this meet and greet with Sadio Mané, our guys headed back to the normal days at the UnisportHQ with a big smile on their face. Looked like Mané's happy mentality had influenced them a lot!