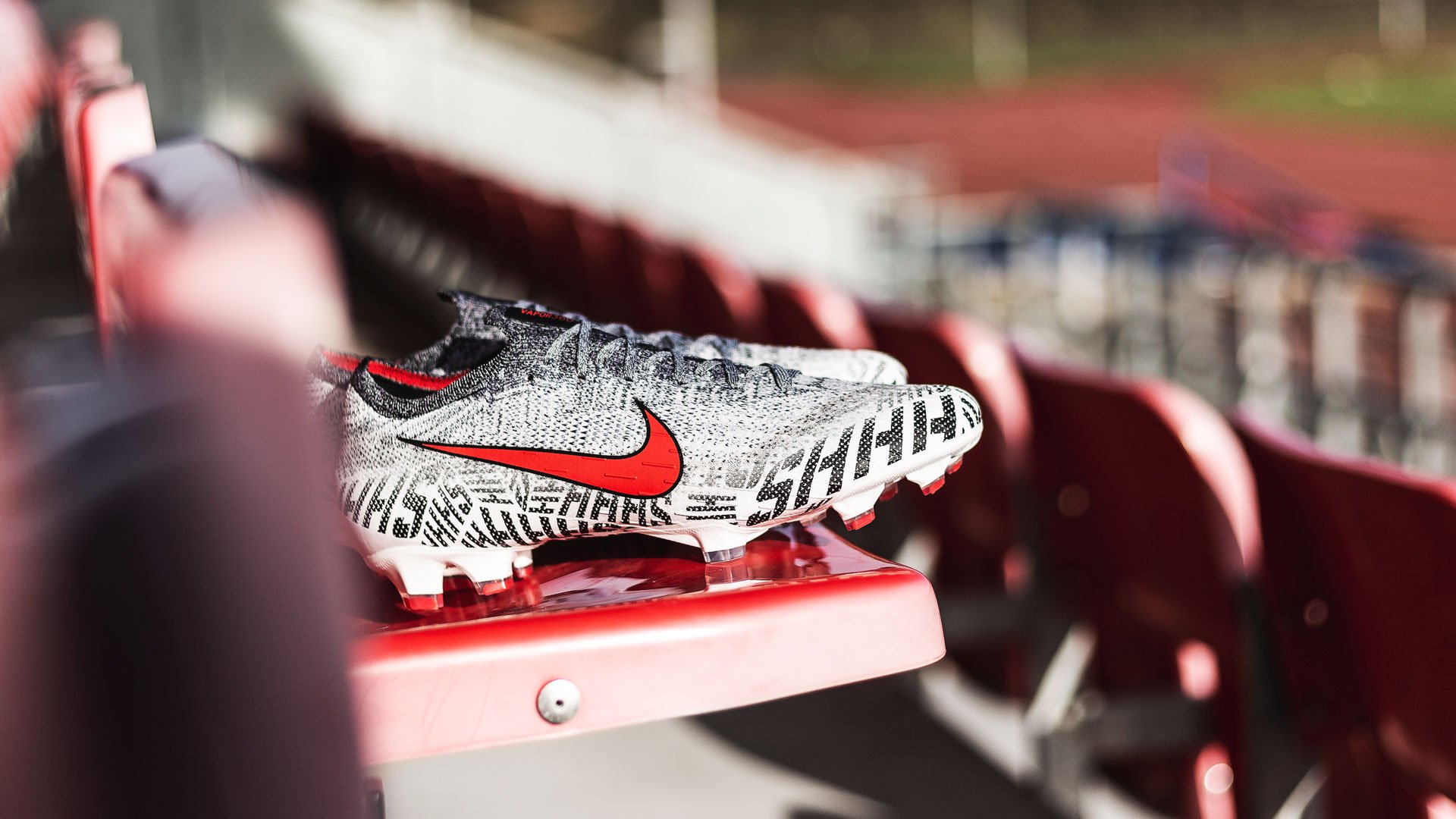 Nike are ready with their latest signature football boot for Neymar Jr. as they dive into his playstyle to get inspiration for the design. Unfortunately, Neymar Jr. is injured at this moment, but not even that can silence Neymar Jr.’s beautiful playstyle, as we all know what he’s capable of.

We can only imagine, that you either love or hate Neymar Jr. when playing on the same pitch as him. As you might up getting silenced by his skills or celebrating the crazy moments together with him. But as a football you can only admire Neymar Jr.’s finesse, skills and love for the game, and too tribute this, Nike has made a new Mercurial Vapor boot, which is designed with ‘Shhh’ design. Get your silence mode on, and let your feet do the talking, as you also should silence your opponents every time you get the chance on the pitch, with the new Mercurial Vapor NJR Silêncio.

Looking at the new Nike football boots you might think that they fit Neymar Jr. perfectly, as the boots comes with a so-called ‘Shhh’ design. You might also think that they’re all about Neymar Jr. silencing his haters, but the boots deep dives into his internal silence, which is the moment of calm and quiet, where nothing else matters than the true focus on himself, the moment before the magic happens that we’ll never forget again.

Not even Neymar Jr.’s injury can silence his beautiful playstyle, as it’s an inspiration for many everyday ballers out there, and his new signature boot will surely tell his story until his back on pitch, as he’ll hand over the boots to Andressa Alves, who’s currently creating magic with her beautiful playstyle at FC Barcelona, just like Neymar Jr.

The Mercurial Vapor NJR Silêncio comes with an unique ‘Shhh’ design, as the entire boot is dominated with ‘Shhh’ text, referring to Silêncio, which translated into English means silence. The ‘Shhh’ is predominantly on the lower part of the boots, while it gets smaller and fades into a light grey Flyknit upper on upper half of the boots. All about this boot yells Neymar Jr. and it’s not only the ‘Shhh’ design that displays this. Nike also used some of his tattoos, the diamond and crown, and placed them on the boot as well. You’ll be able to spot these two elements on the heel, where the iconic ‘Neymar’ text is written, a text that we saw on the Mercurial Vapor ‘Puro Fenomeno’ boots. Did you know that a third tattoo also is displayed on the boots? You’ve might guessed that it’s the ‘Shhh’ tattoo, as it’s displayed on the entire boots, as this might be one of the most popular Neymar Jr. tattoos.

Nike added red design elements to the brandings, logos, Neymar text and studs, which completes the awesome design. It gives the right blend between the grey and white upper, when combining it with red details. You can be sure to spot Andressa Alves and Neymar Jr. on the pitch when they’er going to silence the stadium with their skills.

Is your playstyle all about silencing everyone with your flashy skills and my way or the highway attitude? Then the Mercurial Vapor NJR Silêncio is like meant to be for you! Get your pair from TODAY at Unisport