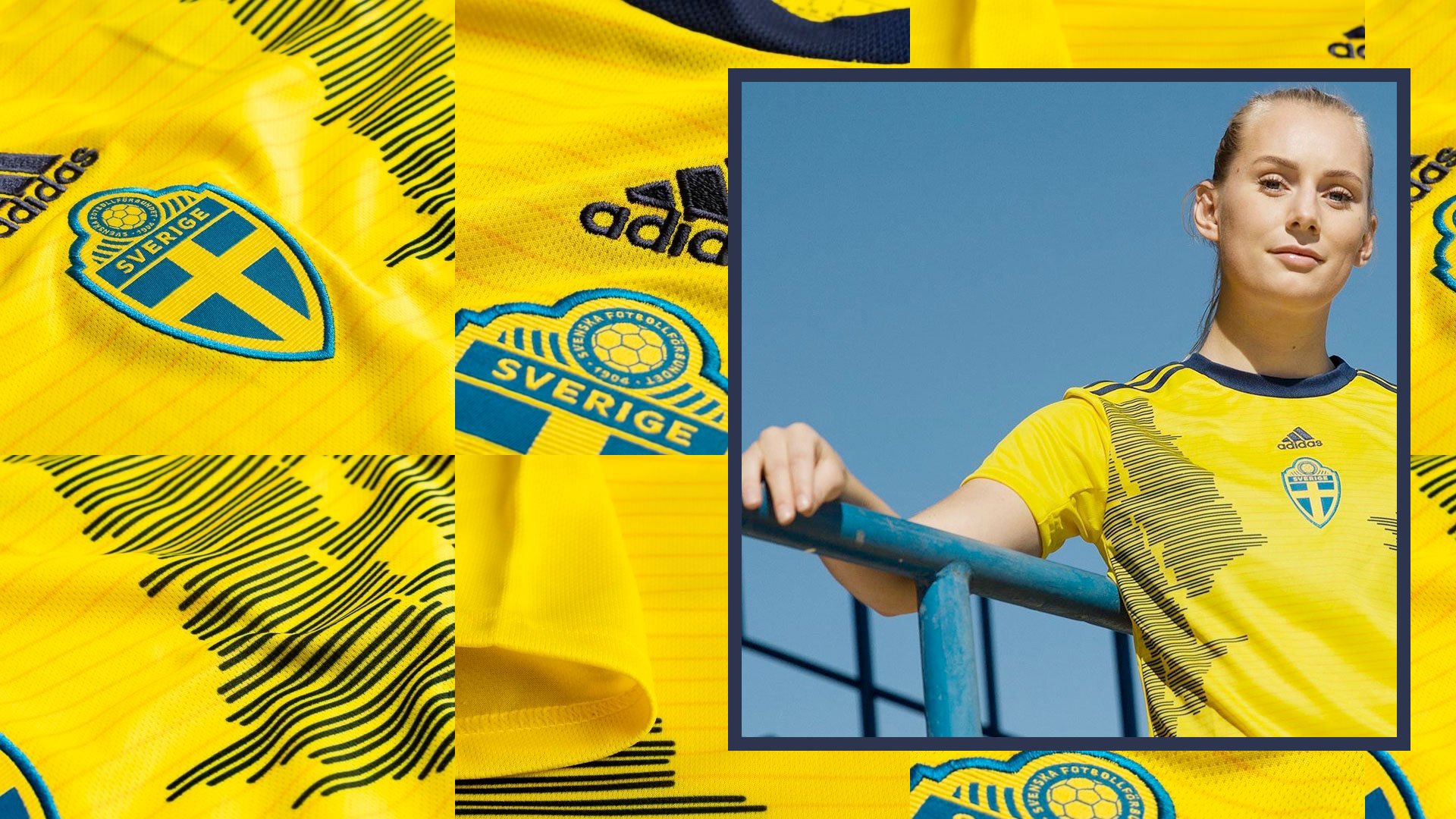 This summer will be all about the FIFA Women’s World Cup, as France host the 8th World Cup for women. This is truly a special moment for many of the players, who attend and the World Cup, and adidas has collaborated with the Swedish national team and 10 influencers to make a special Sweden Home Shirt.

’We create history’ – is the mindset that Sweden is going to have when they’re battling for the gold medals in France this summer. This mindset is used as the Swedish national team has collaborated with adidas and 10 female role models that has inspired the players the reach their goals. Their role models have left their mark and created history, which have created a path for young people’s future. Sweden and adidas are now ready to honour these female role models by giving them a shirt each with special print. Now it’s time to create history together. The print includes the player’s name and number, while the colour is replaced with photos of the different role models.

The new Sweden Home Shirt WMNS is more than just a shirt, as it comes with a nice graphical design on the chest, which takes inspiration from the iconic 1995 Home Shirt, where Sweden hosted the Women’s World Cup. Here they had the well-known yellow and blue shirt, with stripes on the side.

The new Sweden Home Shirt will also include stripes on the side, made with a modern interpretation, while the Swedish national team badge also is placed on the middle of the shirt, just like in 1995. If you compare the WMNS Home Shirt to the men’s, then a lot of stuff is different, which gives the Swedish team the best possible conditions to go after the gold medal in France.

The Sweden Home Shirt WMNS comes with a unique silhouette and fit, which is specially design for the female athletes. Furthermore, it also comes with shorter sleeves, round ribbed neck and mesh-materials underneath the arms. adidas has also added their Climalite technology, which wicks sweat and moisture way from the body, which will keep the players dry and comfortable, when the games get heated up in France this summer.

Be a part of the history and get the new Sweden Home Shirt WMNS World Cup 19 and support the yellow and blue females on their hunt for gold.


Find the Sweden Home Shirt here.
We use cookies to improve your experience, show you products you may like and save your cart. Continue if you're ok with this, or read more in our privacy policy.