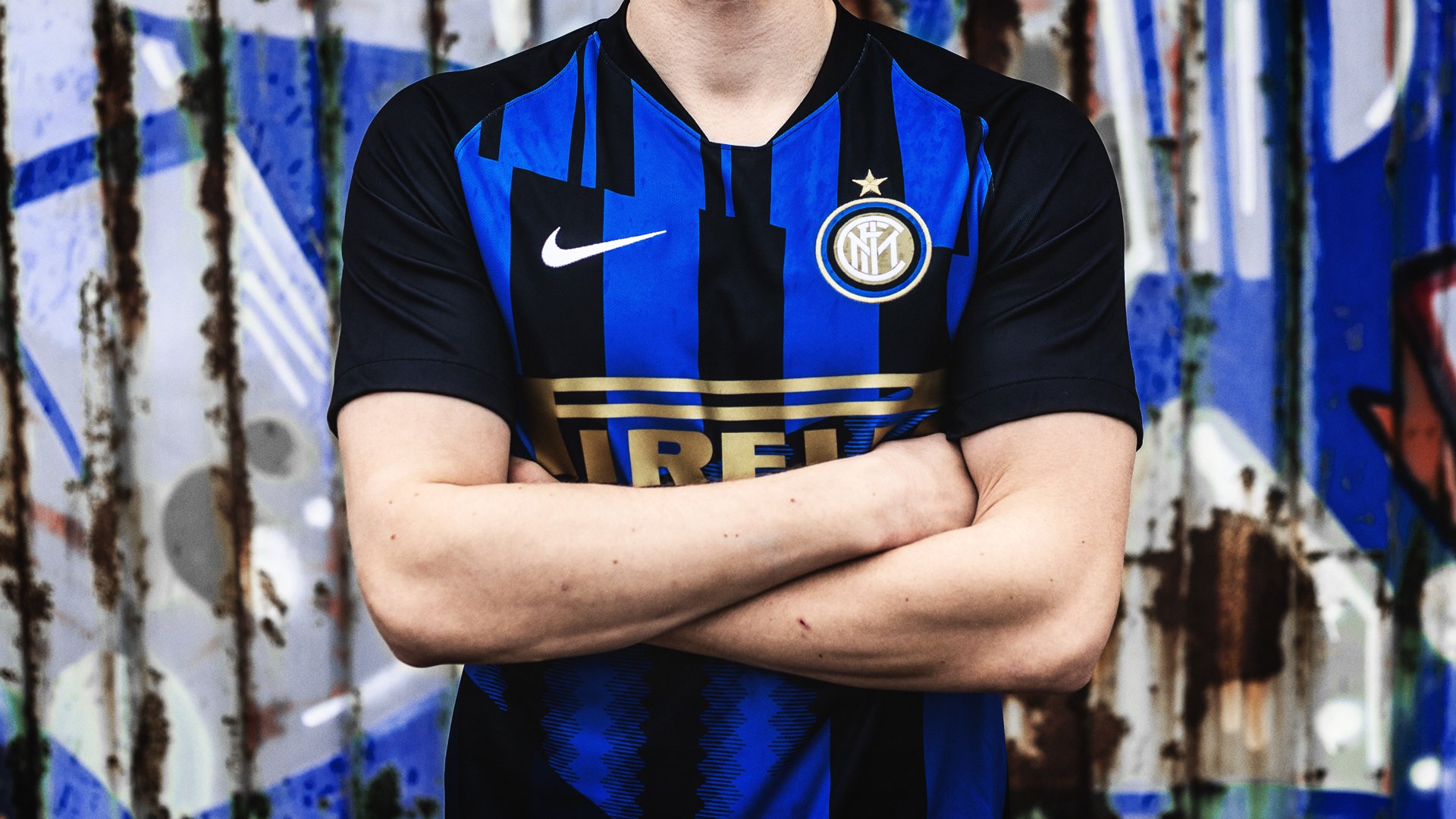 The 2018-19 season marks the 20th year of partnership between FC Internazionale Milano and Nike. All of the season's kits have paid respect to this anniversary. As a final ode, the 20th Anniversary Jersey combines 10 of the club's most storied designs.

Among those kits is a shirt from Inter’s first season with Nike in 1998-99 that legendary striker Ronaldo wore; a look from the club’s centenary season in 2008-09 what was captained by Inter legend Javier Zanetti and the kit from the club's historic treble-winning campaign of 2009-10.

The jersey will be worn during the upcoming Milan derby, and along with the standard stadium jersey, a Vaporknit match-level version has been produced and limited to 1,908 units to honor Inter’s founding year of 1908.

The front of the shirt includes:

The back of the shirt includes:

2009-10 (The greatest season in Inter’s history brings an unprecedented domestic and European treble), 2011-12 (Thin stripes were introduced to the Inter home shirt), 2014-15 (Pin stripes gave Inter a fresh look), 2015-16 (Proud celebration of the 25th anniversary of a European triumph), and 2016-17 (A fan favorite; the home jersey was updated with a tonal linear graphic).