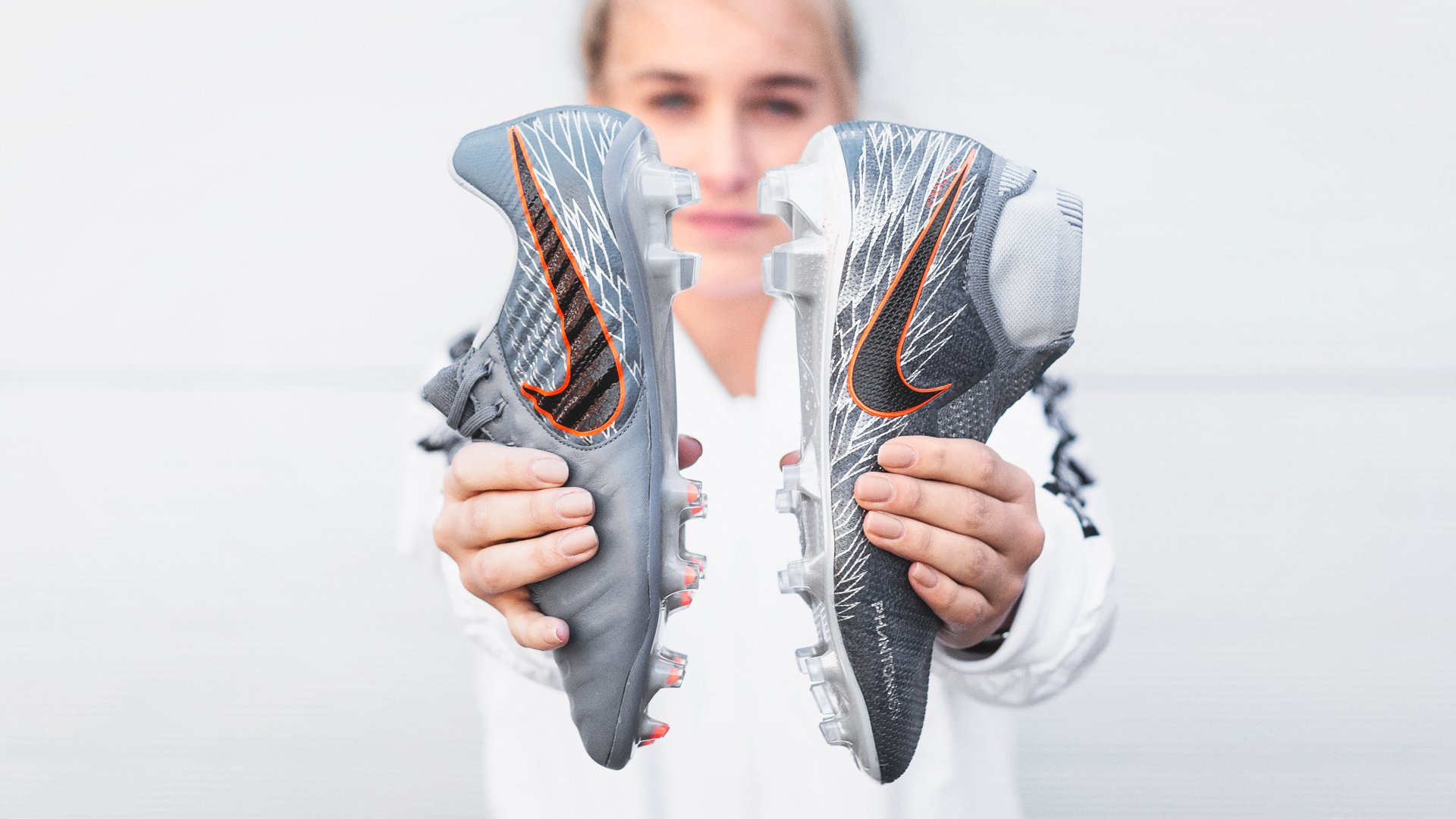 The Women’s World Cup 2019 is just around the corner, and Nike is making their athletes ready to battle for the gold with a stunning new Victory Pack. The Victory Pack will surely give the athletes the right tools for the job, as it comes with nice armory blue and orange combination.

The latest colourway for the Nike football boots, will surely give the World Cup players their wings, as they are the goddesses of victory. These players will be the ones, that will draw all the attention, while the either end it with Speed or Precision. The goddesses of Victory will among other be Fran Kirby, Shanice van de Sanden, Alex Morgan, Caroline Graham Hansen and many other players.

Then Victory Pack Mercurial Series will be all about ending the game with Speed. This is the primary weapon of the Mercurial goddess as she sprints past every obstacle in the game. There is not stopping her, and the design complements this mindset. The Victory Pack Mercurial Superfly and Vapor comes with the stunning colourway, with sweet details on the Nike Swoosh. Furthermore, Nike added a nice graphical design of wings, as they reflect the goddesses’ power. The text ‘Goddess of Victory’ is placed on the ‘Nike tag’, which just adds to mindset and this will help the players get the victories that they need.

Some players don’t rely on their speed as they use Precision to end the game, these players are the so-called Phantom goddesses. As always, the Phantoms will focus on ending the game with Precision, by either setting up their teammates, or scoring the decisive goal, which secures them the important win and in the end the World Cup gold. The Phantom Vision will feature a nice Armory Blue upper, while Nike has added grey and silver details. The grey details are visible on the collar, while the silver details are used on the control zone triangle, branding and the wings on the side. The graphical wings design comes with a shiny colour, which makes this boot standout on its own way, so you can’t help noticing the Phantoms. Furthermore, Nike has also added a sweet shiny soleplate, which has become a synonym for the Phantom Vision. Also the vision has the ‘Goddess of Victory’, which help the Phantom remember this mindset throughout the entire game.

The Tiempo Legend 7 will also be available to get in the Victory Pack, as some goddess focus on using their class and touch on the pitch. The Tiempo Legend 7 is made with a slightly darker grey toned colour on the leather part, while the cool Armory blue colour is visible on the heel. It also features the graphical design and orange features on the branding on The Swoosh. So, if you’re a goddess that needs class and a great touch, then this your weapon of choice, when battling for the win.

We can’t wait to see the Nike Victory Pack at this year's World Cup in France and we can imagine, that the pack will be the center of attention as the goddesses takes on their battle for Victory.


Get the Nike Victory Pack from May 9th and find all our Nike Football boots here.
We use cookies to improve your experience, show you products you may like and save your cart. Continue if you're ok with this, or read more in our privacy policy.