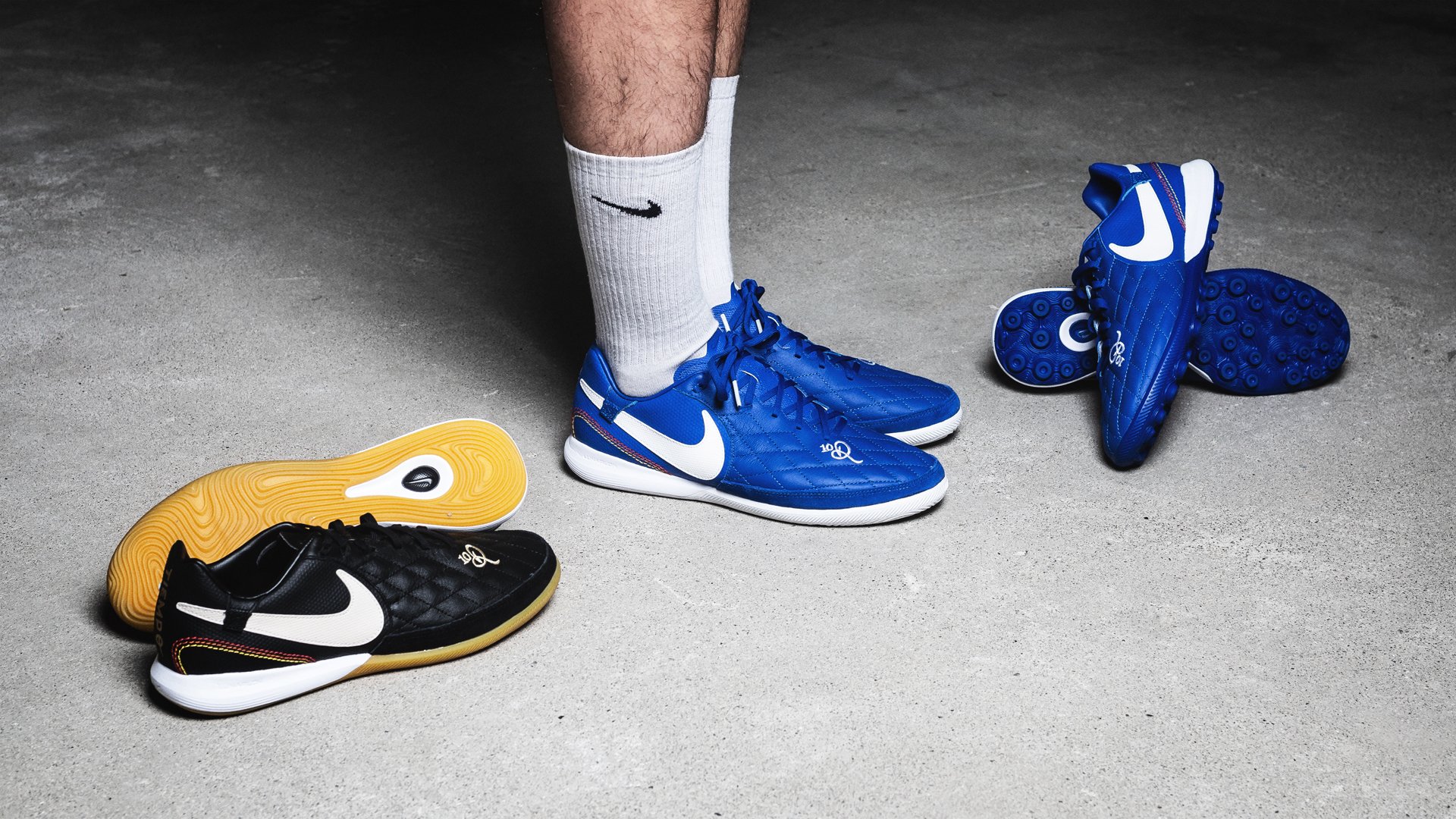 You may say that you’ve made it in football, when your frequently get colourways made but you’re a retired player. But this is a realiy for Ronaldinho, as he gets another cool 10R Tiempo collection that takes inspiration from some of the most iconic goals.

Dinho, Gaúcho or Ronaldinho, no matter what you call him you just can’t stop admiring his coolest moments in football. Nike is once again ready to celebrate one of the best wizards in football history with 2 new colourways for the Tiempo boots. The 10R Tiempo Dois Golaços takes inspiration in two of Ronaldinho’s most iconic goals that he’s scored in his career.

Let’s start with the blue 10R Tiempo Dois Golaços, which takes us back to the Shizuoka Stadium at the 2002 World Cup. The match is England vs. Brazil and the score is 1-1 and Brazil is awarded a freekick 36 meters away from the goal. Ronaldinho steps up to shoots it and as cheeky as he is, he lobs the ball above David Seaman and I wasn’t the only one to get amazed by this wonderful goal, which secured Brazil the spot in the World Cup semifinals.

The shoes come with a blue upper made from calf leather that has a quilted toe and a Lunarlon cushioning system, which gives you a nice and comfy shock absorption. Furthermore, the shoes also comes with the well-known yellow and red stripes on the heel, which was used on the Tiempo shoes back in the days. To make the shoes for Ronaldinho, Nike has added the 10R signature text on the upper, so no one is in doubt of who rocked these shoes back in the days.

Next up we got the black 10R Tiempo Dois Golaços. It’s all about the bicycle goal against Villareal in 2006 - which in my opinion might be the best goal by Ronaldinho. This goal was all about technique, timing and finesse, as Ronaldinho got a lob pass from Xavi, controlled the ball with the chest, while turning away from the goal. In this second, he surprised every football fan, by doing the unexpected, which he’s known for, and in one movement he pulled up this iconic bicycle goal. You just knew, that nothing would stop this as soon as Ronaldinho set it in motion.

The black 10R Tiempo Dois Golaços comes with almost the same design, as the colours match the boots that he wore in 2006. These Tiempo shoes also comes with the cushioning Lunarlon sole and the calf leather upper and quilted toe, which secures that you get the best possible touch on the ball, so you can do magic as Ronaldinho.

No matter if you need these shoes for your football show on the pitches, or just a big fan of the Ronaldinho, then you can get your 10R Tiempo Dois Golaços shoes at Unisport from today.