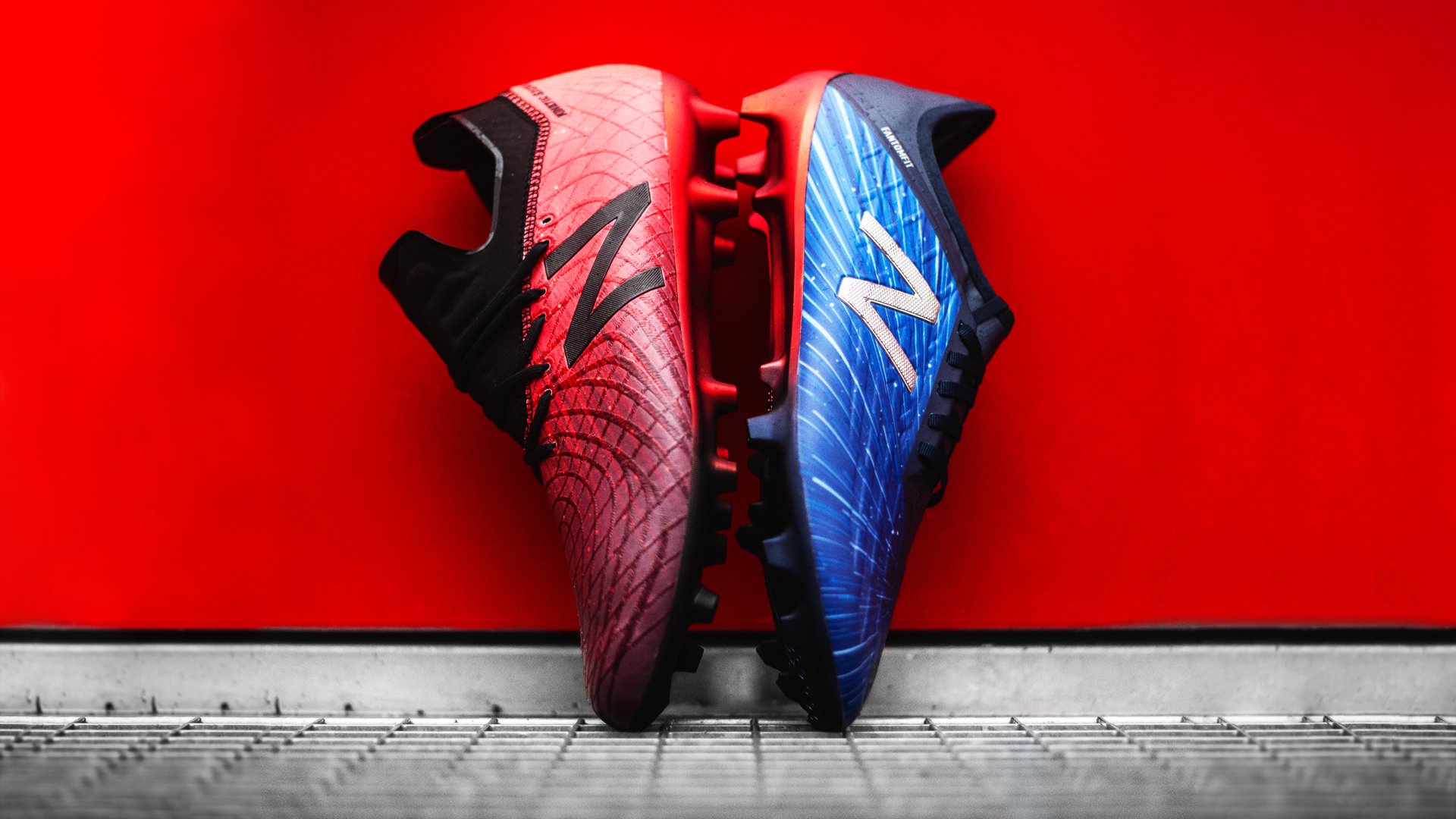 New Balance is storming ahead with their launches as they drop their latest Limited Edition Lite Shift Pack. The Lite Shift Pack comes with a stunning blue and red colour, which is made for the bold and trendsetting football player.

New Balance is launching their very limited Lite Shift Pack, which gives the New Balance football boots a new stunning colorway. The Lite Shift pack is made for the attackers and the players who sets up their teammates, who does this in a blink of an eye. New Balance has taken inspiration from the speed of light, which is 1,079 Million KM per hour and New Balance has also limited the boots to only 1,079 pairs of each of the limited edition Furon v5 and Tekela v1 worldwide.

The New Balance Furon v5 Lite Shift comes with a supercool blue upper, that has an awesome star travelling design, which makes me feel like I’m about to jump in to Hyperspace in a Star Wars movie. But we mustn’t forget the soleplate, which New Balance has split into two colour, giving the boot a cool speed design, as the red colour on the heel fades over to a dark toned soleplate at the toebox. The ‘N’ logo on the side comes with a silver design, which completes this awesome colourway for the Furon v5.

The Furon v5 is the latest New Balance Furon boot, as it got updated in the start of 2019. It’s all about speed and being unstoppable and the design speaks for itself, as you speed towards the defense. The Furon v5 comes with directional studs that gives an ultra-aggressive take-off, while the Fantom Fit upper gives a great lockdown that helps with an explosive acceleration.

The Tekela v1 is made for the untouchable playmakers who creates the game without fear. The Tekela is focused around touch, feel and maneuverability and this is achieved through a full foot micro upper with kinetic stitch and embroidered bands, that offers a good stability and touch. The conical stud combination and lightweight frame allows you to make razor sharp turns, so you can accelerate away from players.

To complete the limited edition New Balance Lift Shift Pack, New balance has added two Fresh Foam Lazr sneaker made in blue or red. The sneakers come with a laser engraved Fresh Foam midsole that gives a super comfort, while a two way stretch flat knit upper gives you a sock-like fit. The Fresh Foam Lazr is the perfect running shoe that delivers performance with an everyday look, making the Lazr shoe perfect to rock the full Lite Shift look, when your done doing your part on the pitch.

The Lite Shift Pack will be available from tomorrow at 10.00 CET at Unisport. But you have to be as fast as the light to get your pair, so don’t miss your opportunity.