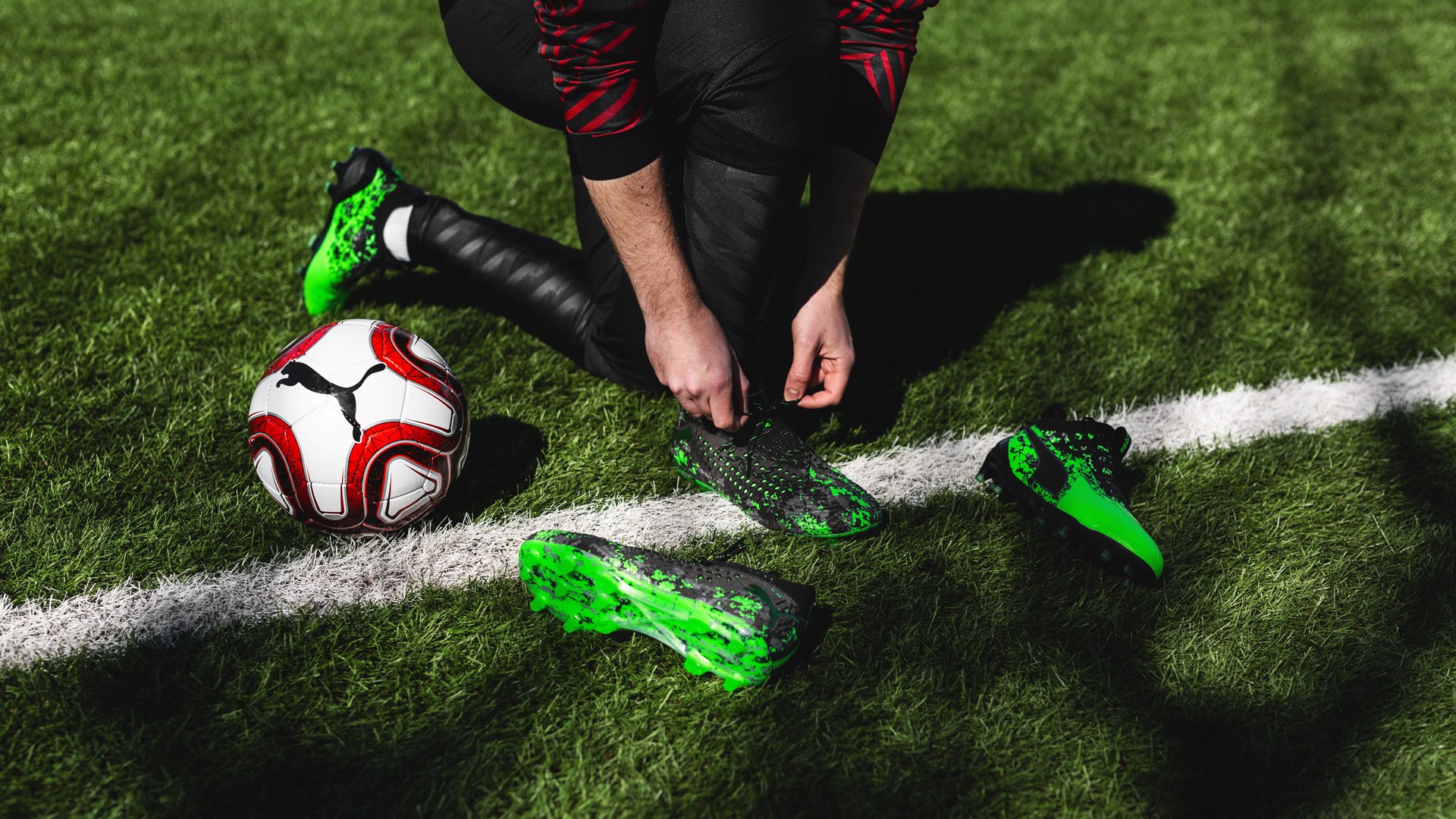 PUMA has already powered you up, with the Power Up Pack, and now it’s time to use the power to hack the game. The PUMA Hacked Pack is made to empower the Future and ONE player, so they can do the unexpectable and be the chosen ONE who takes the game to New Levels.

The new PUMA football boots comes with a Matrix like graphical design - for those of you who are to young to know The Matrix, then hurry up and watch these epic movies, and inspired by a black screen and green digits, a thing you typically connect with a hacker.

The Future 19.1 comes with a dark grey base while a glitched digital green colour, that gives the boot a true hacker vibe. The digital green colour is visible throught the graphical camo design, while it’s also visible throw the NETFIT technology on the upper. PUMA has also added the green colour to the laces, evoKNIT pro collar and lastly the full green soleplate, which completes the Future 19.1 Hacked Pack design. We can’t wait to see Griezmann, Suárez, Reus and the rest of the Future squad hacking their way towards the goal.

The ONE 19.1 is made the opposite design, as it comes with the cool digital green colour as base. The black digital camo graphics is placed on the midfoot and instep, while it also fades into the Fusefit technology, giving you the possibilities to make the lacing more personal. The iconic PUMA Formstripe is also made in completely black, just like the heel and the soleplate, which features cool green studs. The chose ones for the PUMA ONE is going to be Lukaku, Agúero, Balotelli and many other PUMA stars.

Are you ready to hack the game, just like the pro’s? Then get your PUMA Hacked Pack from today exclusively at Unisport - the only place to get it first!


Get the PUMA Hacked Pack here.