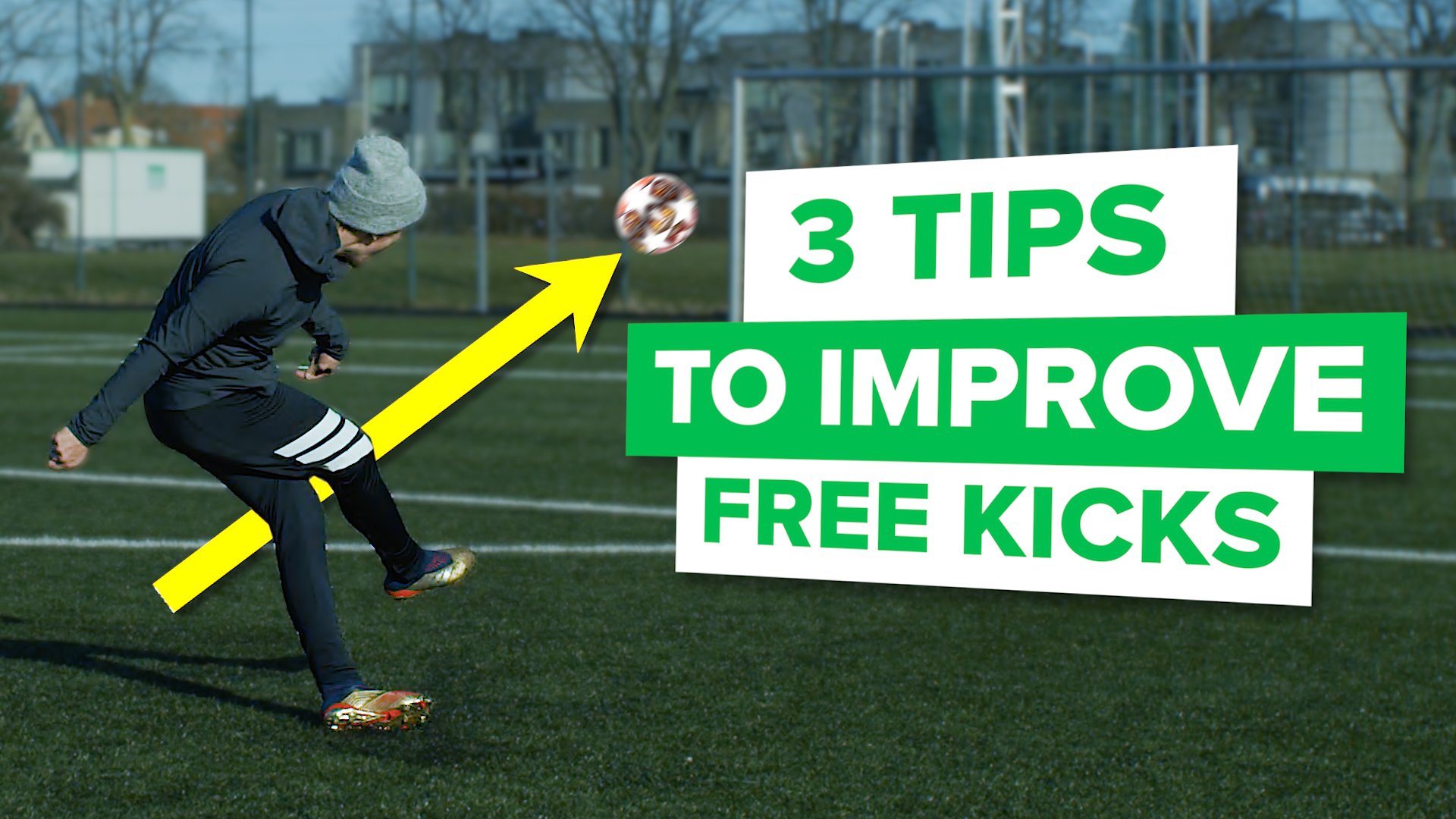 For some players free kicks has become a form for penalty kick, as they’ve practiced the art of free kicks for a long time. Do you also want to improve your free kicks – then read along as Joltter takes you through 3 tips, which he got inspired to do after he met the free kick experts David Beckham and Zinedine Zidane.

The first tip in todays guide is pretty simple, as you have to record your free kick sessions, which almost all of you guys, who are watching the Unisport YouTube videos by phone, can do with your own phone camera. It’s important to capture both good and bad examples, and not only focus on the good ones, as the bad ones can help you understand how your body is positioned, or where you’re hitting the ball, if you’re shooting the ball unexpected.

The important thing is not whether the ball goes in the top bin, but rather looking on the technical side of the recordings, as you need to nail down the technique behind the free kick, before you can consider thinking of positioning and where in the goal to place the ball. Analysing your free kick recordings is a great tool to get loads of information, which lets you score more free kick in the long run.

Even David Beckham has analysed his own free kick and made adjustments and tried out different things. But he also points out that technique is technique, and if you got some that works, then you stick with that and don’t change it.

Tip 2 – Get a second shooter to confuse the keepers

After you’ve worked on your technique and found out what works for you, then it’s time to fool the keepers. This tip is straight up scenarios for games, where you use a teammate as a second shooter to confuse the goalkeeper. It’s important to have a guy on each side of the ball, so the goalkeeper doesn’t know who of you is going to shoot the ball. This is a great tool, as you always want to fool the goalkeepers and don’t let them know where you’re shooting the ball.

Tip 3 – Surprise the keepers by shooting to their corner

The third tip is still all about fooling the goalkeepers, as you can trick them by shooting the ball in their corner. Goalkeepers will normally set up a wall that covers one side of the goal, while they cover the other side. This will let them think, that you’ll bend it over the wall, so they’ll go that way most of the time, as they want you to shoot the ball there. The goalkeepers anticipate this, so they automatically take that one step towards the area, while you’re doing your run up, and this is the point where you’re going to fool then. Occasionally, try to shoot the ball in the goalkeeper’s corner, to catch them of guard, as they often can’t move and get back in position to save the ball in their own corner.

These were 3 awesome free kick tips from Joltter, which he was inspired to do after he met the free kick masters, Beckham and Zidane. You’ve might also seen these two legend bend hundreds of free kicks into the top bins, or fool the goalkeepers with their awesome techniques. If you need to see the tips, then scroll a bit down here and watch the cool video made by Joltter.

As always stay tuned for more How-To blogs in the future or more awesome #unisportlife content on Unisport’s YouTube-channel.