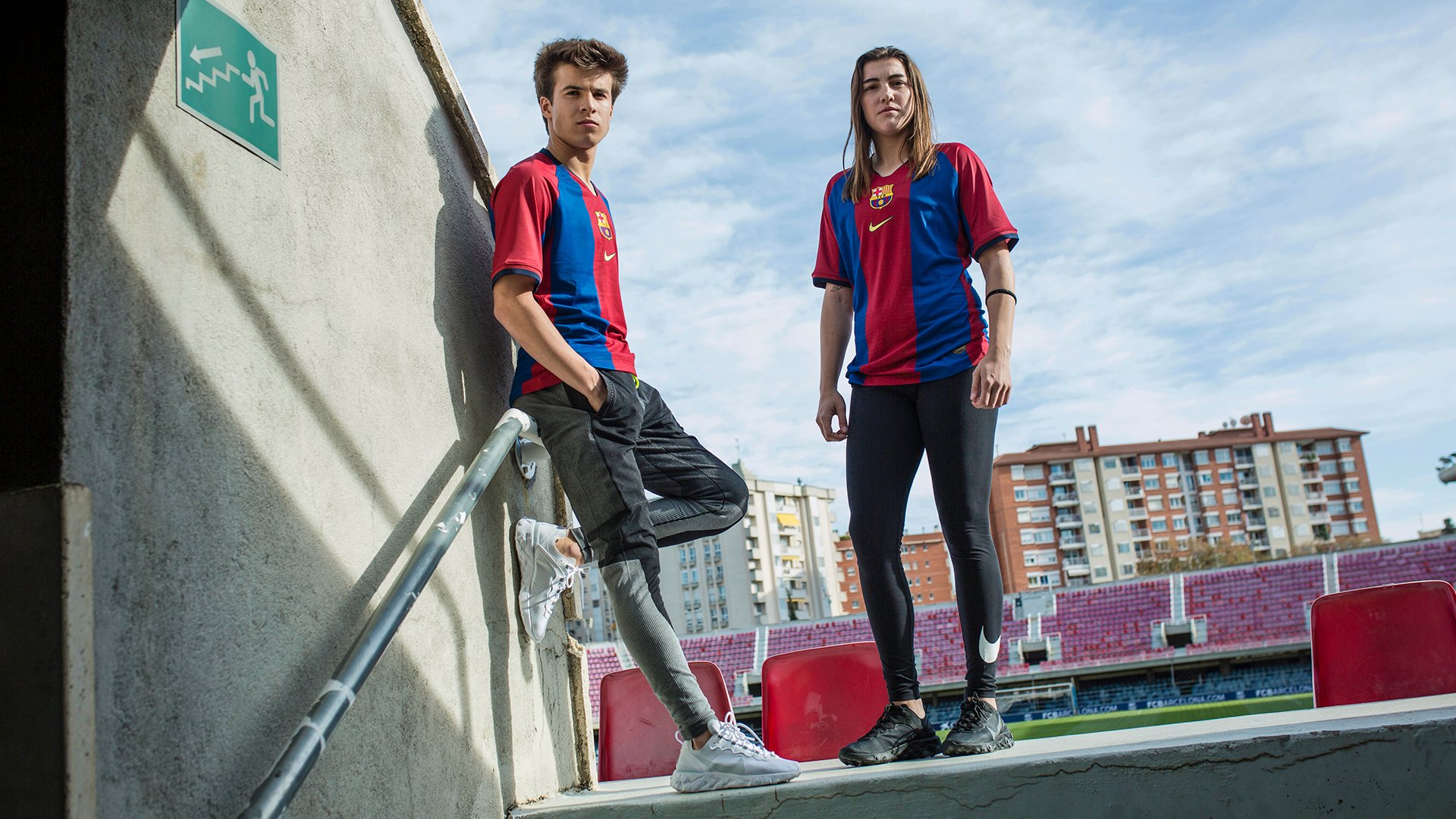 With a Limited Edition remake of the FC Barcelona 98/99, Nike and FC Barcelona are celebrating the first ever Barca kit created by Nike from 1998. Since then, 20 years have passed but the first Nike Barcelona shirt is still one of the most iconic ever made. The must-have for all Barca fans!

Back in the 1998/99 season, FC Barcelona's squad consisted of players like Guardiola, Luis Figo, Rivaldo, Patrick Kluivert, Luis Enrique, the de Boer twins and a teenager called Xavi. Barca ended up winning the La Liga trophy, but what we at Unisport HQ remember the team most for that season is the beautifully simple and clean Nike kit. And now, it's back!

Just like the original FC Barcelona 98/99 shirt, the FC Barcelona remake kit sports the original wide central stripe, central emblem and v-neck collar, making it almost 1-to-1. If you're a 90's kit or older, it's almost impossible not to image Rivaldo in the shirt when seeing it. However, it is not the Brazilian star or any of the other 90's Barca stars who are going to wear the shirt. Instead, rising stars Riqui Puig and Patricia Guijarro wear the new shirt to pay homage; a mark of respect that mirrors the past, present and future for the club.

OG vs Remake - What are the differences?

You're probably thinking what the differences between the OG 98/99 Barca kit and the remake are. And don't worry, we'll tell you: There are three main differences between the OG and the remake kit. First difference being the Nike template. The classic FC Barcelona kit feature Nike's style of 1998/99, while the remake is based on the latest Nike Vapor Knit template. This affects the collar, the whole cut of the kit, as well as the logo on the bottom left. And of course, the logos are heat-printed instead of stitched on the remake.

The second remarkable difference is the Barca logo - the classic comes with the 1998-99 one, while the remake features the current Barca crest. The third important difference is that the 2019 remake of the FC Barcelona 1998/99 kit will not feature the classic numbers but the current La Liga font style. To me, all of these 'changes' feels more like upgrades, getting you as close to the original as possible while still enjoying the technologies of the present. What's not to like, Barca fans?

Are you also feeling nostalgic? Bag yourself a blast from the past with the Limited Edition Nike FC Barcelona 98/99 Remake right here on Wednesday 10th of April at Unisport.