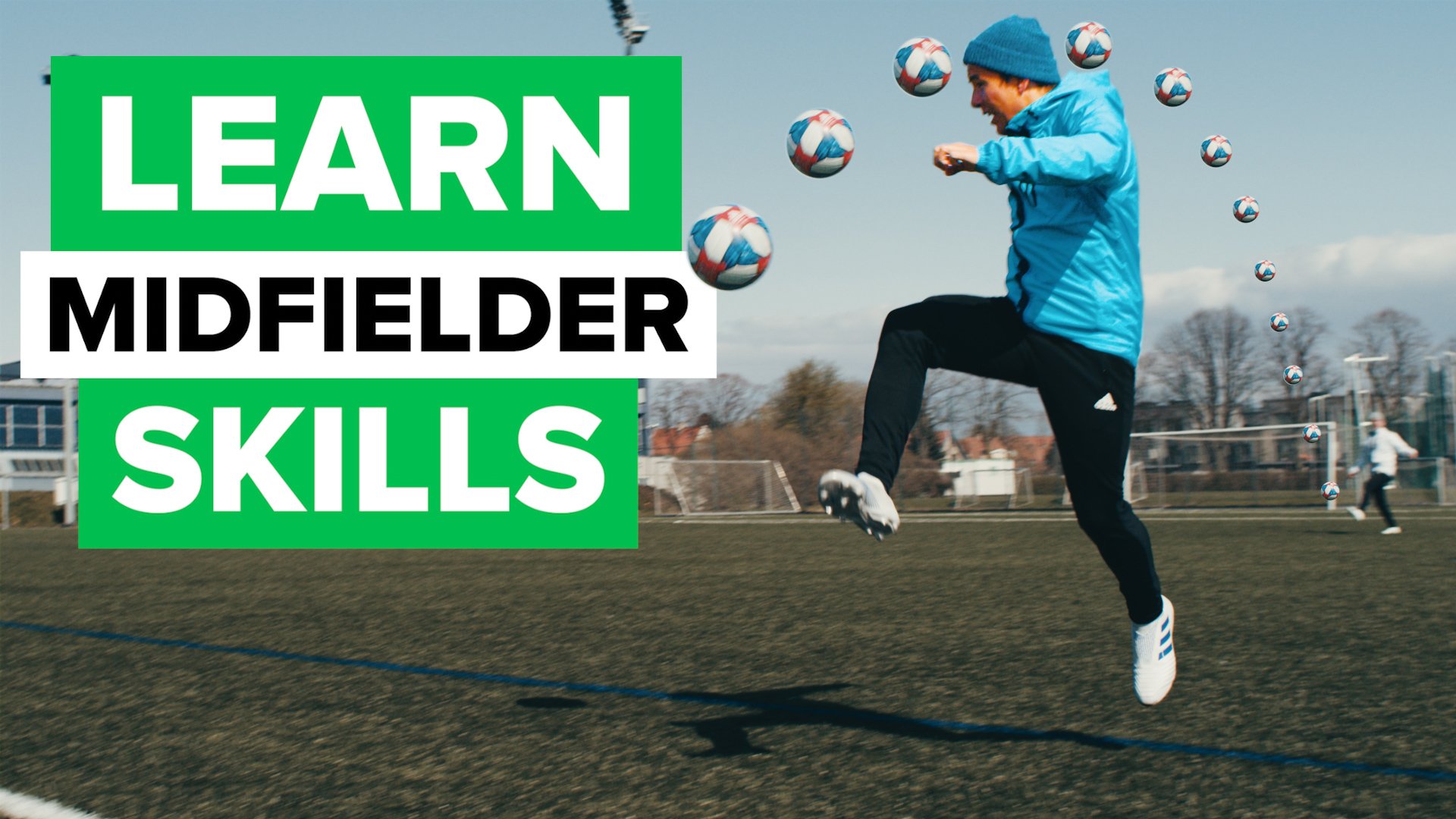 As a midfielder you have a lot of functions. Some might call you the engine or the maestro or even the playmaker, which means that you always have to be one step ahead of all the others. Joltter has made a video, where he gives you 3 tips, so you can improve your midfielder game, read along to learn more.

The first tip on today’s guide is to have an open body positioning when receiving the ball, which means to have your body facing the direction that you want to move, when receiving the ball. This will allow you to see what happens in front of you or spot errors in the defence, which you can use to your advantage. You can approach this in different ways and Joltter gives you both a good and bad example on how to receive the ball.

In the first example he stops the ball while facing the wrong way, looking into your own defenders, which means that you have no idea what’s happening behind you. This means, that you’re going to use a lot of energy and skill to first turn around and afterwards seeing what’s going on behind you. The best possible way of doing it, is to position your body, while facing the goal that you want to attack. Make a small circle while running backwards and receive the ball, which will instantly make you ready to go in and attack the opposite team.

Tip 2 – Passing to your teammates

This tip isn’t only about passing to your teammates, but more thinking about the passes that you do. You’ve might experienced that your team stops an attack, which makes the ball end up with you. You spot your winger running and in the same moment you pass him, but your pass ends up behind the winger, which stops the counterattack. It’s important that you pass the ball to the winger’s correct side and to the front foot, which will make the game faster, especially if you want to bring the game forwards. This will also allow your teammates to have the game in front of them, rather than receiving the ball with their back to the game and have to make a turn or even lose the ball in this turn.

As a midfielder you’re the engine of the team and you need to know where both your teammates and opponents are at all time. So, when you don’t have the ball, then you constantly have to run around and scout what’s happening around on the pitch. It could be that your right back is making a great run, so when you receive the ball you already know where you want to distribute the ball and you pass it to your right back. Scouting the pitch is a great tool, which will help you become better, as you’re prepared on what to do with the ball the second you get it. If you want to see good examples on scouting, then just watch the pro players on TV. Pay attention to the midfielders, who constantly are turning their heads around to scout.

These were the tips from Joltter, which will improve you as a midfielder. If you need to see the great examples from the first tip, or what to see how to scout, then watch Joltter’s video right below here.

As always stay tuned for more How-To blogs in the future or more awesome #unisportlife content on Unisport’s YouTube-channel.