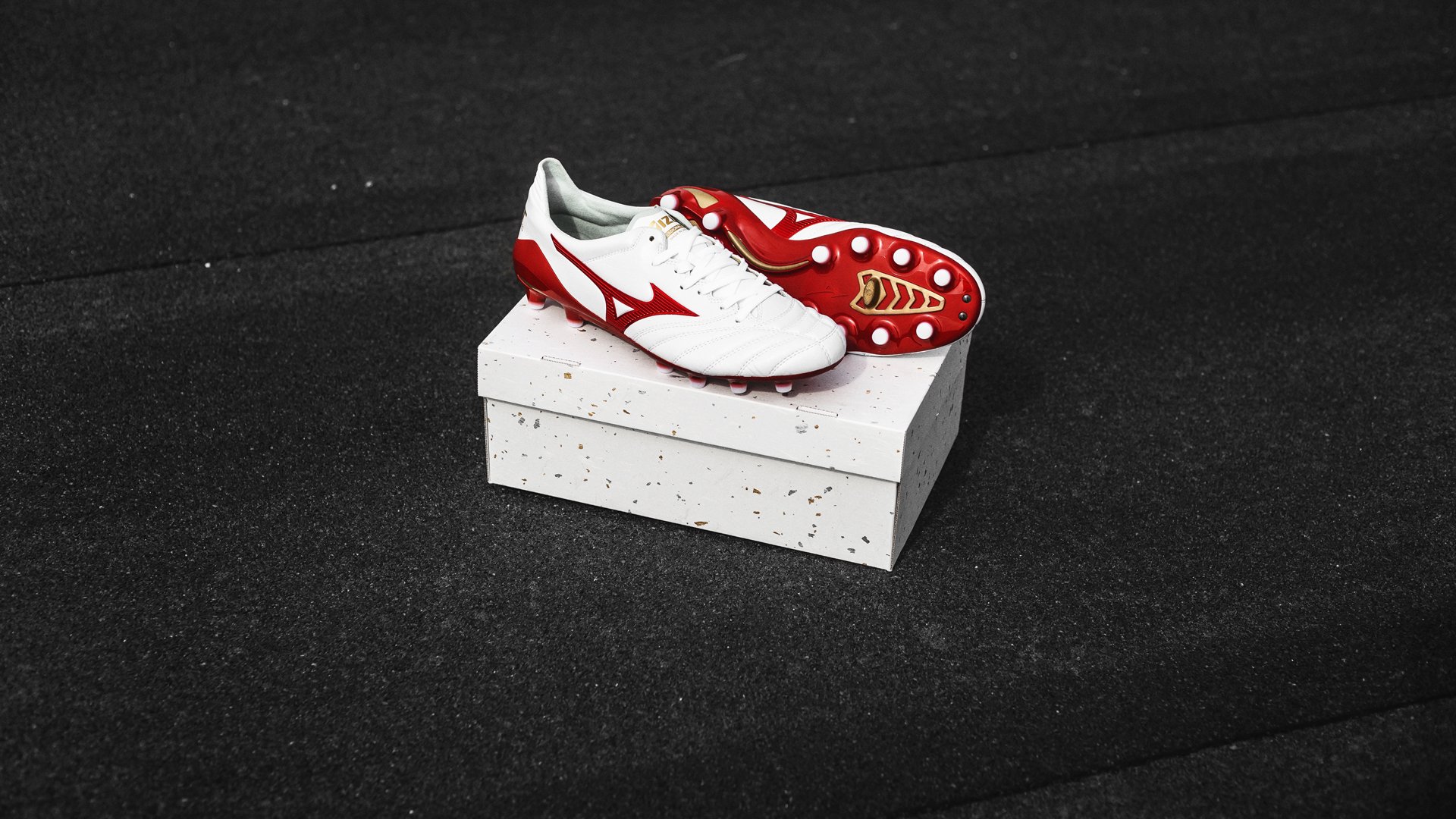 Mizuno is ready to give Fernando Torres his first ever unique football boot, as they introduce the Mizuno Morelia NEO II F9T Limited Edition. Fernando Torres has always preferred white boots, so Mizuno gave him a white boot with red and golden details.

Fernando Torres is without a doubt one of the greatest of his generation, as he’s won major European trophies whilst playing in both Spain and England, while winning the European Championship and the World Cup with Spain. El Nino moved to the Japanese club Sagan Tosu last summer and he also switch out his boots and started to play with Mizuno football boots. Now Mizuno is going to celebrate his astonishing career with a pair of nice Limited Edition boots, which are all about Torres.

Football geek, just like us, know that Fernando Torres has a big crush on white boots, and have mostly only played in whiteout boots throughout his career. That’s why Mizuno is giving him a new cool white boot, as rumors says it makes Fernando Torres feel light on his feet and makes him stand out on the pitch, when wearing them. The white base is combined with cool red and gold details, which are reflections of his Spanish heritage and connection to many of the great club teams that played in red. Mizuno also added F9T, to make it more personal, as it is Torres’ boots to wear on the pitch.

Fernando Torres has scored over 250 goals over the course of his career, which includes both goals in the Premier League and La Liga, where he also created iconic moments for football fans to remember. He has also scored 38 goals in 110 international matches, while being the 3rd highest all-time scorer on the Spanish national team. We might also remember one of his greatest moments in the Euro 2008 Championship Final where he secured Spain the gold medal. All of this is more than enough to make Torres deserve the rights to wear the number 9 on his shirt, a number that he wore throughout all of his career.

I am proud to have helped create and wear these boots which incorporate my Spanish National Team colours and acknowledge that I have always dreamed of being a number 9 and scoring goals for my club and country. These Morelia Neo's are boots that I have always admired, and I am delighted to wear such a great fitting boot.

Mizuno also pays tribute to the number 9 by releasing 1,999 pairs worldwide of the limited edition boot. 1,999 is chosen as it’s the year that Torres signed his first ever professional contract. Furthermore the collection will also include a unique Made in Japan shoe box and special boot bag.

Are you also up for grabbing a pair of the Mizuno Morelia NEO II F9T Limited Edition, then remember to strike already now, as they are available at Unisport.