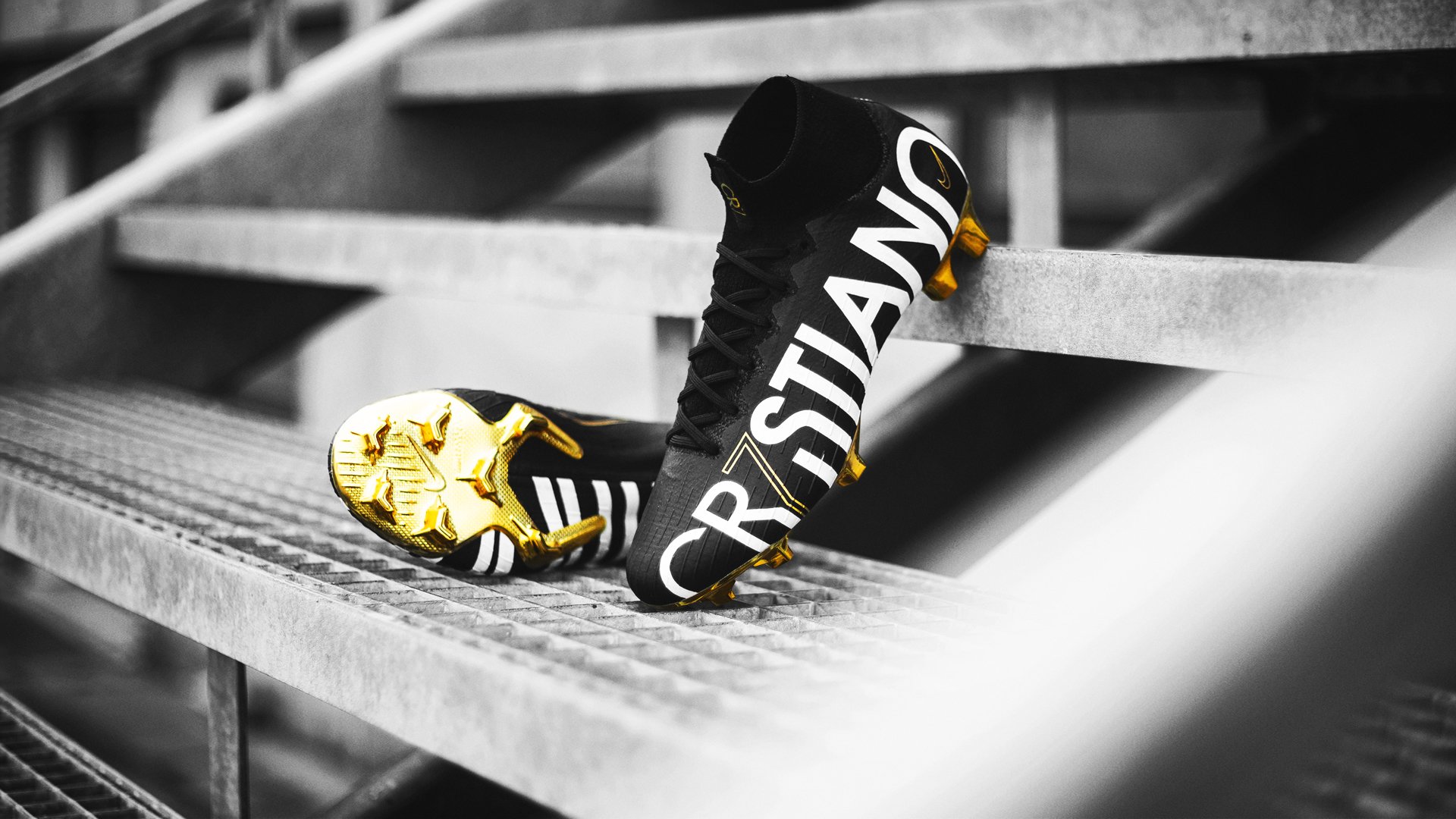 Nike is ready to celebrate another season of trophies with Ronaldo, as they introduce the all new Limited Edition Mercurial Superfly CR7. Cristiano is a player, which is a synonym for signature boots, as his latest might be one of the best made for him.

You’ve might already seen Cristiano Ronaldo run around in some completely new boots during training or the match against Inter Milan. Now Nike is ready to announce the all new Mercurial Superfly CR7 Limited Edition, which has caused all the fuzz. The Mercurial Superfly CR7 Limited Edition is all about CR7’s season, as he switched Real Madrid out with Juventus, while he still managed to win the trophies.

He won 2 trophies with Juventus in his first season, which made him the first player to win the league in Premier League, La Liga and Serie A. The boots are a combination of his new club and the glory that Ronaldo has achieved with them, which ends up with an awesome black, white and gold boot. The black and white is a clear connection towards Juventus and their famous black and white striped home shirt. While the golden soleplate symbolises the trophies and glory that he won and a tribute to his 600 career goals in all leagues he’s played at.

A Ronaldo signature boot wouldn’t be the same, if Ronaldo wasn’t present on the boot. So, Nike added ‘CR7STIANO’ on the outside of the boot, so no one are in doubt of who the boots belong to. This takes the CR7 Limited Edition boots up to the same level as the previous CR7 signature boot, as they stand out on the pitch just like the main man himself, Ronaldo. Too top off the design, Nike has also added white and black stripes on the laces, which makes us think of Juve’s nickname: The Zebras.

Is this one of a kind Ronaldo boot one of those which are going into your football boot collection? Then be sure to get your pair the 6th of May at 9 AM. CEST at Unisport, before it’s to late, as there only will be 2019 pairs worldwide.