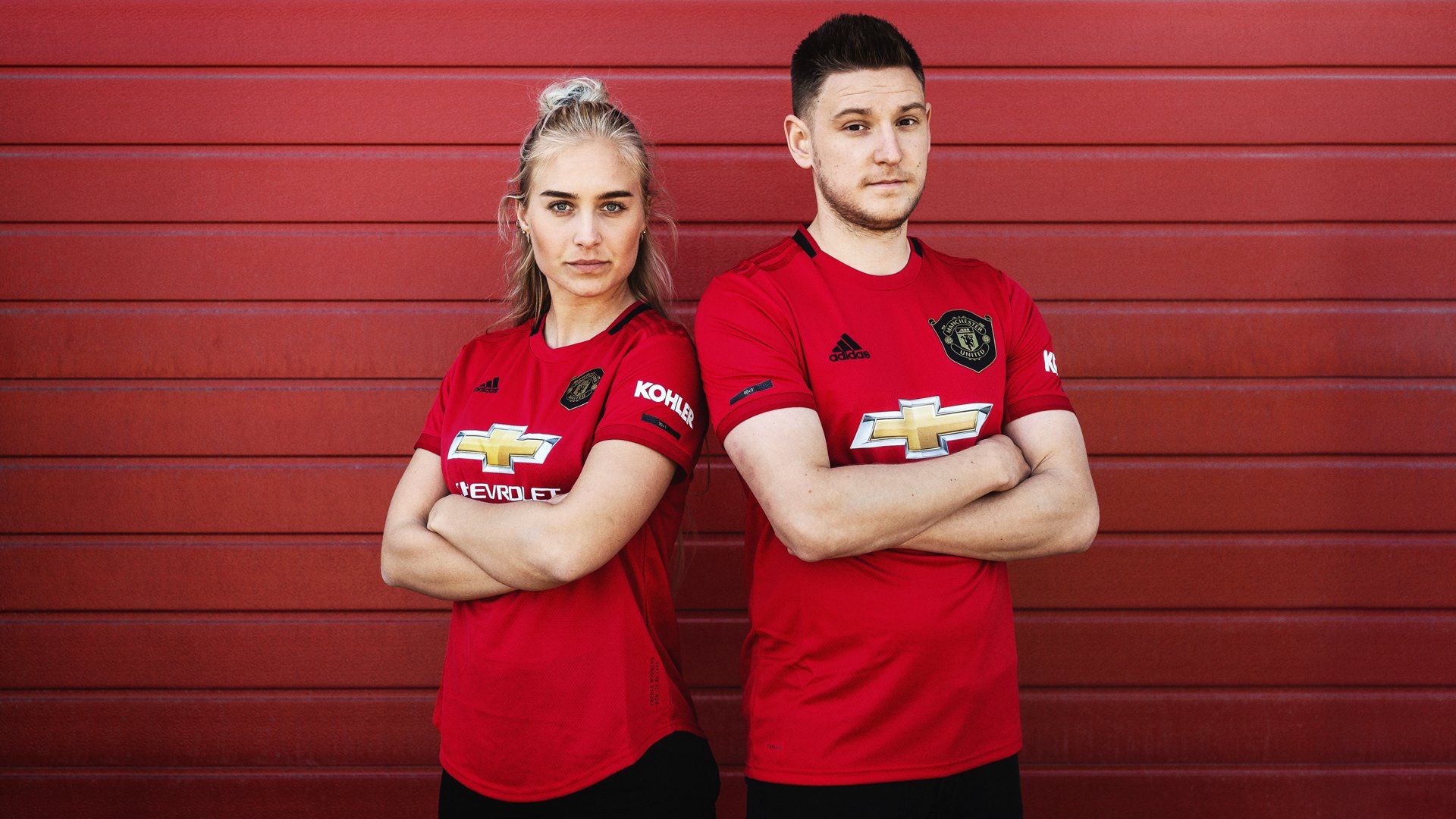 Every Manchester United fan born in the 90s or before remember the 1999 Treble - or at least the final minutes of the Champions League final against Bayern Munich. Down 0-1 Sheringham and Solskjær saved Manchester United and created one of the greatest comebacks ever in a Champions League final. To celebrate the Treble's 20th anniversary, adidas features this on the Manchester United 2019/20 home kit with the minutes of the goals scored against Bayern Munich printed inside small black boxes - 90+1' and 90+3'. Another such box is printed on the inside of the shirt, referencing the dates the club won their three major titles that season - 16 May (Premier League), 22 May (FA Cup) and 26 May (Champions League).

Manchester United's 2019/20 home shirt is predominantly red with black trim on the neck and a black adidas logo on the right chest. The 3 Stripes and sleeve cuffs are styled very subtle on the kit, appearing on the shoulders in a slightly darker red than the base of the shirt. Another nice nod to the 1999 UCL title is that the Man United badge is inspire by the badge on the 1998-99 Champions League shirt.

Are you also crazy about the new Manchester United 2019/20 home shirt? Then get it right here at Unisport.