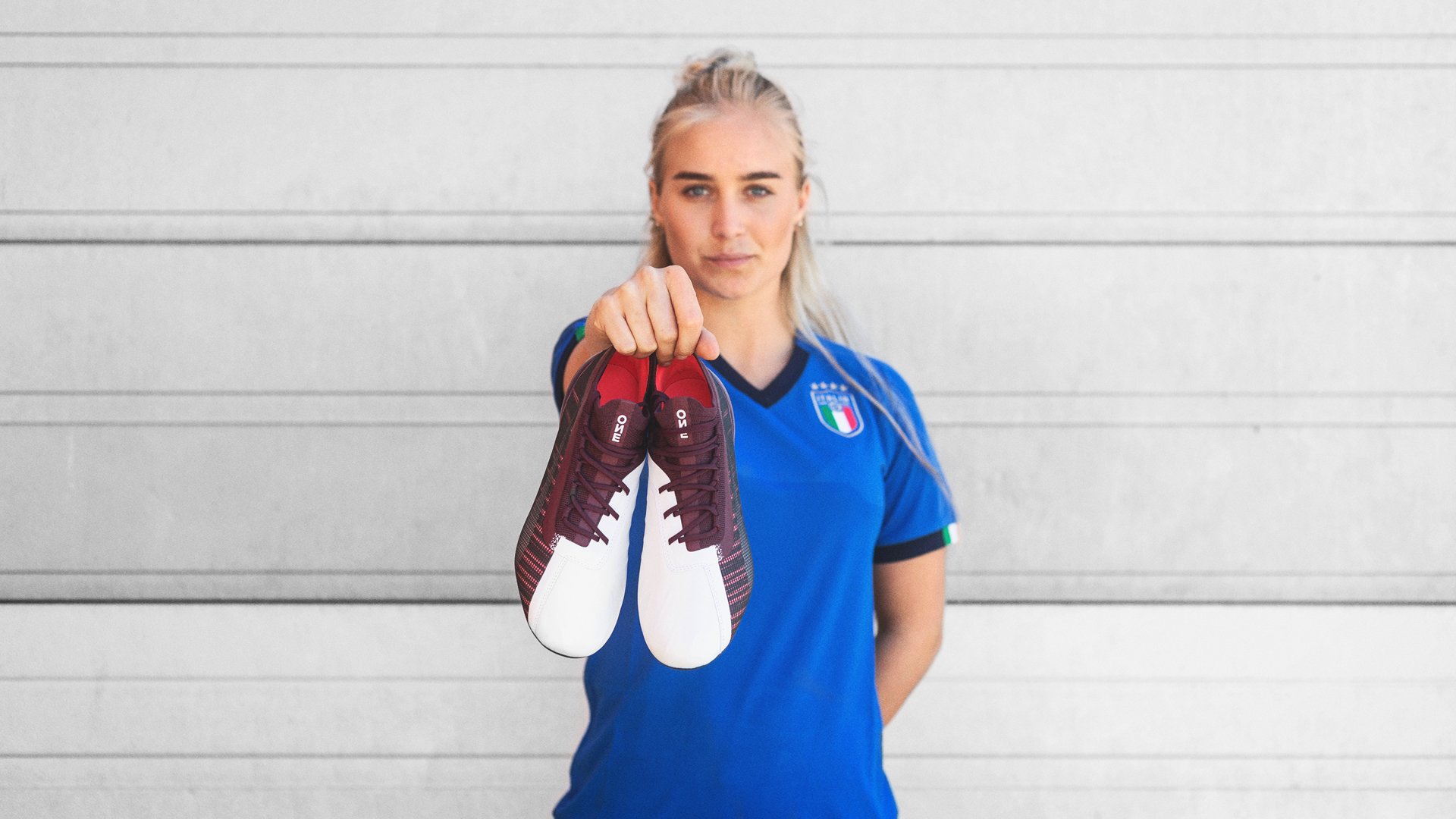 PUMA joins this summer’s party as they launch their World Cup Pack, which gives the PUMA ONE a cool looking World Cup vibe.

The new PUMA football boots are made for the Women’s World Cup, which kicks off the 7th of June in France. To join the party PUMA has made a cool looking colourway, which surely will get the PUMA athletes the attention that they deserve.

The PUMA World Cup Pack comes with a cool burgundy colourway, which is combined with a white leather upper and a cool light red soleplate. The colourways fits the World Cup perfect, as this special colour combination is something we haven’t seen before and it will surely make the World Cup players feel special and get them in the zone, so they can reach New Levels and win the World Cup trophy. p>

The PUMA ONE World Cup Pack will feature a soft and flexible kangaroo upper, that gives a great comfort and unique fit, while you also get a touch on the ball on a whole new level. PUMA has also added the popular Fusefit technology that will allow you to lace your boots as you want. The overall weight is reduced through the RAPIDAGILITY outsole, which will increase your top speed, so you can move freely at high speed around the pitch.