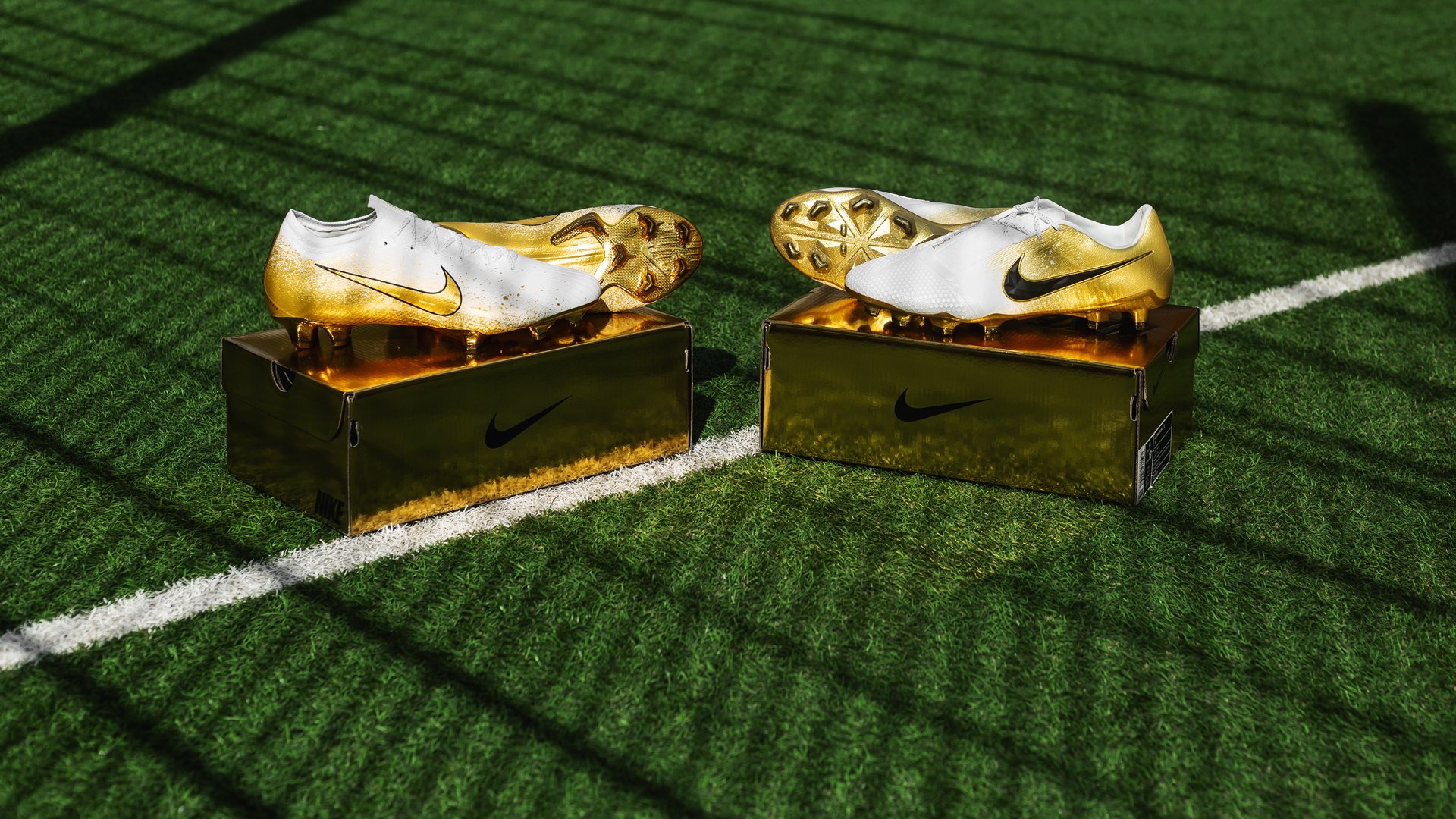 Nike is at it again, when it comes to white and gold boots, as they introduce the limited edition Nike Euphoria Mode boots. Get ready to be blown away by the new stunning Mercurial Vapor and Phantom Venom boots.

Around a month ago, Nike introduced their popular Nike Euphoria Mode, which gave some of the most awesome boots in the game a cool spring vibe colourway. Now Nike is ready to give their Vapor and Venom boots a legend status, as they cover the boots in a sweet white and gold colourwy. We’ve previously seen the Phantom Vision get the same treatment, so we can’t wait to show you what Nike have been up to.

The Nike Euphoria Mode Limited Edition is all about the details, as the Euphoria Mode colourway is turned into gold instead of the colourful spring colours, that you’re used to see. Both the Vapor and Venom comes with a white upper, which has been decorated with gold details. The boots are made for the most lethal players in the game, that either end the game with speed or with power. So, expect to see Sterling dazzle in between his opponents before striking for the goal or notice how Sané blaze past the opponenets as a golden beam to finish the FA Cup final. Could you mention a better way to crown the Champions of England, than by giving them golden boots? We can’t!

We need to mention the soleplates on the boots, as the right up there in the golden league, where Nike’s previous white and golden boots are. The Vapor comes with a super shiny golden soleplate, while the Venom comes with a shimmering effect on the golden soleplate. This just make the boots perfect for any football boot collector’s collection – but they are only made for those who really takes there collection seriously, so be fast if you want to cop your pair at Unisport!

Nike has added a numbering on the heel, which goes from 1-2000, so there will only be 2000 pairs world wide of both boots, which makes the Nike Euphoria Mode Limited Edition even more exclusive. Get your pair right from tomorrow at 09.00 at Unisport – But don’t be slow, as they surely will get sold out within minutes.