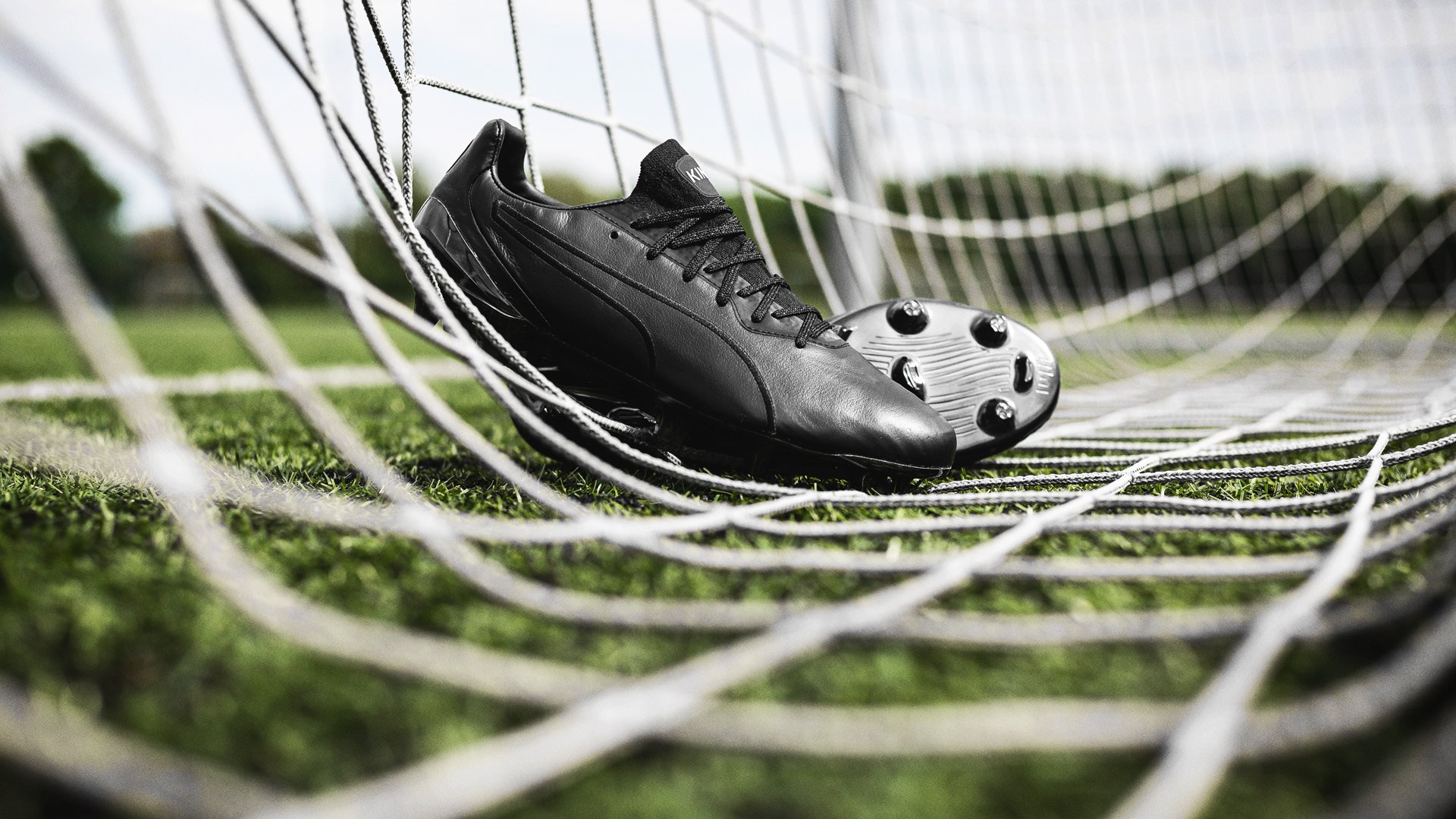 PUMA is ready to take us back in time, as they launch the all new PUMA King Platinum. This boot has been in the game for a long time and is now optimised and back with a brand-new look.

You might be thinking it’s ‘just’ a new PUMA King, but its not just a new PUMA King. PUMA has taken the heritage of the PUMA King and mixed it with innovation, which ends up with this stunning blackout leather boot, so what’s not to like?

The PUMA King Platinum is completely new silhouette and look, which doesn’t make you think of PUMA King. It’s like modern interpretation of the classic boot, which features a lot of cool techs. First of all it’s made lighter – actually the lightest ever Platinum King boot, which offers you a lightweight feeling when you put the boots on. The old school silhouette is changed, so you don’t get the epic fold-over tongue or chunky soleplate. But rather a sleek and stripped-down boot, that focusses on making leather boots even more awesome.

Let’s get techier and look on the changes that PUMA has made. The PUMA King Platinum comes with a soft and subtle kangaroo upper that offers an over the top comfort. The kangaroo upper also offers you a unique fit and a long durability, so you can keep on getting a phenomenal touch on the ball.

The chunky soleplate has been replaced with the RAPIDSPRINT outsole that also reduces the weight off the boot, while giving you a great traction when running, so you can maneuver without problems in the modern-day football. The old school fold-over tongue is removed and replaced with a knitted tongue that gives great fit and stability around the ankles.

We can’t get enough of the new PUMA King Platinum and if you out there wondering if it’s a try worth, then you can get your pair at Unisport from today.