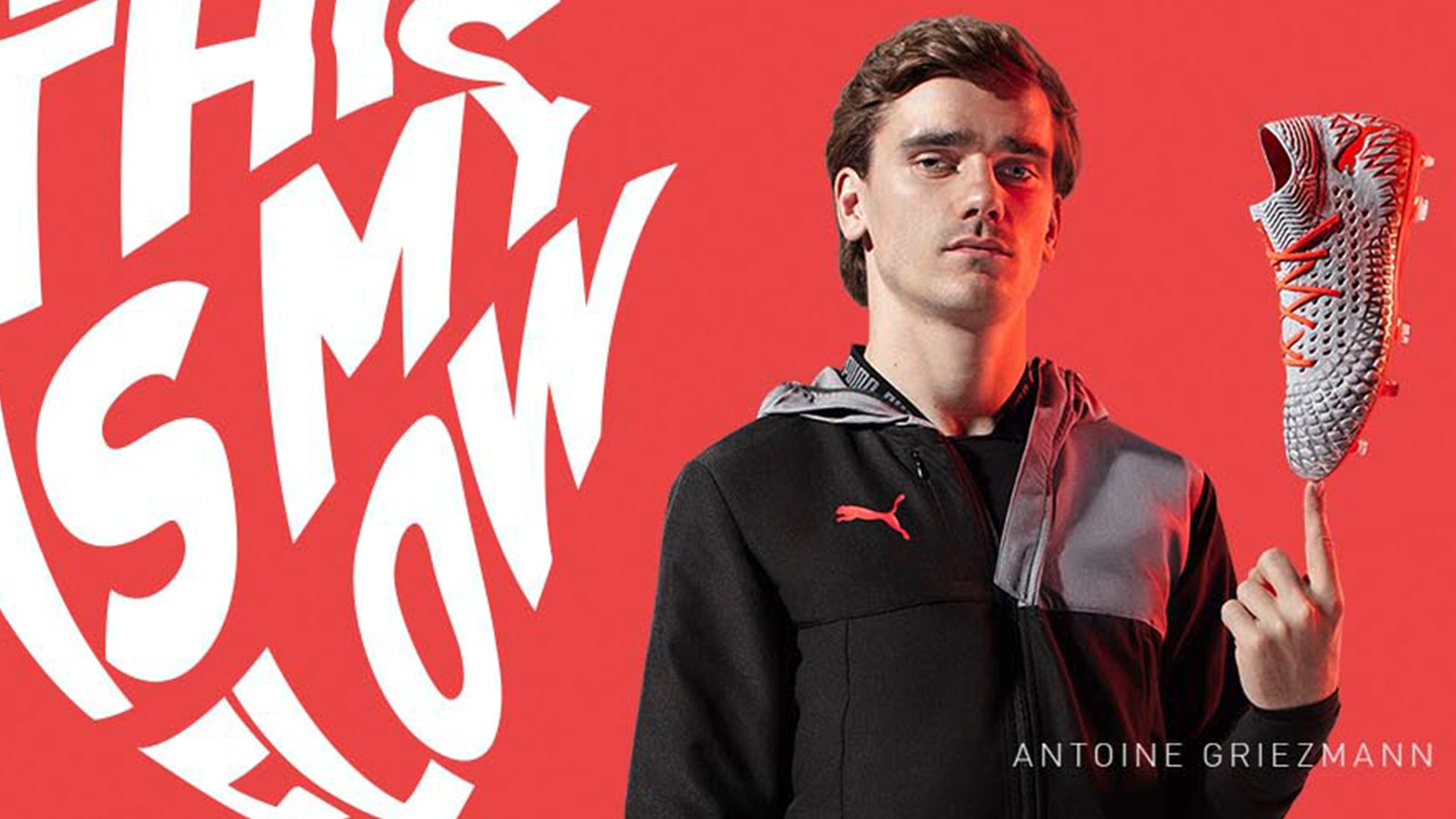 It’s time to time demand the ball and find your flow in the game, while you create the Anthem of your game. To help you on your way, PUMA has updated their Future and ONE boots, giving you the tools for the job.

PUMA is once again ready to take their PUMA football boots to New Levels, as they update their popular Future and ONE silos. Not enough is it two new awesome boots, but also a solid new coluourway that will set the path for your new Anthem, as your flow on the pitch will be like soundwaves.

Let’s start with the PUMA Future 4.1, which definitely is going to be spotted on the feet of played such as Marco Reus, Luis Suárez and Antoine Griezmann, as they express their own personal playstyle, by creating breathtaking moments in every single match. The PUMA Future 4.1 is still one of the most innovative boots out there and will still focus on lace it your way – remember however you play, lace it your way!

Let’s start the tour on the PUMA Future 4.1 by looking on the updated upper, which looks so sweet. The new focus area on the Future boot will now also include the strike on the ball and to help you achieve this, PUMA added a touch zone on the toebox and on the side of the boot, which enhances the touch and strike on the ball. Furthermore, the upper will still include the 3D Havoc Frame, which combined with the evoKNIT PRO gives you a geometric upper.

The evoKNIT Pro upper is a one-piece seamless upper, that will offer you a closer fit and feel, while allowing you to lace your boots as you want for your personal style. The Future 4.1 is made for the creative and agile players of the game, meaning that PUMA has added their RAPIDAGILITY outsole, which combines both conical and bladed studs for a better traction and stability in all conditions, while allowing you to make sharp turns.

The new PUMA ONE 5.1 is also packed with some new awesome stuff, which will only make the new PUMA ONE boot even better, and you’ve might already seen some of the World Cup players, Le Sommer and Formiga, use them during the summer. Now PUMA is ready to introduce the ONE in a cool Anthem Pack colourway. The new PUMA ONE 5.1 introduces a new upper that combines both lightweight stability and premium touch into an aggressive and eye-catching asymmetric split design.

The boot is made for the tactical player who reads the game as no one else on the pitch, so expect to see Lukaku and Sergio Agüero rock these boots their season. The PUMA ONE 5.1 is made with a new so-called SPRINTWEB technology, which is an ultralight and extremely strong woven material structure, which provides a supreme lateral support and stability. This support will allow the players to react quicker with ability and speed.

A premium touch is also available on the PUMA ONE 5.1 and is achieved by the super soft K-leather, that’s applied to the key impact zone on the inside of the boot, while the weight is kept down. Also, the PUMA ONE 5.1 comes with a nice outsole, the RAPIDSPRINT outsole, which is a superlight outsole that comes with a stability enhanced stud configuration and a supportive external heel counter for a quicker burst of pace, which in the end gives a more agile and reactive boot.

No matter if you want a lace it your way boot or comfortable lightweight boot, then you can get both boots at Unisport from today.