In a time, where the one wild colourway replaces the other, we are still fortunate enough, to have a few classy football boots in black and white. We take a look at two of the more recent black and white boots, which are still made with great modern touches. 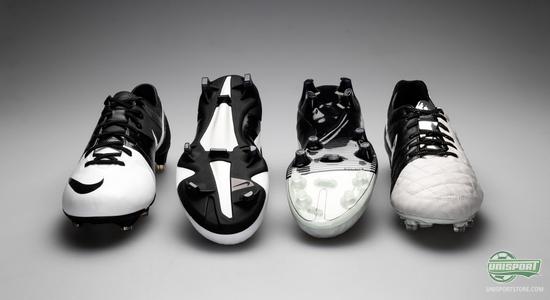 Nike are far from scared of using wild colours, when it comes to launching new football boots. We have seen purple, neon and mango coloured football boots. Yes, even football boots with a starry night sky. Once in a while however Nike return back to the beginning, back to the days of only black and white boots. 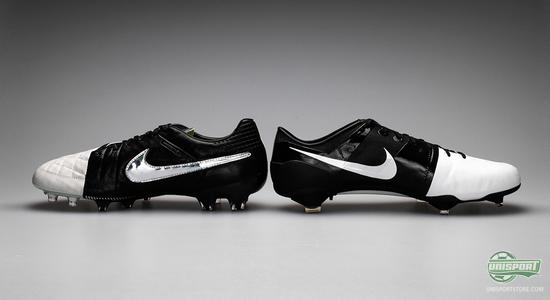 We have taken a look at two of the black/white colourways from Nike in the last few years. They are however far from regular football boots, even though the colours don’t make them stand out. The two football boots are the Nike Tiempo XX Legend V and Nike GS2. 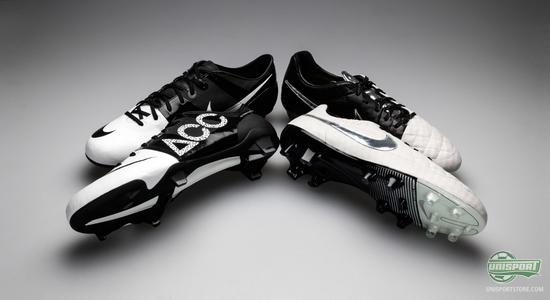 Both boots have one particular thing in common and that is that Nike have filled them with modern technology. They are football boots, which have exactly the same flamboyant features, as their colourful namesakes, but with a far more classic design. In this way Nike respect and appreciate the origin of football boots. 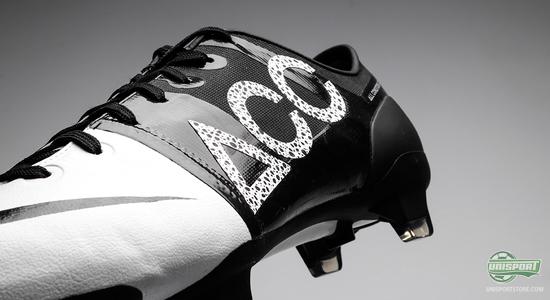 The Nike GS2 boot saw the light of day in November 2012. The thoughts behind this fantastic concept boot was clear; to create a boot as light as at all possible. But hang on – isn’t everyone doing that? What makes the GS special? Well, Nike have made the boot with virtually no environmental impact. 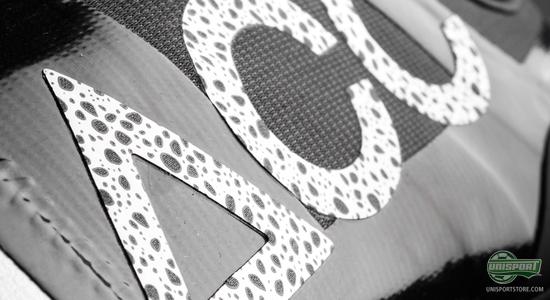 The sole is made to give increased strength and agility on the pitch, but most impressively it does all this, while being made of half biodegradable TPU and half Pebas Rnew, that is a material produced from 97% castorbeans. We'll just repeat that for you, to let it sink in completely; a sole made of beans... As if that wasn't enough, the inside sole is produced from 100% beans and is therefore the epitomisation of simplicity.

The upper is produced with a forefoot of Kanga-Lite that provides an elegant and sharp touch on the ball. The midfoot on the GS2 is made of a synthetic material produced from 70% recycled materials, and the special TPU-bands ensure a 'lockdown-effect' that keeps your foot in place and provides stability. 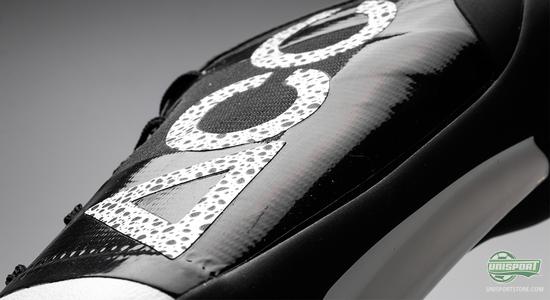 With the introduction of the Nike GS2, the American brand also used the opportunity to show off their, at the time, very new ACC technology. Therefore the boot has been equipped with All Conditions Control on the upper, which is Nike's technology that gives optimised ball control in all conditions. The technology is worked into the upper during production, and ensures the same friction between the ball and boot, in wet weather, as it would otherwise have in dry conditions. 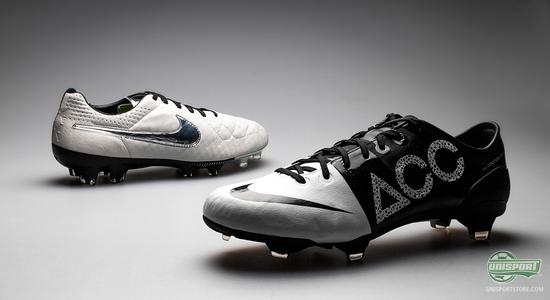 The GS2 football was made for some of Europe’s most talented young footballers. The professionals chosen were Theo Walcott, Eden Hazard, Raheem Sterling, Mario Götze, El Sharaawy and Christian Eriksen, who were given the boots to wear exclusively. 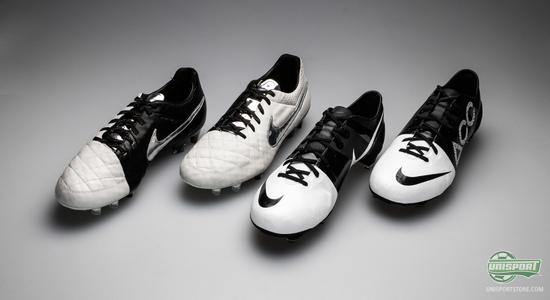 This year it is the 20th birthday of the Nike Tiempo series. When a football boot of this magnitude has such an important anniversary, you need to celebrate it in style. This is why Nike made the very special Tiempo XX Legend V. The brand new fifth generation of the Nike Tiempo Legend is the base for this special anniversary edition, but there are a few changes to the boot, to make it very special. 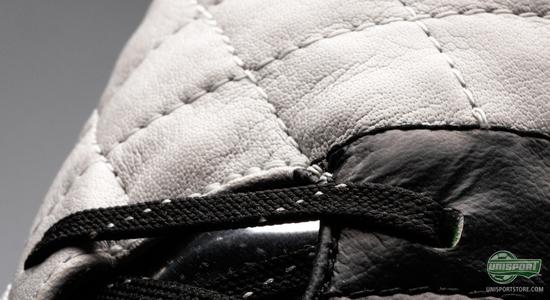 When you first step into a pair of the Nike XX Tiempo Legend V, you instantly feel the exceptional comfort provided. Nike have equipped the boot with Alegria leather, which is the purest leather, with the finest grains known to man. 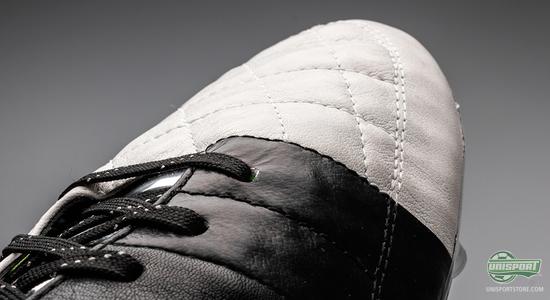 Just 500 sets of the Nike Tiempo XX Pack have been made. You can still get your pair right here – just €350.

Not only does the kangaroo leather make it an incredibly comfortable football boot to step into, it also helps to give a fantastic and precise touch on the ball. Furthermore the Nike Tiempo XX Legend has, just like the GS2 football boot, been equipped with the ACC technology, so it too can withstand the turmoil of bad weather. 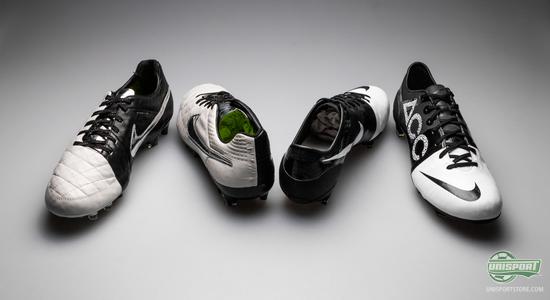 When the rain comes pouring down from the heavens, it is important that your boot does not soak up the water and make your boots as heavy as led. This is why Nike have added their advanced Hypershield- technology to the Nike Tiempo XX Legend V. The Hypershield is developed to repel water and this technology on a leather boot means that you get advantages that you only usually get from synthetic boots.

The sole is made of TPU and it is developed to be flexible and movable. Nike have been inspired by their popular Nike Free collection, where the shoe follows the natural movements of the foot. Nike take comfort and fit to a whole new level with the flexible front foot of the sole. On the stud-configuration they have gone for a mixture of conical studs and bladed studs. This gives a brilliant mix of improved rotation, while the bladed studs improve stability. 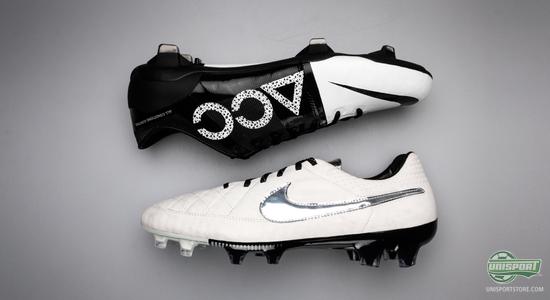 We are thrilled to see that Nike, still enjoy making football boots in classic colourways like these and hope to see many more in the future. What do you think about the black and white football boots? Share your thoughts with us in the comment-section down below, or on Facebook and Twitter.