Puma have with the new evoPOWER really entered the fray, in the fight for the world’s best power boot. Now however it seems that Puma won’t settle for being just the best, now they want to be the biggest too. We have been given an oversized version of the Puma evoPOWER, which we decided to have some fun with. 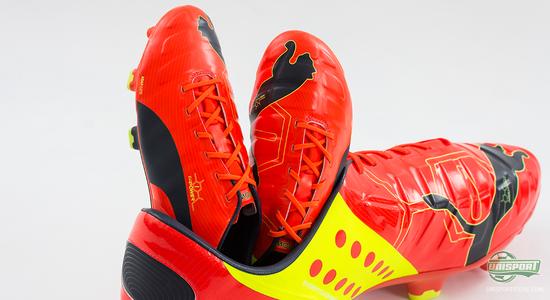 This January we could finally unveil the brand new evoPOWER football boot from Puma. It is a boot built around the concept of barefoot striking given you the most powerful strike possible. The football boot has already caused quite a stir among the biggest Puma stars, with Fabregas, Reus and Balotelli all taking to the new boot.

The regular evoPOWER boot has already landed on stock and already now the new power boot has been welcomed warmly by you all and we don’t blame you one bit, because it truly is a magnificent boot. As a part of the warm up to the launch, Puma launched a special Stampa version exclusively for Mario Balotelli, as well as a Limited Edition Camouflage version, which Reus and Fabregas also had the pleasure of wearing. 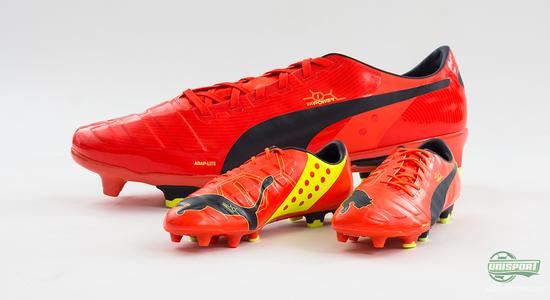 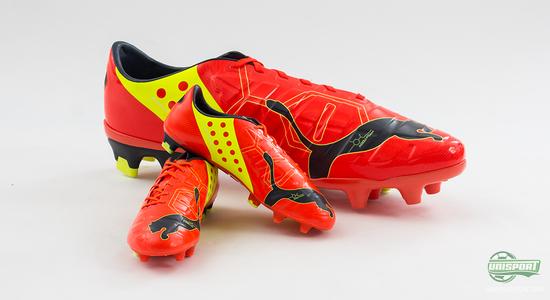 We have the pleasure of introducing the Puma evoPOWER 1 FG XXXXXL. Inside it says it’s a size 45 and that may sound pretty normal, but there is however one catch. It’s a size UK 45. To put it into perspective a regular size 45 is a UK 10½. 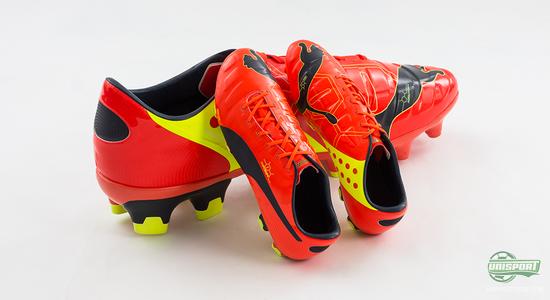 We brought out the calculator to find out just what size that actually was in European sizes and it turns out it was no less than an impressive size 88. The biggest football boot we have ever heard any professional player wearing was worn by the old Czech Republik striker Jan Koller, who used a size 50. Compared to the evoPOWER his feet all of a sudden seem small. 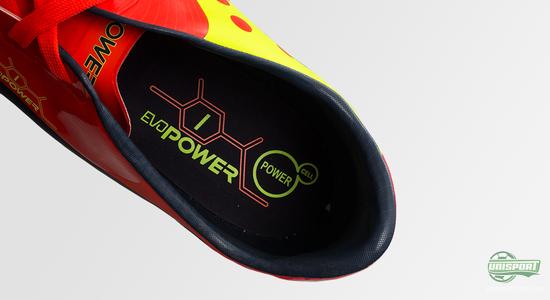 What makes this evoPOWER even more interesting is the fact that Puma have actually equipped the mega evoPOWER with just about the same technologies, as the regular evoPOWER. The upper on the regular model is therefore exactly the same, only much, much bigger. 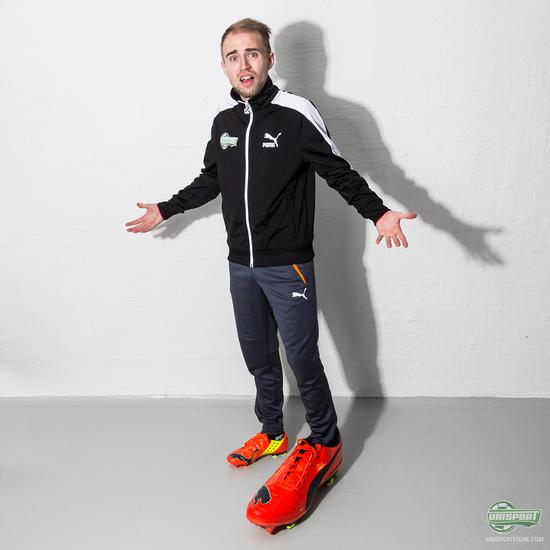 The Japanese synthetic called AdapLite, makes sure the boot can move freely lengthwise, while the movement across the boot is unhindered. The Accufoam elements on the instep give a clean strike surface, which gives added precision and power. 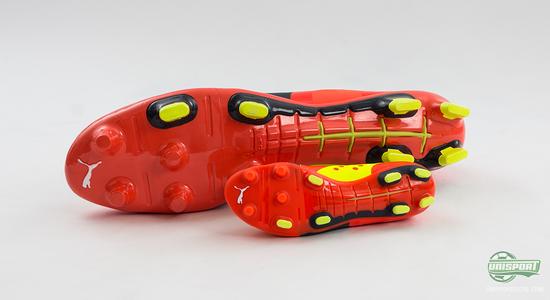 Puma have however not quite been able to recreate the soles material on the large version, so it does not have the same flexibility, as you find in the Gradual Stability Frame on the regular evoPOWER. The thoughts behind this system is that the stability needs to be gradual, so the further down the boot you get, the more flexible it is, to allow for more natural movements and improved strike power. 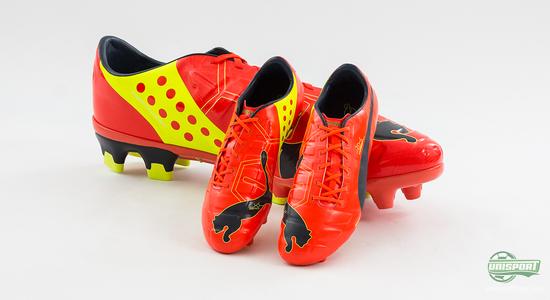 To round things off we want to give you some fun facts about the mega evoPOWER football boot. The laces are 250 centimetres long, on the regular version they are just 115. It weighs an impressive 730 grams, which is very good actually, when considering the size of it. The normal evoPOWER however weighs just 206 grams in a size 42.5.

It has been fun taking a look at this very unusual football boot. What would you do with the big evoPOWER if it was yours? Tell us what you think about this very special football boot, either in the comment-section down below, or on Twitter and Facebook.