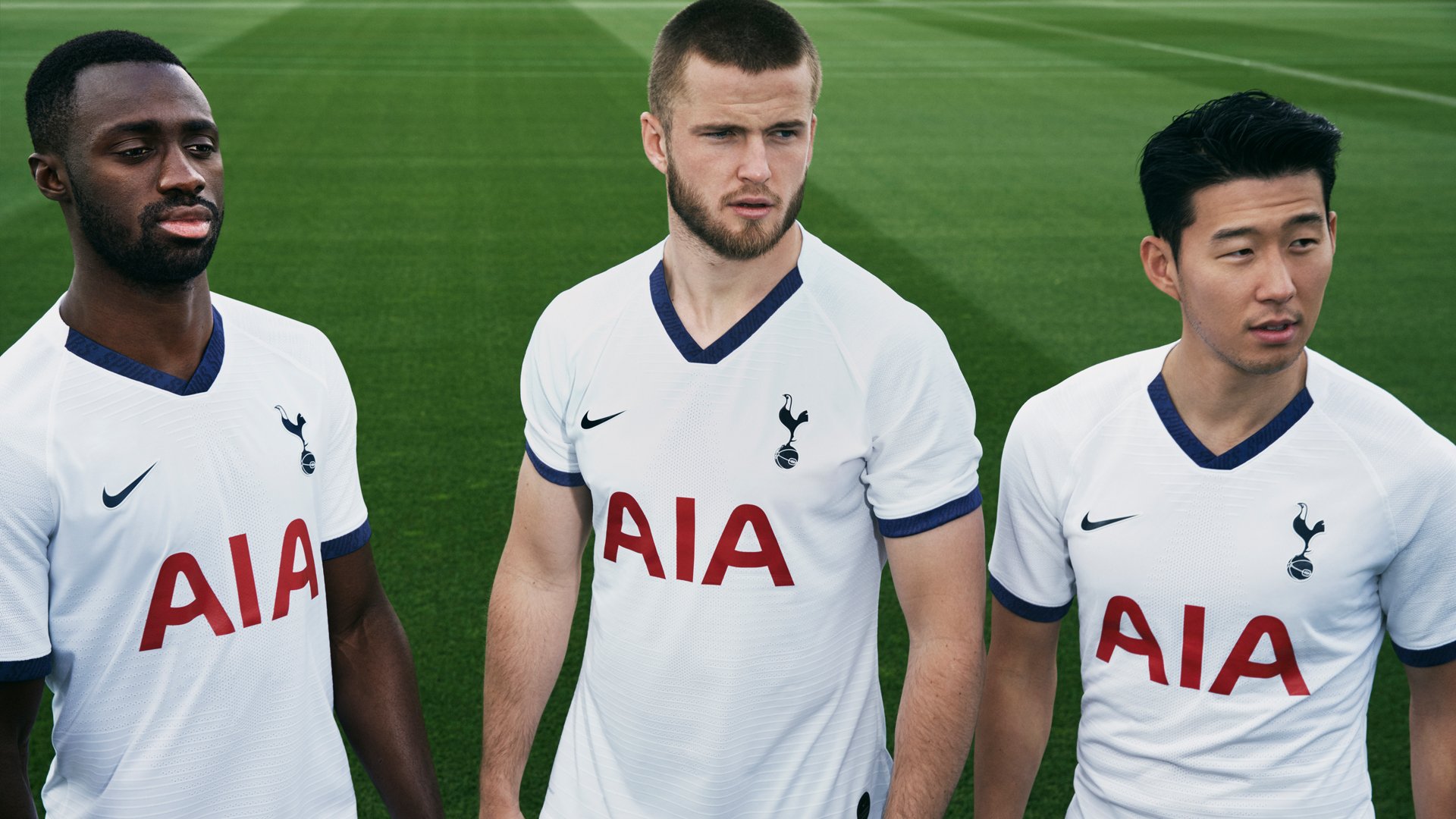 A lot of Tottenham fans have been waiting patiently. Now the wait is over, as Nike presents the new home and away shirts for Spurs. And they’re both clean and classic.

The results for Tottenham Hotspur have just been getting better and better the last couple of years. Finishing in the top 4 regularly and above rivals like Arsenal, Chelsea and Manchester United really pleases the fans. Last season the team even made it to the Champions League final where they lost to Liverpool.

This defeat was a bitter but proud moment for Spurs. The club have been struggling compared to their closest rivals in the last few decades. But the Champions League final might just be the start of something new and big in the club’s history. And now they’re ready with some new shirts to start it all off!

Nike and Tottenham have been partners since the summer of 2017. And as always, the home shirt is white and blue. But compared to last season’s shirt, which had a gradient blue colour at the bottom to match the shorts, this one is way more simple. And the new away shirt has taken a lot of inspiration from the shirts of the 1980’s. Let’s take a look at the new shirts for Spurs:

We will start with the home shirt. It’s a return to the classic identity with a clean, pure white shirt. This one has a V-neck in the typical dark blue. The dark blue is also seen on the cuff on the sleeves. The shirt has a fine and subtle design of small mesh panels on the front. The shirt has the new big Spurs logo and the Nike Swoosh on the chest – and of course the sponsor AIA in a red colour as we're used to see it.

The away shirt has a bit of a retro vibe. The inspiration to the design comes from the club’s shirt from 1985. This shirt featured some thin stripes across the chest. And Nike has taken this graphic design and put it on the chest of the new away shirt. The stripes are a bit thicker, almost blocks, and they’re a nice little reference to the past. They’re made in an almost purple blue. The away shirt also has the big crest, Nike Swoosh and the AIA logo – this is in a plain white colour. We’re pretty sure that this one will be quite popular in the Spurs fanbase!

The full kit will also feature blue shorts and white socks for the home games and an all blue kit when Tottenham are travelling from home.

The shirts are available from today at Unisport. And you can get your own to show your support to the club