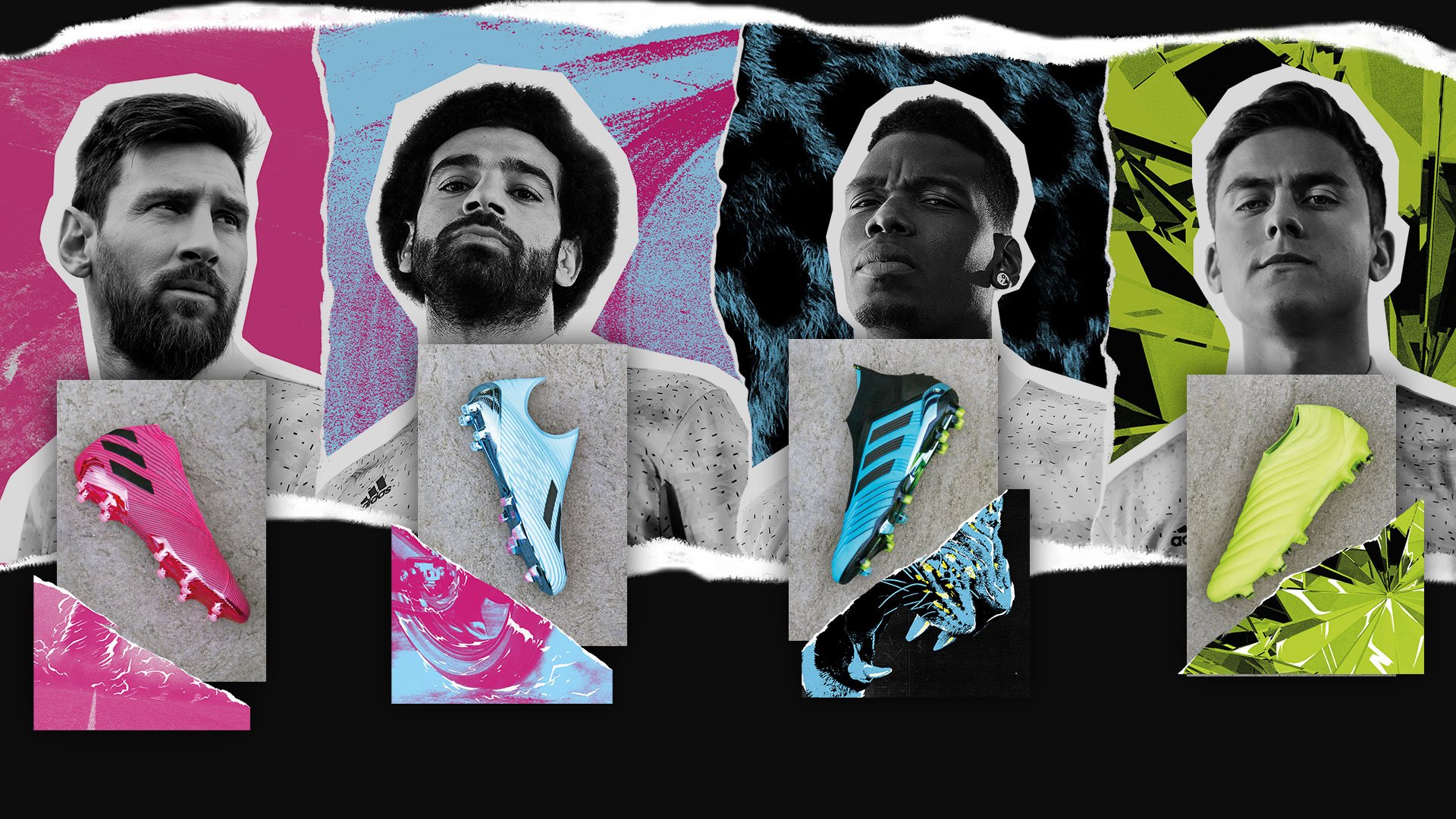 Just a week ago, adidas released a limited-edition boot for the Nemeziz 19+. Now they’re ready to represent a new pack with daring colourways, where all 4 silos are included. The only question remains, are you bold enough to stand out with a pair of adidas boots from the vibrant new pack?

There is no doubt that adidas is on fire. The last couple of months we’ve been introduced to several adidas packs – from the 302 Redirect to the Dark Script Pack. And with summer being at its peak, now adidas introduces us to an all new fresh and multi-coloured pack. A pack which because of its captivating and radiant colours, is a pack for players who certainly aren’t afraid to stand out and who wishes to make a great impact on the pitch. Let’s take a look at them together.

Surely adidas have always been creative, both in terms of the design of the boots, the colourways and definitely the pack names. This time they’ve decided to call the new pack ‘Hard Wired’, which carries a lot of meaning, but basically indicates that something is in-built in the human brain, that is, how we act in certain situations or for instance our desire to succeed and win. And especially the latter can be said to depict the incentive with this pack, which is to wake up your natural hard-wiredness and express yourself by creating. Having that sorted out, we can now focus on the most important thing for this pack: the colourways.

Being the first ever laceless leather boot and crafted for artists, the adidas Copa 19+ has received a special treat with a frisky lime green look, which surely will make you stand out on the pitch and hypnotize your opponents with both artistic skills and the colour itself.

The Predator 19+ on the other hand, which is a boot made for you to master control, comprises a cool turquoise and black colourway, which surely will give you an intense feeling when putting them on your feet.

In proceeding, we have the X 19+. The boot which will give you speed like no other, and with the astonishing new sky-blue colour, you’ll be as fast as the wind.

Last but not least, the colourway for the Nemeziz 19+ is indeed one which illustrates what the Hard Wired pack is all about: to stand out and express yourself, as adidas have given it a provocative pink colour.

Techwise the boots in this pack are completely the same as the boots in the Redirect Pack, and if you’re interested, you can read all about the technologies right here.

So, what do you say, are you hard-wired to win like players such as Salah, Messi and Dybala, and do you feel intrigued to get a pair of your own boots from the expressive Hard Wired Pack? We thought so.