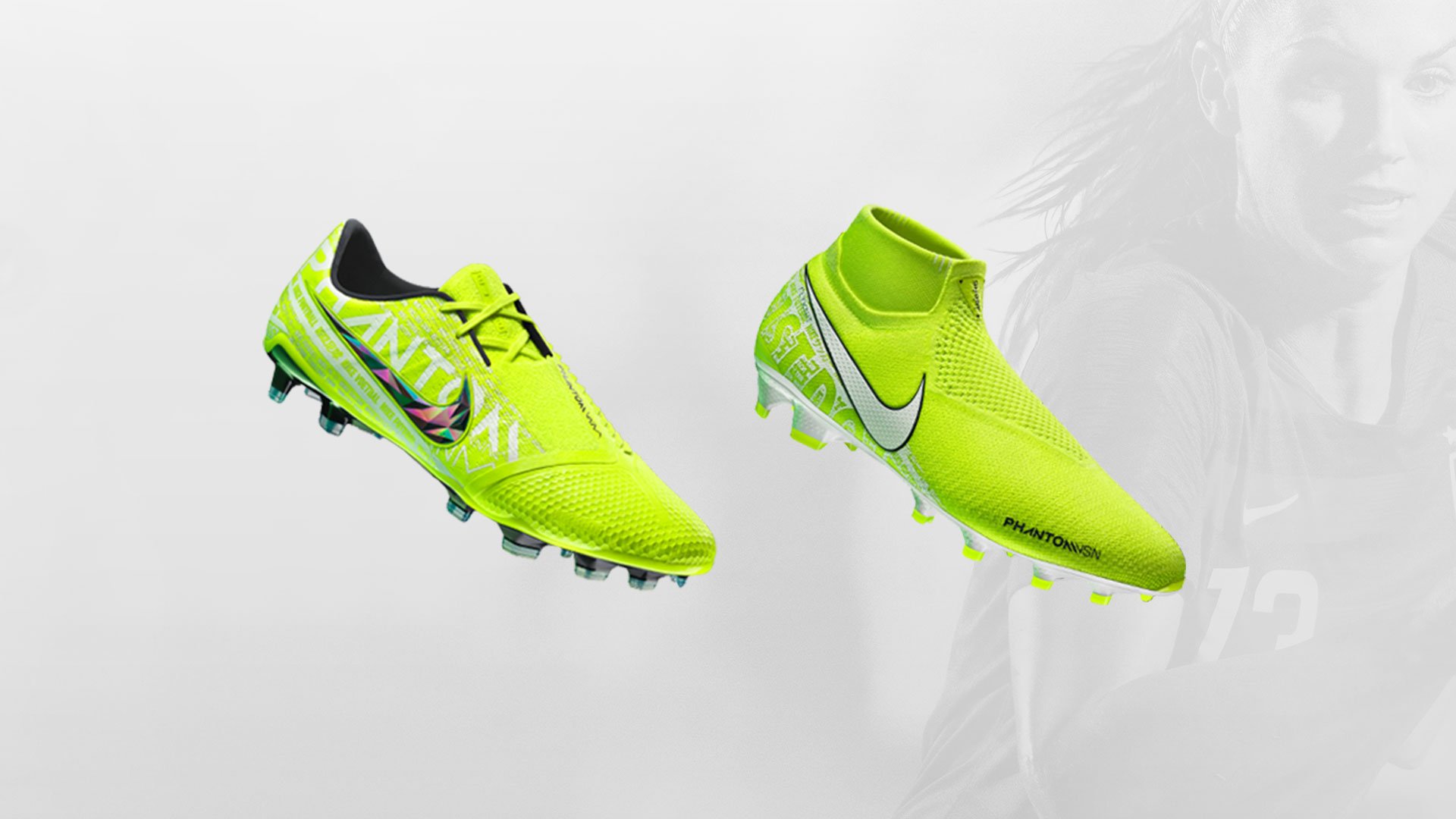 The popular Phantom boots from Nike have got a cool and fresh facelift for the summer, which brings a lot of colour on both the Venom and the Vision.

This summer, Nike have given us both the Tiempo and Mercurial in their summer colourways - the New Lights and the Under the Radar packs. Now it’s time for the Phantom to get a treatment before the season kicks off!

And Nike are giving us two colourways for two boots. This means that we will get two Phantom Vision and two Phantom Venom at the same time - talk about being spoiled!

Come and take a look at the boots and read more about the two new packs with us:

The Phantom Vision was introduced last year after FIFA World Cup 2018. It replaced the Nike Magista which we all had to get used to in the beginning. But now it’s an integrated part of the Nike family. The Phantom Vision is made for the player who has an overview of the pitch and who can control the game with his touch and brilliant passes.

The Phantom Vision is made of two layers of material. There’s an outer part made of Flyknit and an inner part made of the new Quadfit Mesh, which will give you the best stability. The Dynamic Fit Collar gives you great support on the ankle so you can be as comfortable as possible. Underneath the outer part there’s a Ghost Lace System which gives you the easiest lacing possible.

The Nike Phantom Venom was brought to life in early 2019. It replaced the Nike Hypervenom - a beloved boot within the boot nerd community. So there was a lot of expectations for the Venom. And it surely passed the test. It is made for the player who can change a game in a second with one deadly strike.

When you look at the upper of the Phantom Venom, it’s made of Flyknit to give you the best lockdown and stability. The toebox has a micro structure with dimples in it. This will give more friction on the ball and better control. And the strike zone has rubber blades to help you when you want to decide the game in front of the goal.

We will start off with the New Lights Pack. Nike have already released the Mercurial Vapor and the Mercurial Superfly boots in this pack. And now it’s time for the Phantoms to get a New Lights treatment. Both of them are in a volt colourway which is really something else from the usual summer colourways, which have been mostly blackouts the last couple of years. The Phantom Venom comes with a dark Swoosh and a dark soleplate as a cool contrast to the bright volt colour.

The Phantom Vision has a white Swoosh with a black outline and a white soleplate. The sock is the same volt colour as the rest of the upper to keep the fresh look going all the way. Both of the boots has the same element as the Mercurial Vapor and the Superfly on the back of the heel - the ‘Just Do It’-branding and the ACC logo as well.

Nike Under the Radar

We will move on to the Under the Radar pack which is made in the almost opposite colours as the New Lights pack. If we start off with the Phantom Venom again, the first things that comes to mind is the black Swoosh with the volt outline. This really gives the boot a subtle vibe, which is still a pretty bold black boot. The Swoosh has a diamond effect to it which has a small colour change when you change the angle on the boot. A nice detail to it. The soleplate is also kept in black on this.

The Phantom Vision looks like it was made for this colourway. Like the Venom, it has a big Swoosh with a volt outline. Compared to the Venom, the Vision has a volt soleplate which really stands out of the otherwise black boot. A cool touch with gives a nice effect and a different way of making black boots.

We’re really excited about the new Phantoms. It’s gonna be a great look on the pitches around the world, and these really shows us that black and volt always work great together.