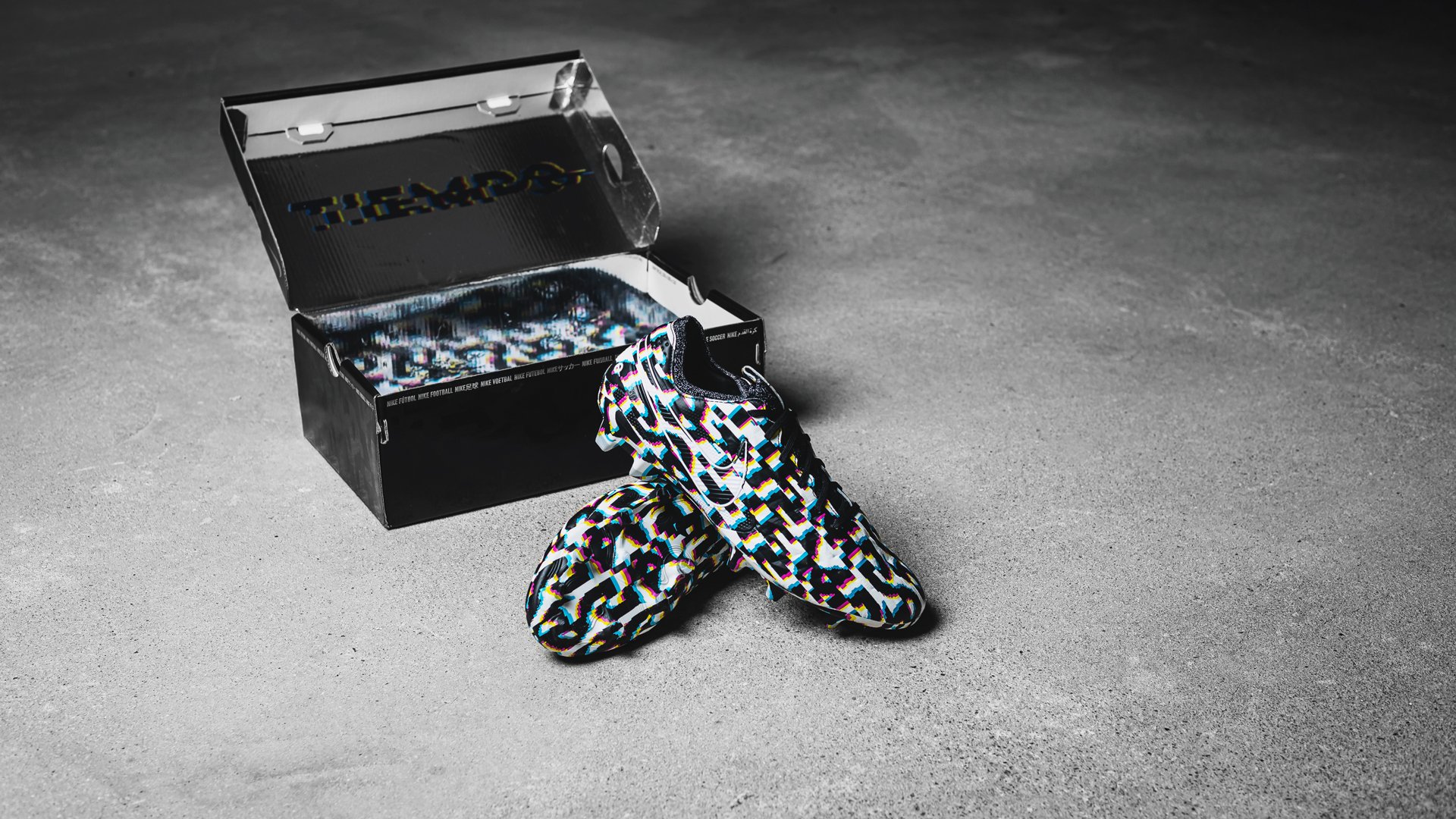 A couple of months ago we saw pictures of these boots on players around Europe. But nothing was official from Nike - until today. It’s time for a new colourway for the Tiempo Legend 8.

Nike has really shown some love for the new Tiempo Legend 8 boots. The model was introduced in June and we’ve already been presented 3 colourways. A black, white and blue. And now it’s time for a fourth colourway in… well… let’s just say that it’s quite different compared to what we normally see on football boots.

The boots are really something else. And we’re sure that they will raise some eyebrows on the pitches when they will be in action. I think we should just take a close look at them now:

This might sound a bit weird but we’ve actually seen these boots before. Earlier this year, before the Tiempo Legend 8 was even released, we could see the Dazzle Camo Pack on players like Sergio Ramos, Gerard Pique and Virgil van Dijk in training sessions.

Normally the boots would be in a blackout colourway before the release. But this time it was completely opposite and the internet exploded of curiosity because of the crazy colours on these boots. All the rumours were about a new Tiempo being released - and they were true.

The first Tiempo Legend 8 was released almost two months ago. And now it’s time for the colourway that we’ve been waiting for. The Tiempo Dazzle Camo of course has the same technologies and innovations as the other Legend 8’s. The difference is just how bold it is compared to the more classy colourways so far.

The colour pattern looks like a bad pixelation or like an old 3D movie where you forgot to put your glasses on. I’m almost getting dizzy by looking at it for too long. The pattern is all over the boots - including the soleplate and the Swoosh which is almost hidden because of the colours.

The tongue, laces and insole are kept in a black and grey colour. It matches the chaotic pattern perfectly. We’re really excited about these and we’re pretty sure that you are as well!

These boots are released in a very limited amount and by looking at the design it’s really going to be a collectors item. This means that you have to be quick to get it. You can get the boots exclusively in our store in Copenhagen and Paris.

Or you can find them right here with the rest of our big collection of Tiempo Legend 8.