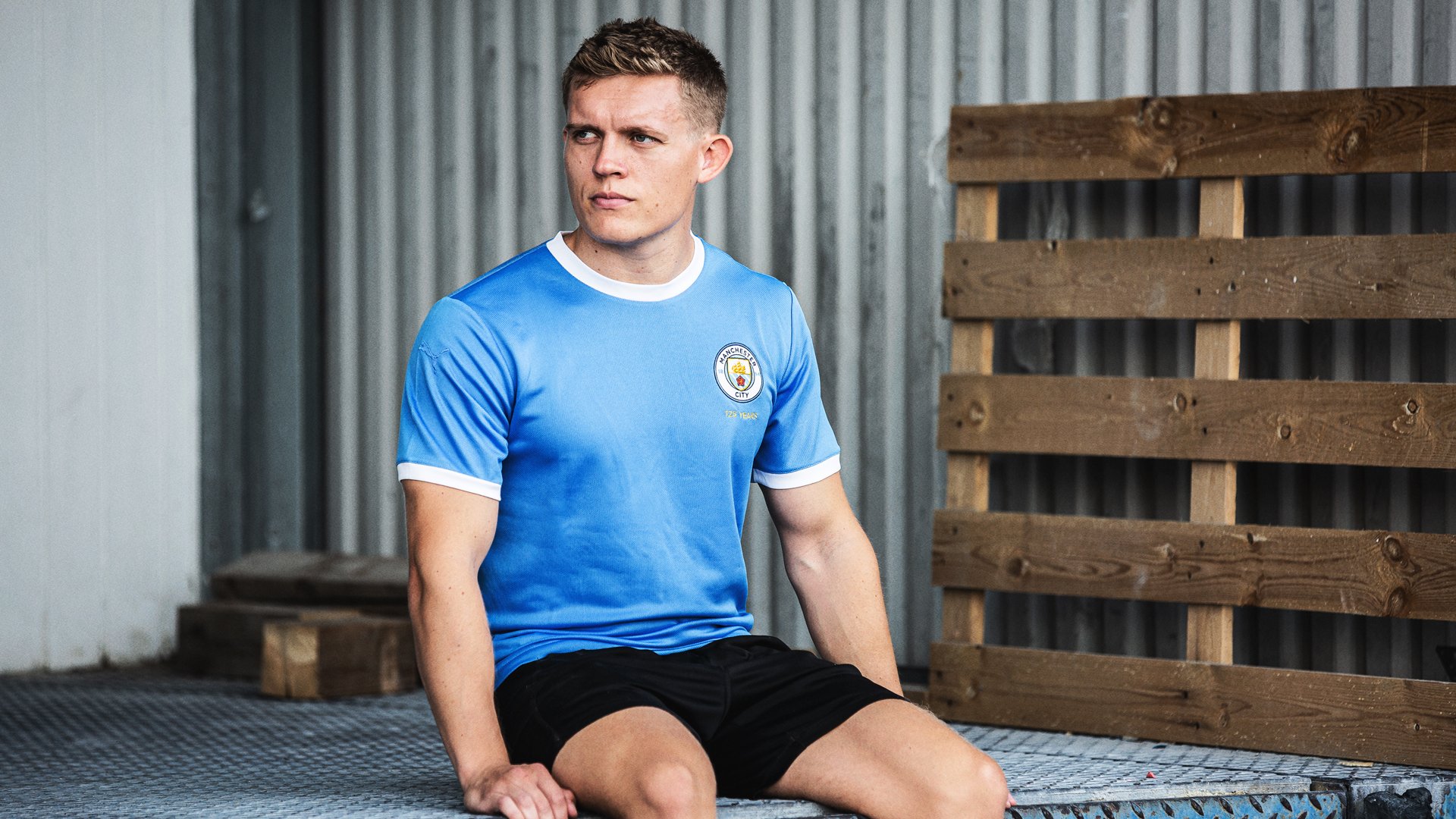 We’ve seen this shirt in action in one game this season. And after a lot of questions about the availability from the fans there’s finally good news - the shirt is here!

Manchester City were founded in 1894 in the area of Gorton, Manchester. Quickly they promoted to the highest level in English football, the First Division, in 1899 and won their first FA Cup in 1904 - this was the first major trophy won by a club from Manchester. The first league title came in 1937.

Since then it’s been up and down for the club from the blue part of the city. Long periods with no trophies were interrupted by some titles here and then - a second league win in 1968 and three more victories in the FA Cup in the 20th century. And then of course the victory in the UEFA Cup Winners Cup of 1970 plays a big part in the club’s history.

But after that it seemed to go downwards for the club being relegated twice in the 1980’s and again in 1996. And after this the club hit its lowest point when in was relegated to the third tier of the English league system. But after the promotion back to the Premier League in 2002 the club haven’t looked back.

The new ownership in 2008 changed the club status forever. From being the little brother to the big clubs in most of its history, the club could now be a consistent part of the league top - winning four championships in the last eight seasons. Yes, the club has club has a rich history with a lot of ups and downs. And to celebrate this iconic club’s 125 year anniversary, PUMA has decided to release a shirt for the fans. Let’s check it out:

The shirt is, of course, in a bright, sky blue colour. It has a very classic look to it. It doesn’t have a big PUMA logo on the chest and it comes with the same “125 years” font under the crest as seen on the regular shirts that has been presented from PUMA already this summer. The neck collar and cuffs on the sleeves a made in a simple and plain white colour.

The back of the neck has the ship from the crest with the year 1894 written on it while the inside has a very special label which will add more to the feeling of being a very special and very limited shirt.

The full kit will be with white shorts and dark blue socks - just like the old days!

And if you didn’t think that this would make the shirt special enough then listen to this - there will be 1,894 authentic shirts available worldwide. This number is to honour the founding year of the club. The replica is a limited edition.

We think that this shirt is a great way to honour a big club with a big history. Classy and timeless. And it’s going to be exciting to see these on the fans at the stadium, bars or in street.

You can show your support to the club and get the shirt right here.