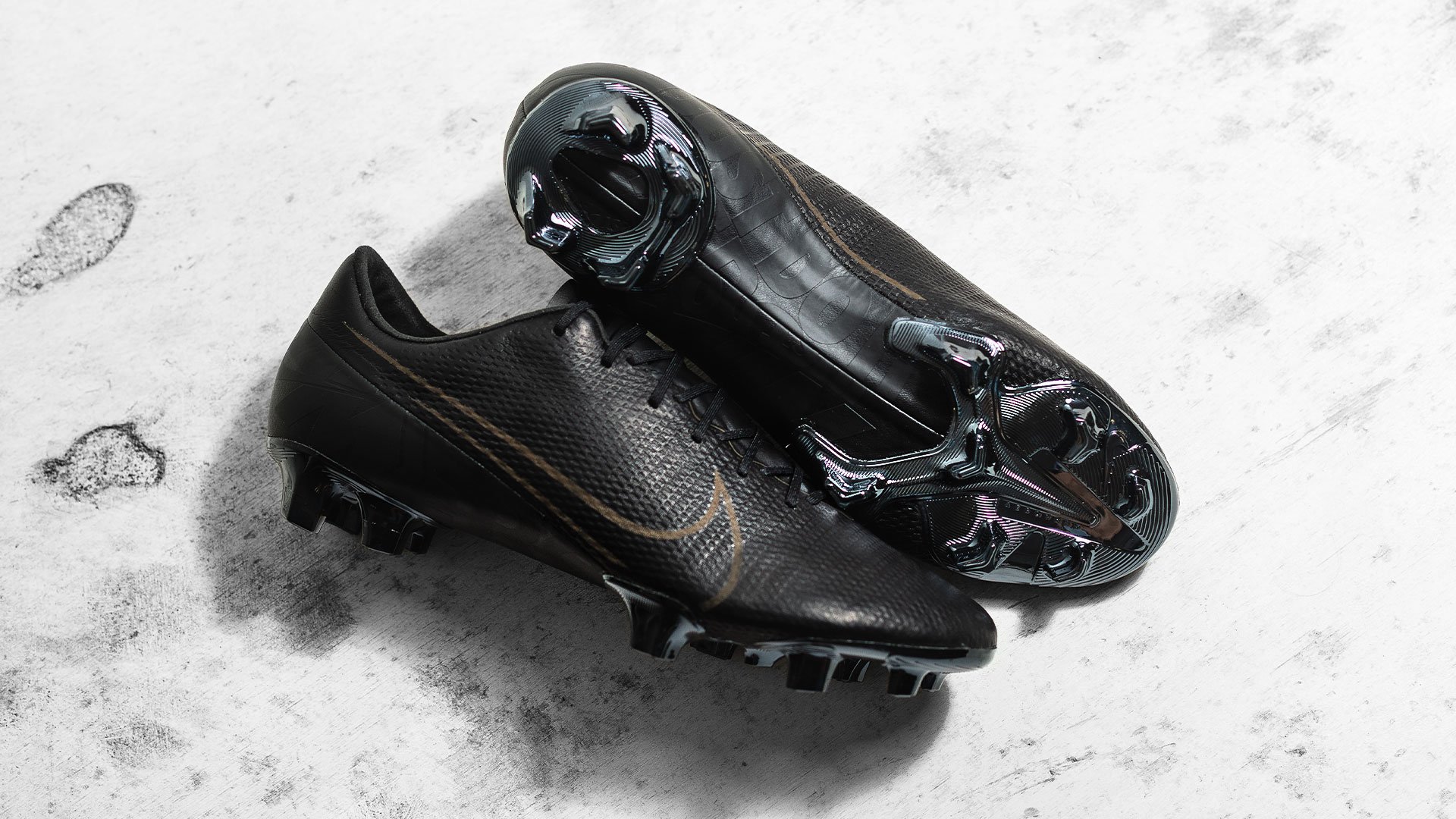 Made with leather, crafted for brilliance. With the new Nike Mercurial Vapor 13 Tech Craft, speed meets comfort. Fasten your seat belts and get ready to get blown away by yet another black beauty.

It’s been more than two years since the last time we witnessed a release of the Nike Vapor Tech Craft football boots, and two Vapor versions since we last saw a leather boot from the Nike Vapor legacy. Because of that, it’s time for another Tech Craft boot made of leather, as Nike presents the newest member of the Vapor 13’s. Before we go through the details, take a moment to enjoy the look of the new and updated Tech Craft’s.

As you can see, the boots have a clean and classy black look, which may resemble other blackout boots from Nike, however, there is a whole lot to it than what meets the eye. Let’s start with the techs.

The new Vapor 13 Tech Craft moulds after your foot and completely replaces the Flyknit upper with extremely soft, thin and premium leather that has an embossed pattern to mimic the woven look from the Flyknit version. Despite that, the leather will give the upper some grip, which, let’s be honest, is pretty essential on the pitch.

The tongue, the suede heel liner and the bottom part on the other hand, are made of nice synthetic leather, which assures that you’ll get that comfortable feel when wearing them.

Last but not least, the Nike swoosh has been given a ravishing goldish colour, being in total contrast to the silver/chrome shimmering soleplates.

There’s no question that the new Tech Craft boots are madly elegant and may be the most comfortable Vapor’s so far.


Convince yourself and get them right here