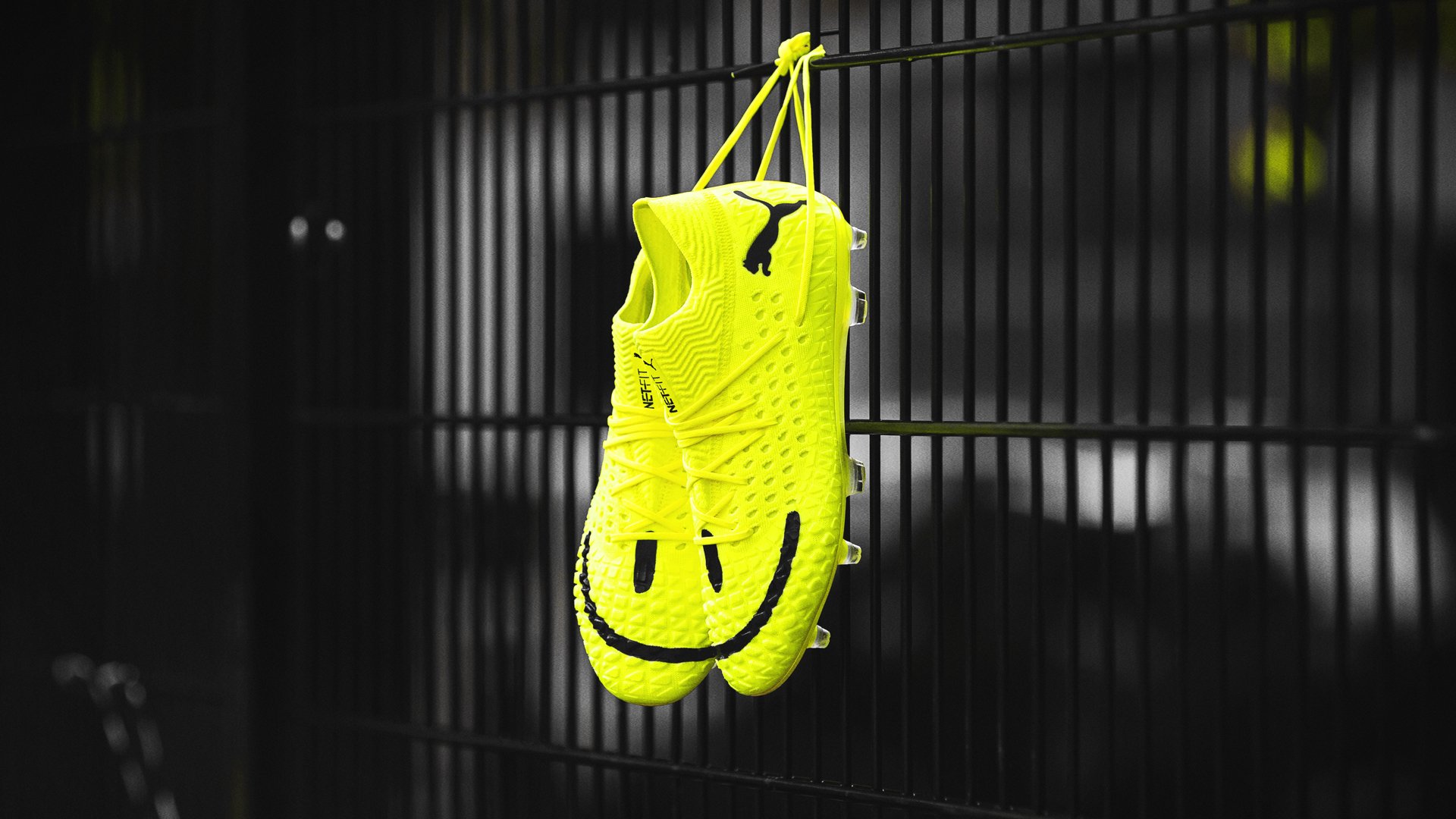 Antoine Griezmann has become one of the best strikers in the world in the recent years. Now he will get new signature boots to show his approach to football.

What's the first thing that strikes you when you hear the name ‘Antoine Griezmann’? The L Dance? The crazy haircuts? Or something entirely else? At Unisport we always think about PUMA boots when we hear the name of the French striker!

He’s had some great moments wearing PUMA boots. Being in the Champions League final in 2016, winning the Europa League in 2018 with Atletico Madrid and of course becoming World Champion with the French National team. Now PUMA is celebrating a 10 year collaboration between the brand and the player by releasing a crazy boot!

Griezmann has had his own signature boots before. And the PUMA Future has almost become a synonym with the French striker. We’ve seen some nice colourways - who doesn’t remember the crazy silver colourway from December 2017? Now it’s time for an even crazier boot. But with a nice and cool touch of a smile.

The PUMA Future Grizi is made in a unique design with a smiley face that covers both boots in the pair. It’s placed on the forefoot to be shown of the most. The base of the boot is made in a volt colour which is really popular at the moment from the different brands. And let's just say that we’re not disappointed about that colourway.

The smiley face is also seen on the soleplate where we have a text surrounding it. The text says: “Win with a smile”. Something that has always been the approach from Griezmann. He’s always trying keep a smile on his face during training, in the dressing room and on the pitch for the big games.

Now this attitude has become a part of his most important equipment - his boots. He will use them on pitch for the first time in the national game against Albania on the 7th of September.

And you can keep on smiling like Griezmann, because you can also get these boots exclusively at Unisport. You can find them today in our stores in Paris and in Copenhagen, or get them from our website. But it’s a very limited edition so you have to be quick to get your pair.