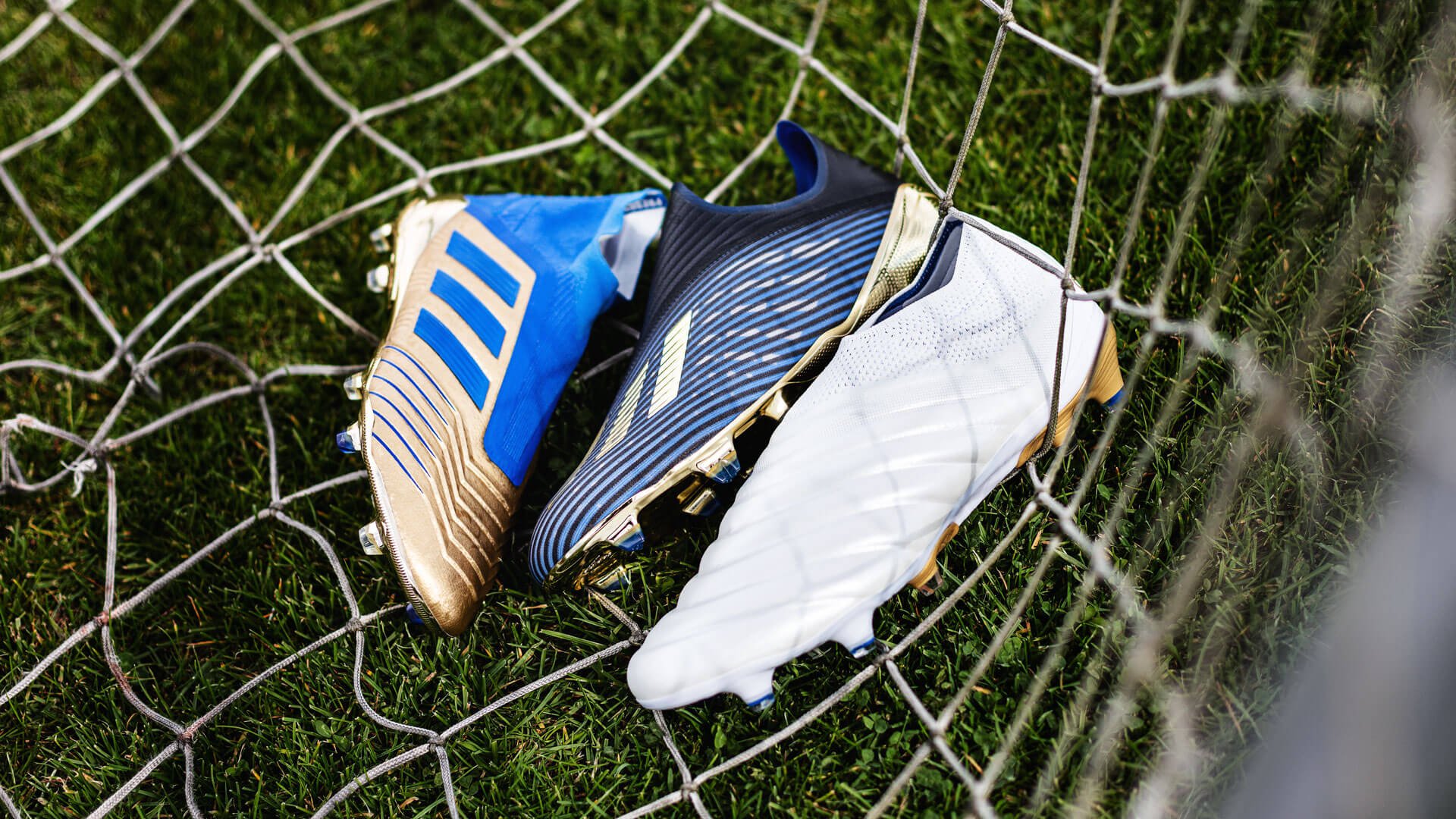 Most people would agree that the UEFA Champions League is all about shining lights, unbelievable plays and most importantly glory. And is there a better way to honour this than to make a couple of theme-coloured boots with golden details? If your answer here is ‘no’, then we’re probably on the same page. Enjoy the view below and we’ll continue in a minute.

It’s actually been a while since the last time adidas launched a new pack, which is why now is the perfect time to introduce the new Input Code Pack with the Champions League just around the corner.

The interesting thing about this pack is undoubtedly the elegant and breathtaking colours, which is why we will not get into details regarding the techs, as they are the same as previous 19+ models.

As seen above, the new adidas pack will feature the X, the Predator and the COPA. You might however wonder why the Nemeziz isn’t a part of this pack, and the simple reason for this is that adidas already created the ‘Inner Game’ Pack, which exclusively featured this franchise. But let’s get back to the Input Code Pack and start off with the COPA 19+ Input Code.

This staggering new leather boot will be worn by players such as Paulo Dybala and is carried out in a clean, elegant and fresh white colourway, with the renowned 3 adidas stripes being gold. A simple yet comprehensive boot.

Now that we’ve mentioned it, the X 19+ Input Code on the other hand actually resembles the adidas Nemeziz Inner Game to some extent, primarily because of the blue/gold combination. But naturally we think this one’s much cooler. Just check out those flashing all-gold soleplates! We surely can’t wait to see Mohamed Salah bedazzle us when wearing them on pitch.

Last but not least, the Predator 19+ Input Code. Even though all three boots include various golden details, the predominant and utterly outstanding element here is gold, as the Flyknit upper, the heel and the three adidas stripes are the only parts finished in a different colour, once again in blue, the rest are all-gold. This makes the Preds more eye-catching and inevitably stand a bit more out than the X and the COPA, while retaining an overall common thread for the pack. These will among others be worn by Dele Alli who will surely outshine his opponents.

We sure can’t wait to see these shine on the pitch during the Champions League.