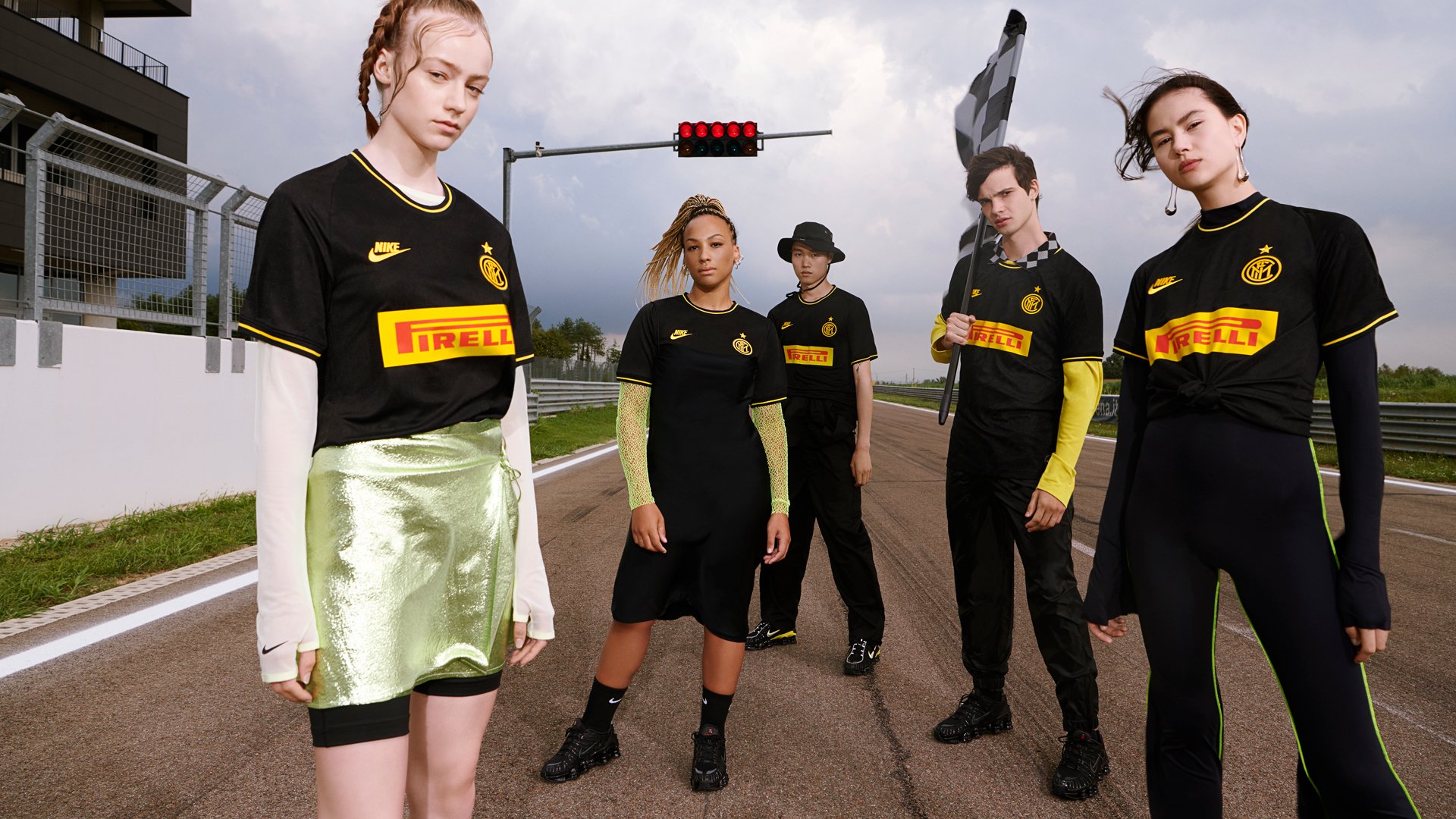 Nike are starting to release the 3rd kits of the biggest clubs in Europe. Now it’s time for Inter to get their shirt. And let’s just say that we’re excited!

Last week we saw the release of both Tottenham’s and Chelsea’s third shirts from Nike. And today it will be F.C. Internazionale who will get a new shirt. And like the others it’s with kind of a retro vibe.

Nike has decided to create shirts that looks like the ones the teams were wearing in the 90’s - so far. Because Inter has got a special treatment from Nike. We will tell you how underneath the pictures.

Inter got the opportunity to create their own and completely unique design. It all starts with the local industry. The official shirt sponsor is from the city of Milan. We’re talking about the tyre manufacturer Pirelli.

You may have seen Pirelli as a supplier in Formula 1 and other motorsports. And Milan is the capital of the Lombardi region - a region who is also home for the legendary Monza race. So the city and Pirelli has the fast cars and smell of tyres in their culture.

But Pirelli has also been on the Inter shirts since 1995. That’s almost 25 years and quite special in the modern world of football. We often see the colours of the sponsor logo being changed to make it look better with the shirt’s design. But this time it’s the other way around. Now the shirt is designed to fit the sponsor logo.

The iconic Pirelli logo is red and yellow. So the details of the new Inter 3rd shirt are also kept in a bright yellow colour. The Inter crest is made more simple. And like the other Nike 3rd shirts, the Swoosh is switched out with the classic Nike Futura logo - just to keep a retro vibe from the 90’s going.

The black colour takes inspiration from the black tyres that the fastest cars in the world are using. Inter Milan have a mindset that says: “Non è a tutti” which translates to “Not for everyone”. But if you like fast cars, cool colour combos or if you’re just a fan of beautiful football shirts, then this one is definitely for you.

Besides this there will also be a big range of apparel that will follow the design of the new shirt. This includes t-shirts, jackets and caps. So there’s something for all Inter fans.

We seriously can’t wait to see the new shirts on the pitches when Inter are playing away from the Guiseppe Meazza stadium.

You can get your own shirt and all the new Inter apparel right now at Unisport!