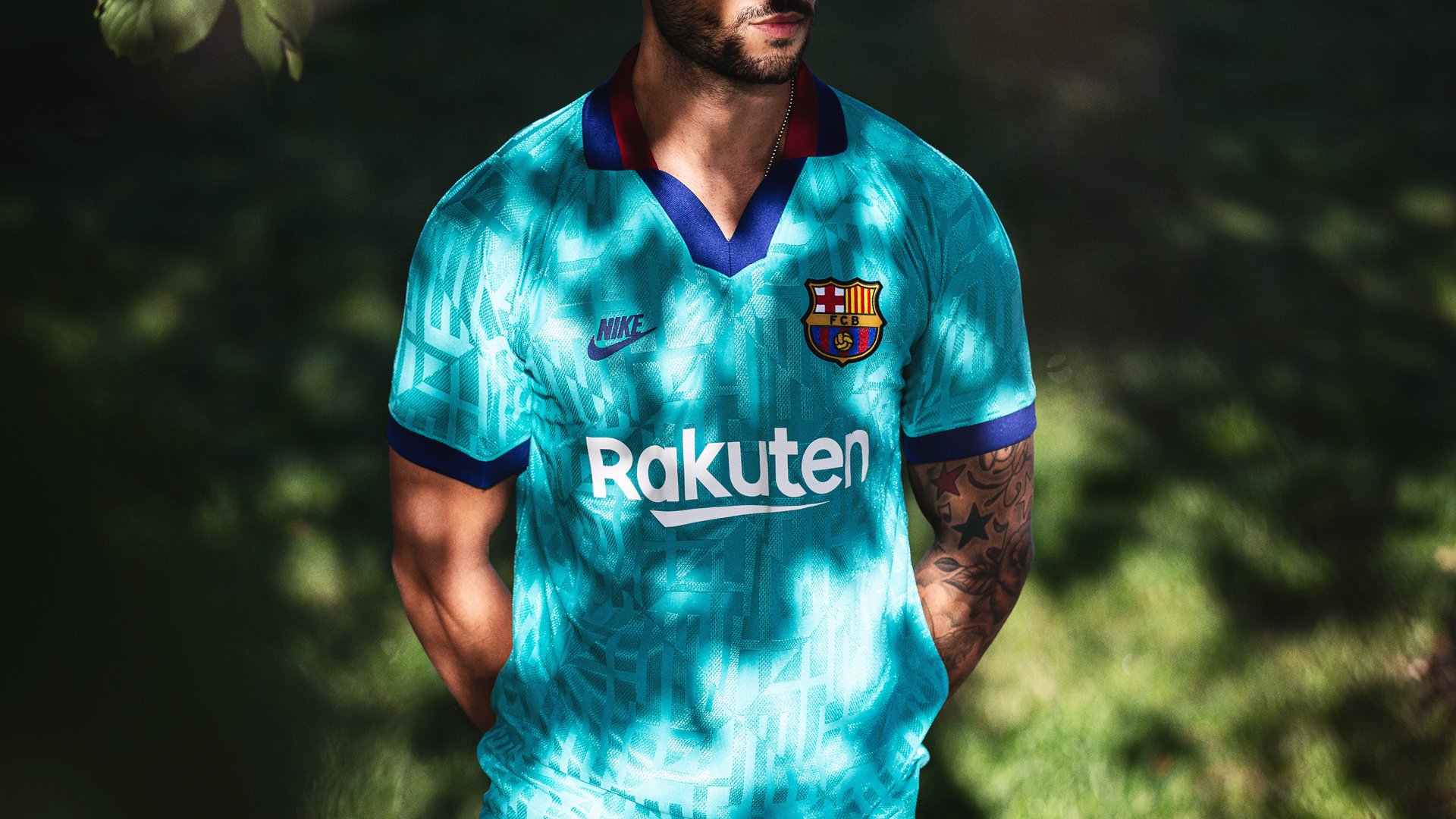 It’s time a another cool looking shirt for this season. And like Nike has done with a couple of clubs already, this is with a clear references to the 90’s Barca team.

There’s something about FC Barcelona and the 1990’s. The club won the league six times, the Copa del Rey three times and the Champions League one time - in 1992. The decade was also famous for the iconic Dream Team with players like Koeman, Romario, Zubizarreta, Laudrup and Stoichkov. All of them were lead by the legendary Johan Cruyff.

And now Nike are ready to make a reference to the 90’s Barca with a new shirt. And let me just say this - it’s quite something. We need to take a look at it now!

The shirt will primarily be used in the Champions League this season and is a part of the ‘Future Heritage’ from Nike where it will have focus on the legends, identity and history of the proud club that is FC Barcelona.

The design itself i pretty exciting as well. The cool, minty colour is a clear reference to the away shirts from the seasons of 1992 until 1995. We’ve seen this colour on away shirts since then. But the design on these have always been more modern. The design on this shirt is about the good old days.

It contains the City of Barcelona’s coat of arms as a crest on the back of the neck. The coat of arms is also a part of the subtle all over print that is shown on the whole shirt. The collar is also pretty retro but with a modern twist so it’s kept in a more sleek design.

And then the shirt of course has the Nike Futura Logo to show homage to the football shirts of the 1990’s.

The full kit will be with shorts and socks in the same colour as the shirt.

This might be one of the best looking kits we’ve ever seen for Barca. It’s going to be awesome to watch Messi, Griezmann and Suarez have fun with their goal scoring wearing these.

If you’re as excited about this shirt, you can find it and order it Unisport right now. Be a part of the Future Heritage