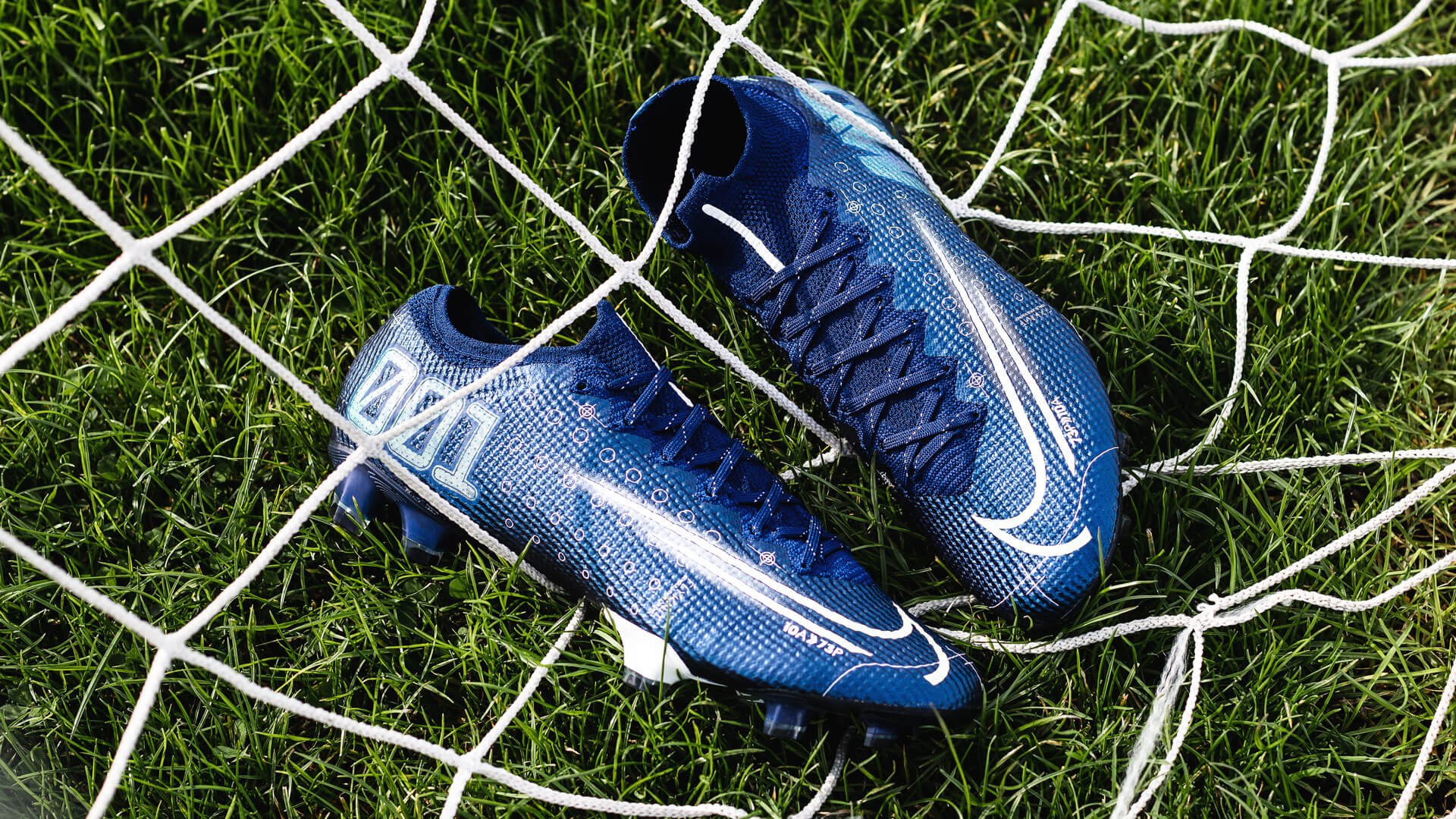 It’s all about the Mercs. Nike are ready to introduce dreamy new Mercurials, which are inspired by two of the fastest football players alive: Ronaldo and Mbappé. Hold tight, because another speed boot is ready to break the sound barrier!

Nike are surely sticking to the speed theme at the moment, as the release of the new Nike Mercurial Dream Speed have many speed-inspired elements incorporated in and on the boots. Have you ever dreamed about boots that will make your speed blow up? You no longer have to! Before we get into the details, take a moment to enjoy the pictures below.

The special Mercurial-only pack have a somewhat futuristic design and are mainly dark blue with additional colours such as white and light yellow.

There are a lot of visual details imprinted on the Vapor and Superfly edition, and since the focus as mentioned above is predominantly on speed, one of those details are the 44,7 km/h lettering on the inner side of the boot, which represents the measurement of Kylian Mbappé’s out of this world top speed.

On the outer side of the boot however, a bold and iridescent ‘001’ lettering is seen, which is representative of the first version of dream speed. Additionally, the 001 lettering may presumably also represent the dominance of the Nike Mercurial boots on the market and the fact that two of the best players in the world will wear them, hence embodying Mbappé and Ronaldo-inspirited elements.

Speaking of the latter, the insole has an imprinted lettering with the words ‘Crafted to the exact specifications of CR7’ along with the ‘MDS 001’ branding. Now, even though this may indicate that the Mercurial Dream Speed are signature boots of the Portuguese star, they aren’t, since Mbappé and the Australian footballer, Samantha Kerr, will wear the boots as well. In other words, the MDS’s are simply inspired by some of the fastest players on the planet.

Moving further, target symbols and circular dots can also be spotted on the boots, which in this case may symbolize fast movement towards your main target as a striker; the goal.

The Nike ‘Swoosh’ on these beauties are yellowish and white, with a similar design as on the Superfly 5 on both the Vapor 13 and Superfly 7 versions.

There’s no doubt that we can’t wait to see Mbappé, Ronaldo and Kerr wear these soon.