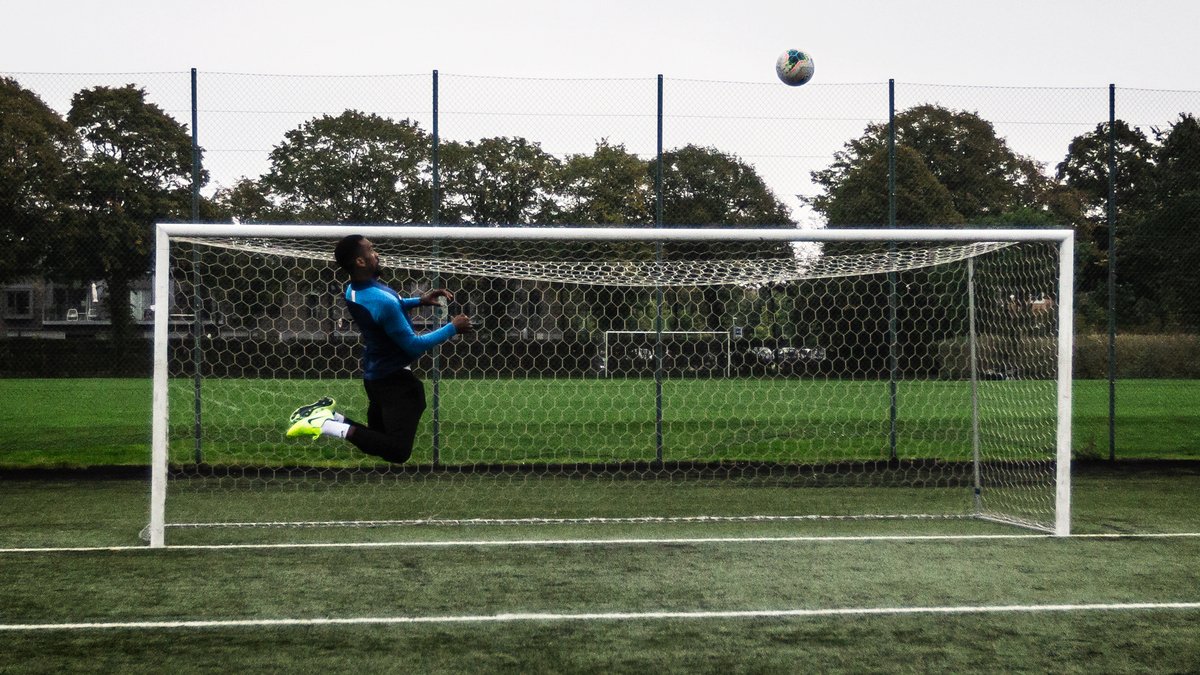 Cristiano Ronaldo is a player who arguably has it all. Dribbling skills, passing accuracy, body control, endurance, strength, speed - and the ability to jump extremely high and put the ball in the back of the net using his head. Ever dreamed about scoring headers like CR7? If yes, then check our tips below, as we’ve tried to to break it down as simple as possible of how the best in the world does it.

Tip 1: Face where your are trying to head the ball

First things first - what constitutes a good header? In the video below, Will John explains that a good rule of thumb is that you should always make sure to use your forehead and follow through instead of hitting the ball with the top of your head, closing your eyes and praying or bull rushing in.

However, when it comes to scoring a header like CR7, that’s a whole other story. First, you have to face where you are trying to head the ball. This way, when you go up to hit it, you got all your momentum and power going the attempted direction. If the ball comes from the side (which it usually does), square up to where you want to hit the ball, take your steps forward and push through like if you were to break a board with your head and remember to keep your eyes on the ball - the entire time. Pretty simple, right?

And what exactly does this mean. Well, if you’ve witnessed some of the many goals CR7 has scored with his head, you might have a preeety good idea that the whole setup is just as important as the keys mentioned above. Now, with that said, CR7 never really stands still and waits for the ball to get kicked in, jumps up really high and heads the ball in the goal. You might have noticed how he moves before scoring, which is precisely why you have to check away before you start to run - either by going backwards, to the left, the right and then jump up and head the ball in the goal. It’s really not that complicated as it may sound, as 6-8 steps where you trick your opponent will do it. So, basically all you do is check here, 1,2 steps, jump up and head the ball in. ¡Siiiiii!

That’s it, guys. These are the tips from Will John on how to head like CR7 and as you’ve hopefully realized by now, you don’t have to be able to jump 78cm in the air like Ronaldo. Just follow the steps or watch the video below and you’ll be bagging headers like CR7 before you know it.