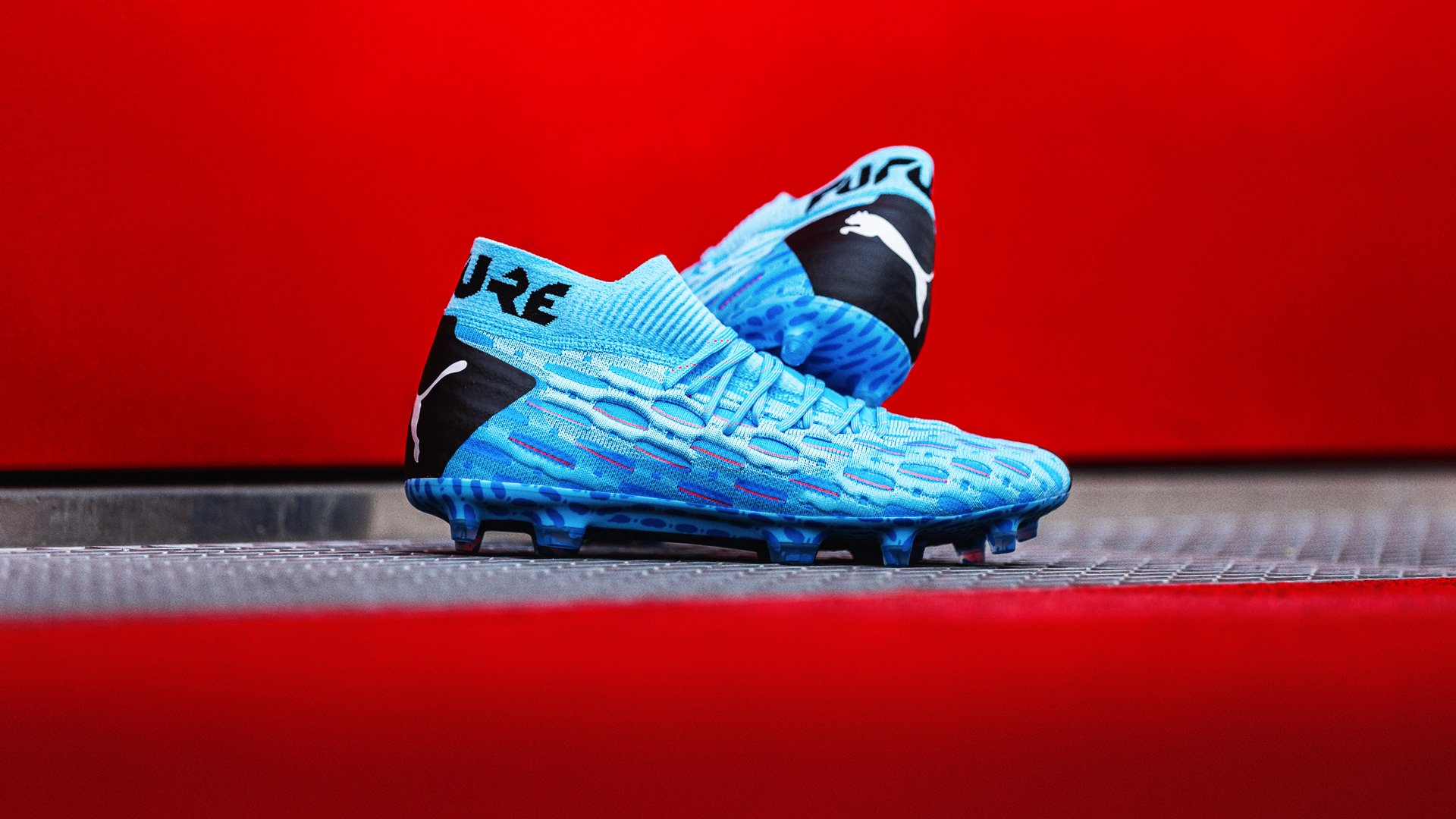 Once again the German brand, PUMA, are ready to introduce a new pack, this time called PUMA Flash Pack, which will only feature the Future boot - but for good reason. Not only have the boots undergone a facelift in regards to the colour, the new Future has been updated with a bunch of new tech’s!

What a year it has been for PUMA. From sensational packs such as the Anthem Pack and the Rush Pack, to exclusive collabs with BALR. Now Puma are ready to spark even more life to their best-selling football boot, the PUMA Future, and sign off for now. Presenting the PUMA Future 5.1, which encompasses a frosty new colourway! Before we dig deep with the details and tech’s, please take a minute to enjoy the images below of the new and advanced PUMA Future.

Inspired by some of the most dynamic players, including Antoine Griezmann, Dzenifer Marozsán, Marco Reus and Luis Suárez, the new PUMA Future 5.1 has a sky blue colourway and a lot of noticeable details. The boots have the “Future” lettering written on the back of the upper, while a huge PUMA logo has been imprinted on the back of the heel. This also applies to the toebox, where the PUMA logo has been merged with an enhanced GripControl Pro layer molded over the toebox - one of the key strike areas of the boot, with an eye to improve touch and control over the ball.

As for the tech’s, the boots incorporate a fully knitted adaptable one-piece upper, which has been updated to feature a flexible honeycomb structure. It is the latest evolution of NETFIT technology, and is created using a textile yarn mix that adapts to the movement of the foot. This means that you’ll have more freedom of movement, and are more able to make sharp turns and quick changes of direction without hesitation. Technology is so cool, huh?! There’s no doubt that the redefined agility is truly the center of the design for the new PUMA Future, and the cutting-edge NETFIT technology additionally offer players a variety of customizable lacing options to amplify both fit and stability.

The instinctive and agile design of the state-of-the-art new PUMA Future 5.1 Flash are completed with the super lightweight RAPIDAGILITY outsole, which has a sky blue / dark blue colour, just as the rest of the boot. For explosive multidirectional movement, the conical and bladed studs aid traction and stability, meaning that you’ll get full support in all conditions.

As defenders have become more intelligent and resolute, it’s crucial to wear boots which will make your movements rapid and unpredictable, in order to successfully dribble by your opponent in a flash.