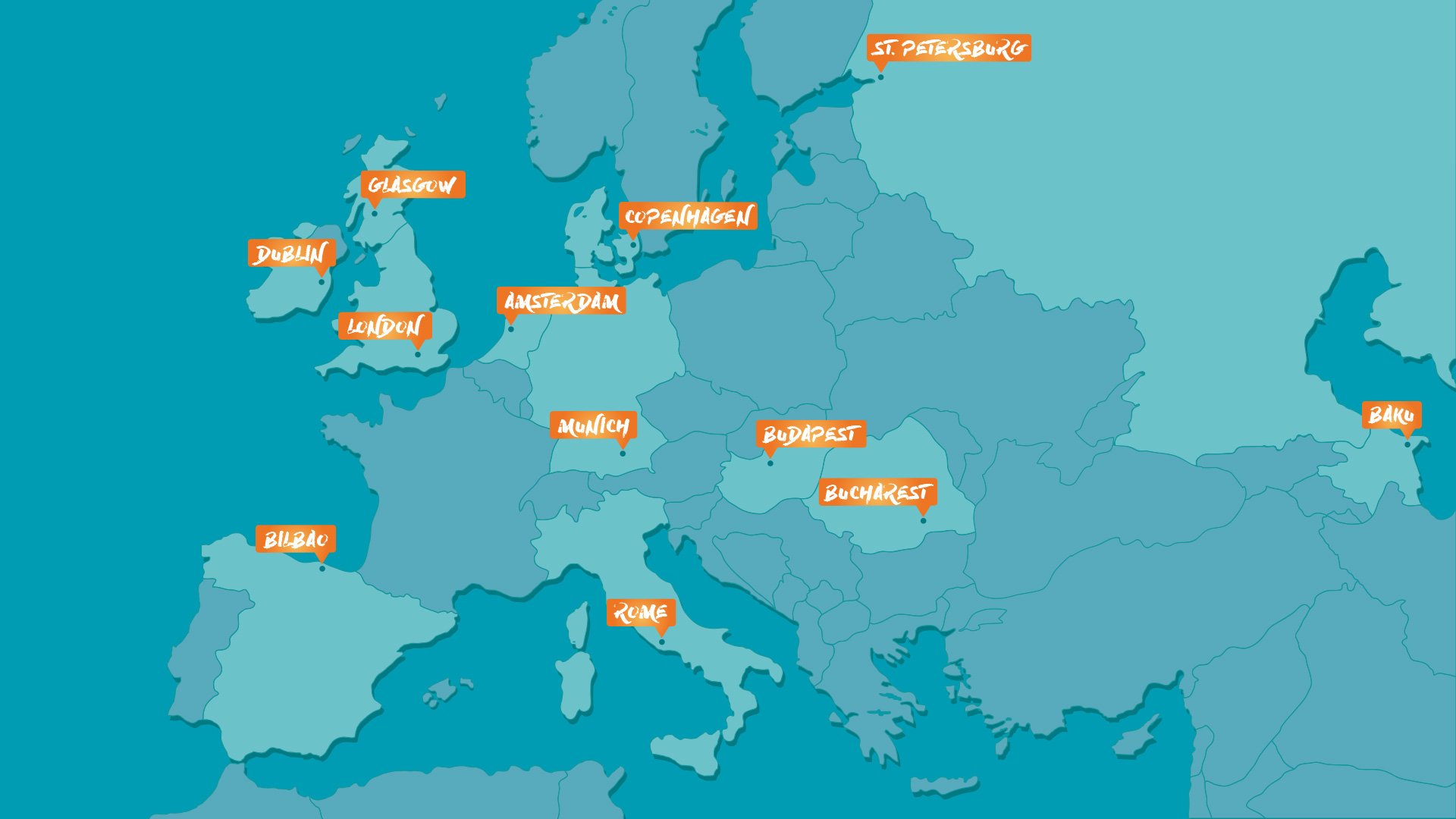 Even though there’s still a couple of months until the Euro kicks off in 2020, there’s still a reason to read about it. Unisport wants to teach you the most important information of a very special tournament.

When the hosts for Euro 2020 was announced, everyone was a bit surprised. Because this time the tournament will not be held in one or two countries. No, Euro 2020 will be played across all of Europe.

This decision was made to celebrate the 60th anniversary of the tournament. The first one was played in 1960 in France. Back then the tournament had four participating teams and the winner was Soviet Union.

In 2020 there will be 24 teams to join the biggest party in Europe ever! And they will face each other in 12 different stadiums in 12 different countries. These countries are not qualified automatically. This means that there will be a lot of games without a home team but where all the fans can have a big celebration together.

EURO 2020 will be played from the 12th of June and a month forward until the 12th of July. The host cities will be London, Munich, Rome, Baku, Saint Petersburg, Bucharest, Amsterdam, Dublin, Bilbao, Budapest, Glasgow and Copenhagen. Each city will host three group stage matches and one match in the round of 16 or quarter finals. The last three games, semi finals and final, will all be played at Wembley in London - the biggest stadium in the tournament with a massive capacity of 90.000 people.

If one of the host countries are qualified, they will have at least two matches at home. That’s a great way for the fans to get a once-in-a-lifetime opportunity to show their support to their national team at home at a major tournament.

We seriously can’t wait for the Euro 2020 to get started. And we’re just counting the months, weeks and days now. To kill the waiting time, you can head over to our Euro 2020 page - this way you can always get the latest and most interesting news about the big event next summer!

You can find the Euro 2020 page right here